Legislation may be pushed to next session 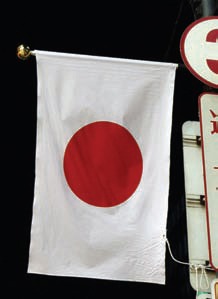 A member of the House of Representatives of the Japanese National Diet reportedly told analysts at CIMB Securities Ltd. that the country’s integrated resort bill is likely to pass in the current parliamentary session, legalizing casino resorts in the country, said analysts Michael Ting and Jensen Poon in a note late last month.

“We were told that the Promotional IR bill has a 70 percent chance of passing by the end of the current Diet session on September 27,” wrote analysts for the firm. They then cautioned, “Given the delays in the past, we will not be surprised if the passing of the Promotional IR bill gets further delayed until next year’s Diet session. Given the expected lengthy discussion period for the follow-on Implementation IR bill, tender and construction processes, our early best-case scenario is for the Japanese casinos to begin operations well after the 2020 Japan Olympics, possibly 2022.”

The main Diet session of the year ended in May, but the parliament will continue to meet until September 27 in a so-called “extraordinary session” to pass legislation considered urgent by the government of Prime Minister Shinzo Abe.