Approval is imminent on a bill that could result in an integrated casino resort in Japan. 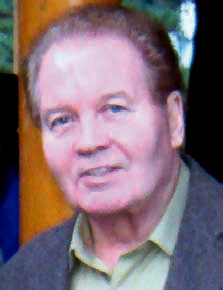 Recently, I visited the Tokyo offices of Issei Koga, chairman of the Diet’s bipartisan Casino Committee. My intention was to receive firsthand the most current information on the Japan gaming process.

I was advised that the initial promotion law bill is complete and ready for submission to the Diet for review and approval. The actual timing of the submission has not been determined, but I was assured that this would take place later this year. I was also advised that there was a 50-50 chance that the bill will be approved and passed prior to the end of 2011, and a 100 percent chance of it being approved and passed by June 2012.

Once passed, the cabinet takes over and the promotion law bill, which is a bare-bones bill, will be assigned to a ministry. Once assigned, the ministry’s civil servants will take over and fill in all the details to turn it into an implementation law bill.

This process is expected to take two years, simply because this law has no precedent in Japan; they are starting from day one to introduce a completely new industry into Japan, and an industry of which the ministry has no prior knowledge.

It is expected that there will be a public comment, and it’s important for interested parties to retain representatives who have access and industry knowledge to advise in crafting the implementation law bill in order to create a win-win for everyone.

The individual host local governments will receive the authority to identify the specific gaming company or companies with which it wishes to be associated. In this context, it’s important that the companies reach out early to these individual local jurisdictions. It will be a “beauty contest selection process” for local governments selected to receive the authority to issue licenses, and their selection will be based on the strength of their presentation and demonstrated need.

The proposed host local governments do not have the resources or knowledge to do this on their own, so it is crucial that interested parties quickly create a relationship with a proposed host jurisdiction/community, identify a specific property, provide economic feasibility studies detailing job creation and in-bound tourism statistics, and create some iconic designs.

With this package complete, it should then be shared with the regional community to develop a strong consensus. Remember that Japan will not do anything without a positive consensus being in place.

While Tokyo could undoubtedly be the biggest prize of all, it might also be déjà vu. Recall that a number of years ago, Tokyo Governor Ishihara dropped the casino initiative to focus on and pursue the 2016 Olympic Games. That effort failed, but now the governor has decided to pursue the 2020 Olympic Games, and the decision on awarding the location by the Olympic Committee will not take place until 2013. It might require some heavy lobbying to convince the governor that he can have both the Olympics and a casino.

Osaka will receive strong support from the very positive Governor Hashimoto. Due to the strong efforts of Penn National Gaming, Kyushu already went through most of the recommended local government process in the 2006-2008 time period, and has maintained good relations ever since with the local constituencies. Both Okinawa and Hokkaido will be high on the central government’s list, because both are relatively depressed communities which the government is highly motivated to support.

Koga does not have the funds to promote this bill within the Diet, and more importantly to promote the IR concept to the general public. The general public education process is important in order to provide them with an understanding of the benefits that an integrated resort can bring to their community in terms of substantial direct and indirect job creation.

This type of public promotion is exactly what we’re pursuing right now in Korea. In Japan, a private group will take on the task of educating the public, and they will do this with funding from major Japanese developers and other interested constituencies which they hope will also include the gaming industry.

My final advice is that interested parties, instead of lobbying the central government, should get out into the country and develop a relationship with a local and prefecture government, because these are the constituencies who will make the decision on with whom they will partner.

The central government is always happy to meet with major overseas companies, but their job for now is completed once the bill has been submitted.

This is my summary, based on my having “worked” on the casino process in Japan since 2002. For the past five years, I’ve been living in Korea, and have used some of the knowledge and relationships gained in Japan to assist in the Korea integrated resort initiative, while at the same time keeping in close touch with Japan. The Korea Initiative appears to be moving along quite well, but its success will have no effect on the Japanese timing. The Japanese will do their own thing in their own time, and will not be pressured or intimidated by what their neighbors are doing in the gaming space.