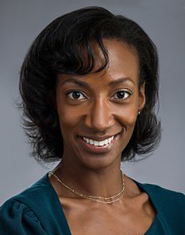 Eldorado Resorts bought the Tropicana in Atlantic City in 2018, and it became part of Caesars Entertainment when Eldorado bought the gaming giant in 2020. Soon after that, Jacqueline Grace was named general manager of the property. A longtime executive with Caesars, Grace got her start in gaming as a President’s Associate in Atlantic City, a prestigious program at Harrah’s/Caesars that has produced many top leaders in the industry. She spoke with GGB Publisher Roger Gros via Zoom from her office in Atlantic City in May. (See video below).

GGB: You’ve been at the Tropicana now for about two years. What has been the most important lesson you’ve learned during that time?

Jacqueline Grace: My first two years at the Tropicana have been dynamic, to say the least. I started shortly after the Eldorado and Caesars merger, and smack in the midst of a pandemic. So there have been lots of complexities in addition to managing an already complex operation. We’ve been really busy on everything from integrating casino systems to reimagining our food and beverage footprint to driving employee engagement. That said, it has also been really fun.

But probably one of the most important things I’ve learned is about the pride of this Tropicana team. We celebrated our 40-year anniversary back in November and we had 54 day-one team members, and quite a few not far behind them. So what I really learned is how passionate and dedicated this team is to the Tropicana. People often use the word family to describe it. And it really is that.

You had the disadvantage of starting during the pandemic. How did you navigate your way out of that?

That was indeed a bit challenging to start at a property during the pandemic. The easy part was implementing all of the health and safety protocols that were required at the time, and by no means was that easy work. There was a lot of heavy lifting, but the team did a fantastic job. So I’m particularly proud of that. The more difficult work in my mind was navigating through and managing the morale of the team. So I really focused on two things—trying to get the message out to the team about what you can control what you can’t, and then practicing gratitude. And I think that went a long way with helping us ride that wave and then come out on the other side, a stronger and even more resilient team.

How important is retail and the dining and entertainment section of the hotel, the Quarter, to the success of the Tropicana?

The Quarter is incredibly important to the success of the property. With over 15 restaurants, 20 shops, 15 bars and lounges between the Quarter and the rest of the property, there’s so much variety there, and the lion’s share of those options are located in the Quarter. It gives us an opportunity to attract a pretty diverse crowd—folks who are just looking to do everything gaming or folks who may not be interested in gaming, but they want to have a good meal, a great drink, or do some shopping.

You just announced a lot of new food and beverage outlets and entertainment features. How are they going to fit into your current mix?

We are so excited about the new food and beverage concepts. The additions are part of the Caesars Entertainment commitment to invest $400 million into its Atlantic City resorts by 2023. And building on the Tropicana success over the last four decades, we are really thrilled to expand our offerings. And we are offering and introducing an unparalleled eight new concepts throughout the rest of the year.

When Eldorado took over Caesars, there were adjustments to the Caesars Rewards program. Some customers have been a little critical of that, so you how do you explain those changes?

As we integrated the Tropicana database into the Caesars Rewards network over the last year, it was quite a tremendous undertaking. I am really grateful to our team for doing an incredible job on that.

Overall, I’d say these changes are overwhelmingly positive and I hope our customers would agree. Caesars Rewards has been, and still is, the most prominent loyalty program in the country. Here in Atlantic City, we can now offer our guests more ways to earn and more ways to redeem rewards. Not only is the experience the best of what AC has to offer at the Tropicana, Harrah’s or Caesars, but also by being a part of Caesars Rewards, we have the opportunity to offer our customers really great gaming and entertainment experiences across the country at some of our other destinations, including Las Vegas, Lake Tahoe and New Orleans.