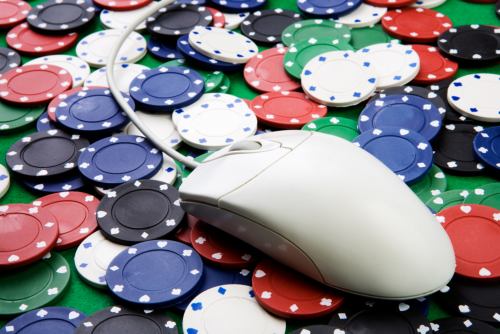 It was some kind of justice that descendants of American Indian victims of the genocide surrounding the California Gold Rush would gather at an Indio casino last June to begin renegotiating tribal-state regulatory compacts for what has become the nation’s largest Indian gambling market.

“The mood was mostly positive,” Michael Lombardi, gambling commissioner for the Augustine Band of Cahuilla Indians, says of the meeting with Jacob Appelsmith, aide to Governor Jerry Brown.

“Appelsmith’s message was, ‘We respect you as governments. We want to engage in a respectful, government-to-government process.’ Everything he said supported that.”

The likelihood that compacts with most of 59 tribes operating 60 casinos would be extended 20 to 25 years means California’s $7.4 billion tribal gambling industry will grow even larger.

Meanwhile, there are ongoing efforts to launch a statewide, multibillion-dollar internet poker industry.

And there is also a legislative proposal to legalize sports wagering.

California tribes, card clubs and legislators are largely in agreement on bill language to legalize online poker. But legislation is bogged down by the inability of a few politically powerful tribes to agree on who should take a leadership role in the bill-making process.

“This is all ego-driven,” a lobbyist who requested anonymity says of the Indian wars over online gambling. “It’s that simple.”

Regardless of what transpires in the tribal squabbles over internet poker, it appears California has usurped Nevada as the nation’s gambling mecca.

California’s 60 tribal casinos and approximately 75 operating card rooms combined in 2010 to win more than $8.2 billion, according to several sources.

The lottery in 2012 reported $1.8 billion income on ticket sales of $4.3 billion. And parimutuel racetracks paid out $2.4 billion on $2.9 billion in wagers, a net win of $400 million, according to the California Horse Racing Board.

The approximately $10.4 billion in gross gambling revenue generated by casinos, card clubs, racetracks and the lottery puts California on a par with Nevada casinos and slot machine outlets, which in 2012 won nearly $10.3 billion, according to the Nevada Gaming Control Board.

Californians’ propensity to gamble dates to the Gold Rush and European settlement in the mid-1800s.

It was a violent, racist era.

In an effort to rid the state of its indigenous peoples, Sacramento lawmakers offered a bounty to militias who roamed the countryside, murdering and kidnapping Indian men, women and children.

Gambling was widespread. And legal card rooms have been in existence for more than a century.

Poker remains the game of choice.

“California has had a long association with poker,” says Eugene Johnson, vice president of market research and online studies for Spectrum Gaming Group. “You go back to the Gold Rush days, gambling has always been a big thing in California.”

Tribes and card clubs have been working with legislators for four years in an effort to legalize online poker, spurred on by analysts who predict California’s 38 million citizens would generate a third of the nation’s internet gambling market.

H2 Gaming Capital predicts internet poker in California would total $648 million in wagers the first year, a figure it said would grow to $1.13 billion in five years.

Online poker wagers for years have been going to offshore websites.

“Even though there are no California internet operations, California is one of the largest and most lucrative gaming markets,” says state Senator Roderick Wright, chairman of the Government Organization Committee and sponsor of enabling legislation.

“The only stakeholder not benefiting are the people of California, who are watching this money get exported out by the boatload, from which we receive no benefit. And we have no ability to protect the California consumer.”

While Wright struggles to get tribes to reach consensus on online poker, his legislation to legalize sports wagering should a federal prohibition be lifted failed for the second year to make it out of committee.

Wright pledged to renew the effort.

Two online wagering bills have been introduced in the California legislature, one (SB51) sponsored by Wright and a second (SB678) by Senator Lou Correa. The Correa bill is being drafted in cooperation with a group of some 15 tribes headed by the San Manuel Band of Serrano Mission Indians.

A third proposal is being offered by a coalition of eight tribes, including the Pechanga Band of Luiseño Indians.

The San Manuel bill draft and what has been dubbed the Pechanga proposal seek a greater role for tribal regulators.

Although language in the two tribal proposals is reportedly similar, efforts to reach consensus on a single bill have been futile.

The Pechanga group has expressed displeasure with San Manuel for pulling out of ongoing tribal discussions and participating in the now-defunct COPA, a coalition of some 60 tribes and card clubs seeking enabling legislation.

“Why should we reach out to them? They left the group,” says lobbyist David Quintana, who represents three tribal members of the California Tribal Business Alliance, partners in the Pechanga coalition.

Jacob Coin, San Manuel’s executive director of public affairs, says the tribe has extended a conciliatory hand to Pechanga and its coalition, sending them revised drafts of SB678. But efforts to discuss the matter have fallen on deaf ears.

“We’ve taken an all-inclusive approach to this bill and have asked Indian country to discuss it with us,” Coin says. “We’ve been open with our draft. We’ve shared it with Pechanga and everybody else. They have not responded to our outreach.”

“No one can be irritated by the process San Manuel has taken,” says tribal attorney Jerry Levine. “They’ve been totally transparent and inclusive.

Tribal squabbling is trying the patience of legislators and their aides, one of whom outwardly sighed when discussing the matter.

“It’s sad that they can’t at least have a discussion,” said the aide, who requested anonymity.

“We don’t want to see something that isn’t right for tribes, but we also want them to get past the infighting over tactical, technical trivialities,” he said.

“I think that something could be put in place fairly quickly if those can be overcome.”

Balancing the legal, government status of tribes with an online poker industry that would include commercial card clubs and perhaps parimutuel racetracks and advance deposit wagering (ADW) operations has proven to be difficult.

Online poker in California would not be conducted under the Indian Gaming Regulatory Act, which governs tribal casinos and gives tribal commissions primacy for regulating the industry.

But many tribes, particularly those in the Pechanga coalition, seek a “presumption of suitability” for licensing and, in general, some recognition, if not respect, for their governmental sovereignty.

Wright, meanwhile, is steadfast that participants in online poker form LLCs with officers subject to background investigations and licensing by the state Gambling Control Commission. Wright is taking a hard line on the issue because the state Department of Justice has advised him of the legal obstacles in attempting to license a tribal government.

“The asset (online poker) belongs to the state and the state will develop the scheme as to how the asset is managed,” Wright told delegates to the National Council of Legislators from Gaming States (NCLGS) meeting earlier this year in Las Vegas.

“Everyone who participates in the scheme will be totally subject to California law.”

Having said that, Wright and others are not in disagreement with Pechanga Chairman Mark Macarro’s suggestion that allowing tribes a regulatory role could provide resources and expertise needed to speed up launching the industry.

“We have a lot of experience as tribes—collectively—with the game of poker and in particular regulating that game,” Macarro says. “Not only should that not be discounted, it needs to be brought to the fore.”

A “false front” clause in the Pechanga proposal intended to both limit eligibility to tribes and card clubs and prevent financing by online poker vendors is believed to be targeted at the Rincon Band of Luiseño Indians and United Auburn Indian Community. Rincon has a management agreement with Caesars Entertainment, and United Auburn is a partner with online giant bwin.party entertainment.

The popular Caesars brand and the deep pockets and online expertise of bwin could give Rincon and United Auburn, owners of the Thunder Valley hotel casino, a competitive advantage.

A source familiar with the San Manuel and Pechanga proposals says legislating limits on license eligibility could lead to lawsuits on constitutional grounds. The court action would delay launching the industry.

“The marketplace is going to determine the winners and losers,” says the source, who requested anonymity.

“If the state issues six, eight, 10 licenses, in a matter of a year or two, three or four will become the key platform operators are going to migrate to.

“Pechanga may fear Thunder Valley and Rincon. They may view them as 800-pound gorillas. The real 800-pound gorilla is PokerStars,” the online poker giant targeted with Full Tilt in the 2011 “Black Friday” crackdown by the U.S. Justice Department.

“They’ve been hovering around the Capitol and have been for the last two months.”

PokerStars and Full Tilt would be prohibited in “bad actor” provisions in the Wright bill and in the Pechanga proposal from obtaining a license.

The firms were indicted for accepting wagers in violation of the Unlawful Internet Gambling Enforcement Act (UIGEA) of 2006. The cases were later dismissed.

PokerStars, reportedly in partnership with the Hawaiian Gardens card club, hired former U.S. House Democratic leader Dick Gephardt to lobby Sacramento lawmakers in an effort to do away with “bad actor” prohibitions.

It would be advisable, Encinas says, to leave suitability issues to the state Department of Justice as the industry regulator.

“Why write legislation that would take them out?” Encinas asks. “Let the Department of Justice do their job.

It would be unwise to put down a $50 million license fee deposit and pay a $5 million background investigation for a business partner with a questionable history, Encinas says.

“If you’re stupid enough to pay $5 million knowing they’re going to have issues, do it,” he says. “The Department of Justice is going to do their job. They’re going to say, ‘You did what you did. We’re not licensing you.’”

Legislation May Not Be Close

Online poker legislation is not likely to reach a vote before the end of the year. And it’s not certain how much tribal consensus is necessary to get a measure through the Senate and Assembly.

But the San Manuel group has enough political clout to block any legislation that puts restraints on Rincon, United Auburn and their partners.

Rincon published a full-page advertisement in the Sacramento Bee urging tribes and the legislature to avoid “delays and obstruction” that make the state “vulnerable to federal legislation.”

Robert Smith, chairman of both the California Tribal Business Alliance and Pala Band of Luiseño Indians, wrote an opinion-page article advising tribal leaders and legislators not to be “shortsighted.”

“We must methodically develop and implement public policy that is smart, thoughtful and well-researched,” Smith said.