It's a brave new world for regulators. Are they up to the challenge? 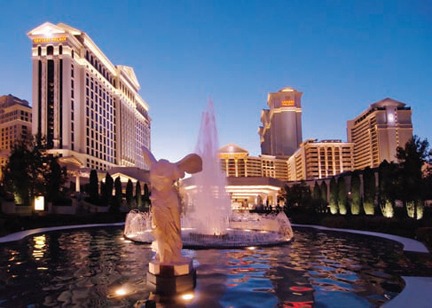 Starting in 2008, I began working as a consultant to the state of Kansas as that state worked to introduce casino gaming within its borders. It was a most pleasurable engagement, and many of the people involved with the state have remained my friends, in particular the person I reported to, Mr. Keith Kocher.

My primary effort on behalf of Kansas was to ensure that the prospective bidders met the test of being capable of operating a casino, at least as defined by the Gaming Act, and that they possessed the financial wherewithal to ensure that their vision for the casino they wanted to introduce into the state could become a reality. This latter task was a bit challenging, since my engagement with Kansas coincided with what came to be known in the United States as “The Great Recession.”

During this time, there was a substantial deterioration of many of the gambling firms’ balance sheets, and this was being further compounded by the fact that access to finance capital was becoming more uncertain and problematic by the day.

In many ways, this was the consulting engagement that would just not go away. About the time I thought my efforts were concluding, someone would drop out of the Kansas process, a bidder’s financial conditions would dramatically change, or there would be some other unanticipated event that would send the state again asking for my assistance.

I would be off minding my own business somewhere, and Mr. Kocher would call wanting to get the band back together again. Such was the case in the late summer of 2010 when I was contacted to perform a thorough analysis of the financial wherewithal of Harrah’s Entertainment.

At this time, Harrah’s was the largest gambling company in the world, just about any way it could be measured. It had somewhere in the neighborhood of 50 properties distributed around the globe, had a huge database within its loyalty program, serious revenues, and a substantial workforce.

It also had, as a result of its acquisition by Apollo Global Management and Texas Pacific Group in 2008, a substantial amount of debt. As a result of its size, its geographic dispersion and its debt load, the analysis I was asked to perform was, at least by my standards, complicated.

I set off to undertake this task by heading to a dear friend’s house located in Mission Bay, a beautiful seaside area in Southern California. My friend was running around Hawaii at the time, so I assumed the cat- and dog-sitting tasks, and dove into Harrah’s financials with a reckless abandon.

I maintained this status for about 10 days, working about 14 hours a day. Several times during this effort, I would email my supervisor back in Kansas with the message, “I have fallen in Harrah’s financials and can’t get up.”

The point is, this was a lot of work, it seemed to have a great many moving parts, and they were moving all over the place. At the end of this 10-day session, I wrote my report for Kansas and suggested that I believed that Harrah’s had the financial wherewithal to accomplish what it said it was going to accomplish, and I returned to doing whatever it was that I was doing before this assignment.

I would never make an effort to claim that I am the sharpest pencil in the box when it comes to financial analysis. I have been involved as an executive in the gaming industry for a significant number of years, however, and my education included more than 11 years in economics as an undergraduate and graduate student.

I am somewhat comfortable in financial terrain, even when it is a bit bumpy. The Harrah’s experience did teach me, though, that I had met the upper boundary of my ability to not hurt important parts of my brain trying to figure out just what was happening on all of the myriad schedules, spreadsheets, debt instruments and other boxes of materials that the company provided to me to explain its financial situation.

This was a ton of work, it made my head hurt, and it was damn complicated.

Since this engagement, I have continued to casually follow the story of Harrah’s, which changed its name to Caesars Entertainment shortly after my analysis was completed. Furthermore, in following the news of late, I would suggest that this company’s financials have become more complex since I was looking at them, by a factor of n, where n is a pretty big number.

And given that I was at the limits of my game back before the n multiple came into play, there is absolutely no way that I could tear through these new financials and arrive at any meaningful understanding as to what is going on within them today. As a regulator, I am then forced to ask the question, who can?

It has been my good fortune to work in many markets across the United States and the world. In these travels I have met some extraordinarily talented regulators. And I am comfortable that there are a handful who could rip into the complicated financial structure of some of the bigger gaming concerns and understand the plot line.

Unfortunately, while there are a handful of regulators who could do this, there are more than a handful of states that regulate gaming. This implies that some of these regulatory entities are going to be well beyond their comfort zone in doing a deep-dive into many a gaming firm’s financials.

This leaves two choices for these entities: either hire an outside party to assume this task, or pray that the other states that have looked at the firm got it right, and send it down the approval chute.

I like to call this latter choice regulation by prayer.

Furthermore, if recent news has taught us anything, it is that these financial structures are only going to become more difficult by way of the fact that the recent spurt of mergers, in particular in the manufacturing sector, are yielding some very large firms with complicated financial structures that are spread across the planet.

Imagine the poor regulatory agency that just opened the mail to get the applications for the new GTECH entity, the new Scientific Games, and just for good measure, from Caesars and Amaya. That load could keep some regulatory staffs busy into the next century. And this is only the financial side of the regulatory challenge.

Let’s take a look at what is happening in technology. We have slot machines on our casino floors that have more computing power than the early satellites that this country sent into space. These beasts have player tracking and accounting systems attached, TITO printers and readers, programmable graphic packages, bill acceptors, and who knows what tomorrow will bring?

These devices can be attached to servers offering downloadable programs to control many attributes of the game. Sitting at that machine, someone can be making in-game sports wagers on a mobile application, and that casino is also hosting players on its iGaming systems who may be driving in cars 200 miles away from the casino, and each playing on eight different poker games.

As the regulators are reeling in shock from this reality, there are 27 game approvals waiting in the queue, and the state wants to legalize some new form of technological wizardry in an attempt to fill a budget hole.

In the modern world of regulation, there are companies being regulated that are almost as big as the states that are attempting to regulate them. These firms can and do hire the best and the brightest, and can offer incredible compensation and benefit packages. If these companies need additional help they can hire some of the top-notch experts in the world.

In the United States, gambling has been an issue of states’ rights. This has resulted in a mass of individual regulatory agencies, each operating within the borders of one state. Unfortunately, these agencies tend to become sequestered; that is, they are too often self-contained and operating as independent agents oblivious to what is going on in the other states.

While one might then suggest that the federal solution may prove appropriate, the federal government really has convincingly demonstrated that it cannot solve anything—with an emphasis on the “anything”—so this option really is not available. What to do?

As the gaming industry continues to grow and concentrate, we regulators need to join hands across our state boundaries. In order to ensure a well-regulated industry that can continue to generate tax revenues, employment and investment, it is going to take a village, and that village needs to be comprised of diverse and different state regulatory agencies working together toward a common set of goals. We need to share insights, information, successes and failures.

The system then collapsed, while the financial regulators basically fiddled. It has been suggested that what one doesn’t know can’t hurt them, but failure of a regulatory entity to understand, and to know, can be absolutely catastrophic to the underlying ecosystem.

We, as regulators, need to catch up, and we need to start now.