The absurdity of the skill-versus-luck debate 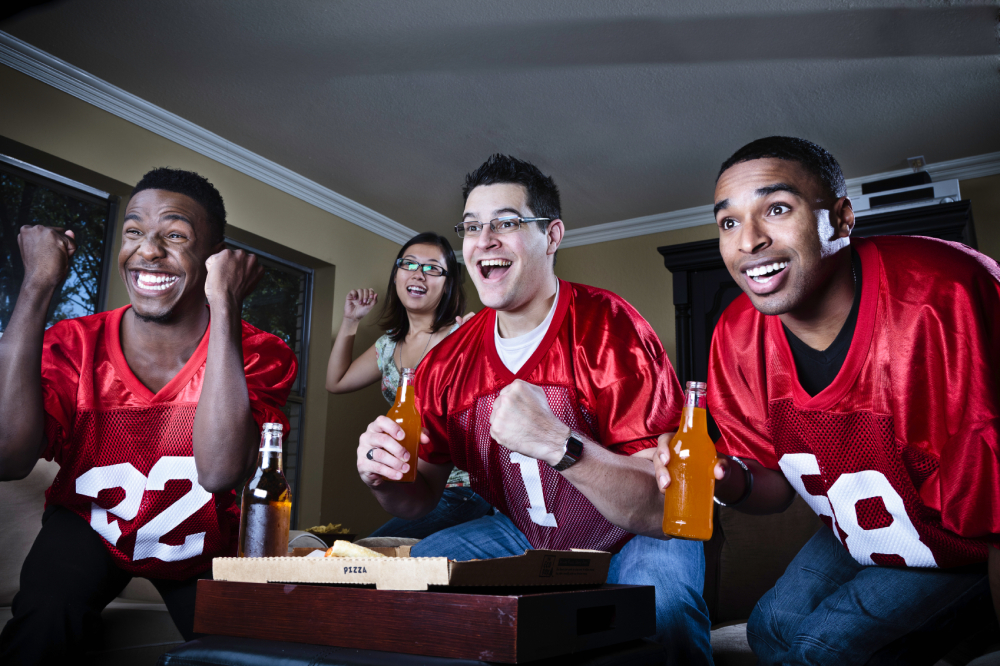 There is a memorable scene in the movie Pulp Fiction, where Samuel L. Jackson’s character, Jules, is trying to convey the seriousness of the situation he and Vincent, played by John Travolta, are facing. In a frantic phone call to his boss, Jules explains how the things could quickly go from bad to worse, saying, “You’ve got to appreciate what an explosive element this Bonnie situation is.”

In October 2015, the daily fantasy sports industry faced its own Bonnie Situation… sans the blood-soaked car and appearance by Harvey Keitel. The DFS industry’s travails kick-started a discussion in the gaming world: the skill-versus-luck debate.

On the heels of an unprecedented media blitz DraftKings and FanDuel had been engaging in for several weeks, the industry found itself in the legislative crosshairs after a DraftKings employee by the name of Ethan Haskell released proprietary data several hours ahead of schedule. Haskell’s faux pas was amplified by his $350,000 second-place finish in a major DFS contest on a rival DFS site that very same week.

What followed was 12 months of scrutiny by state attorneys general and lawmakers, leading to several AG opinions being proffered, and DFS bills being drafted in dozens of legislatures—to date, nine states have legalized DFS in various capacities.

At the center of these debates was how DFS fits (or doesn’t fit) into a state’s current gambling laws. This has since morphed into the overarching question of skill versus luck in gambling, and what makes something gambling.

In part, the DFS industry was able to get legislation passed by steadfastly describing its contests as a game of skill. This has worked in some states, and fallen on deaf ears in others.

“Obviously, the skill argument has been the daily fantasy industry’s go-to talking point,” ESPN Chalk writer David Purdum says. “So, if you define gambling as an activity that hinges on chance more than skill, I would agree that daily fantasy is not gambling.

“However, while daily fantasy may not be slots or roulette, I certainly believe there’s some gamble to it.”

And it’s this question—how do we quantify the level of skill a game possesses?—that many states are wrestling with. The reason the answer is unclear has a lot to do with the motley and often-contradictory gambling laws states have to work with.

Some states used what’s known as dominant factor test (where skill outweighs chance) to determine if something is or isn’t gambling.

Other states use what’s known as the material element test, which says if chance plays a material role in the outcome, it’s gambling.

A third group of states uses what’s known as the any chance test, which says any amount of chance is enough for a game to be considered gambling.

In a 2015 Wired.com column, Chris Grove of Narus Advisors, the publisher of legalsportsreport.com, explained how the subjective nature of most of these laws makes it difficult to come up with a consistent framework of laws governing gambling. “It’s fundamentally a matter of opinion,” Grove told Wired. “It’s one of the single most frustrating points of gambling law.”

Grove’s frustration highlights the fact that gambling laws don’t provide lawmakers and policymakers clear guidelines when it comes to what is and isn’t gambling.

“For me, I know I struggle with trying to figure out exactly when the proper point is to measure how much skill is involved in an activity,” Purdum says. “Is it when the bet culminates, which in poker would be one hand in cash games, or one game in sports betting?

“I would think most experts would take a much more long-term view. But how long? How do you know if over a lifetime of betting on sports or playing poker that my skill or lack thereof prevailed?”

With the exception of the “any chance” test, the inherent subjectivity of these laws explains why you can have two states, with similar tests for skill vis-à-vis chance, reach two different conclusions when it comes to DFS.

In New York, where the threshold between skill and gambling is a version of the dominant factor test, Attorney General Eric Schneiderman concluded DFS is gambling. DFS has since been deemed a game of skill by the legislature, thereby falling outside the purview of gambling laws and gaming regulators.

In Nevada, which also uses the dominant factor test, DFS was also determined to be gambling by the attorney general, and operators are required to be licensed and regulated as gambling operators by the Nevada Gaming Control Board.

The Blurred Line of Games and Gambling

DFS isn’t the first game to test these boundaries, nor it will it be the last.

New products and new variations of existing games are popping up all the time. Further complicating this is the recent phenomenon of products pushing the envelope when it comes to how close you can get to gambling without becoming gambling. This can be done to avoid the high taxes and robust regulations games of chance often face, or as a means to skirt an existing prohibition on a particular type of gambling, such as sports betting.

Daily fantasy sports may be the best known of these new products that have been specifically crafted to not run afoul of the country’s antiquated gambling laws, but it’s certainly not alone.

Virtual sports, eSports, skill-based slot machines and social casinos are all new products that gaming regulators and lawmakers are trying to wrap their heads around and decide how to classify.

Because many of these products were carefully designed to fall outside the classic definition of gambling (DFS was designed to comport with the fantasy sports exemption in the 2006 Unlawful Internet Gaming Enforcement Act), the efficacy of current gambling laws has been found wanting, and the overarching question of what is and isn’t gambling remains elusive.

As Purdum puts it, “Until a high court rules definitively on whether daily fantasy constitutes a game of skill or chance, you’re going to be able to argue both sides.”

And even then, this hypothetical court decision would have to play out in multiple states to cover the different variations of the skill-versus-luck test.

Let’s Go Even Deeper Into The Weeds

The amount of skill and the amount of luck is where most of the debate is taking place, but it’s only one part of a bigger puzzle.

“While the skill-versus-chance debate received a lot of attention during the past year in the context of daily fantasy sports, the importance of the issue is sometimes overblown,” says Ryan Rodenberg, an associate professor of sports law analytics at Florida State University. “In some states, the relative level of skill and chance is irrelevant. Likewise, the IRS’ definition of a ‘contest’ explicitly includes skill-based competitions for purposes of the federal excise tax applicable to wagers and pools.”

Another consideration that often determines how a game is perceived is the game’s rules, and whether or not the mechanics of the game allow a player to beat the game.

For example, blackjack is skillful, but most players don’t consider it a game of skill under the standard rules used by most casinos because it’s impossible for the player to have an edge, card-counting not included. However, if a casino were to implement some player-friendly rules—paying 2-1 on all blackjacks, for example—the game becomes beatable, and depending how high a player’s edge becomes, the perception of the game might start to shift from gambling to a game of skill.

This can also work the other way. The structure of poker games or DFS contests allows the top players to beat the game in the long run. That being said, if a casino decided to increase its poker rake cap from $4 or $5 to $10 or $20, poker would no longer be beatable. Poker would in effect become blackjack, a game with no trivial amount of skillfulness, but a game that has a negative expectation.

Beyond a game’s beatability, there is another major difference between blackjack and poker that comes into play—playing against peers or the house. If a casino offered beatable blackjack, every player would be able to beat the games simply by making the right decisions. This isn’t the case in poker, because it’s a peer-to-peer game.

In poker, skill is relative. In poker, the 10th worst player in the world can still be the best player in the game, and make profit, if he’s playing against the only nine people on the planet worse than he is.

DFS is in a similar situation. And this leads to yet another element that needs to be addressed when we discuss gambling. In peer-to-peer games, you’re gambling on being better than your opponents. This unknown element would even be present in chess. If I sit across a chessboard from an unknown person, we’re playing one of the purest games of skill. But, if we, or observers, place a wager on who will win, we’re now gambling on who is better at chess with some amount of incomplete information.

Is There An Easier Way?

This raises yet another question. Should any of this really matter when it comes to determining what is and isn’t gambling?

In a perfect world, no.

“There have been millions of dollars spent litigating whether DFS is a game of skill or a game of chance, and if it’s some skill is it enough skill to make it avoid the regulations of games of chance,” Massachusetts Gaming Commission Chairman Stephen Crosby says. “That just makes no sense to me.

Crosby indicates the speed of innovation in gaming requires a certain nimbleness just to keep up, which is why the MGC chairman has advocated for a much broader definition of gambling that would eliminate the legislative and judicial morass the skill-versus-luck debate has created.

On this front, Crosby calls for defining gambling as “something along the lines of purchasing an opportunity to win an award on a future event,” adding that if a game has those three elements, it’s gambling and can be regulated as such.

Crosby isn’t the only person who feels this way. Purdum echoes his call for more nimble, streamlined laws, saying, “Things move quickly in the gaming world, so making sure the laws are adaptable and, again, broad makes the most sense to me.

“If I had a magic wand, I would take on a massive overhaul of our gambling laws, creating broad parameters that don’t rely on skill versus chance to determine which games require what level of regulation.”

This streamlining of gambling laws would put an end the never-ending cycle we see every time a new game comes on the scene: a period of where the market is unregulated that usually ends in scandal, followed by debates in legislatures, and hopefully some type of legislative action.

Instead, we would have a framework to create consistent gambling laws that don’t favor an established product over a new one, or raise legal questions about the definition of gambling or how a game fits into current laws.

Bottom line: Until gaming laws are streamlined and updated for the 21st century, with consistency and adaptability as their core components, what is and isn’t gambling will continue to be a question without a good answer.

As Purdum succinctly puts it:

“I really hope, when the U.S. finally modernizes its badly outdated gambling laws, lawmakers lessen the dependence on the skill-chance element as a determining factor.”