The lingering challenge of payment processing 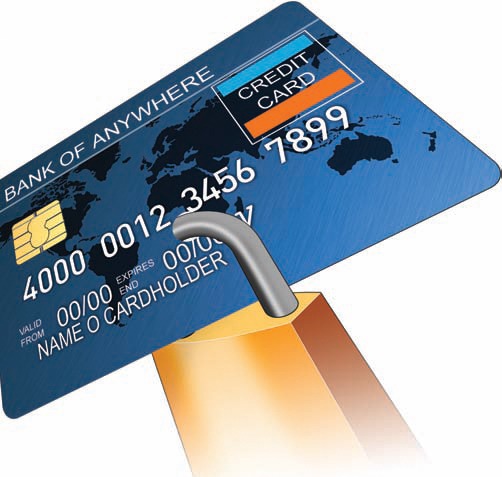 Poker people are often quick to point out that a new (or “casual”) player’s first online poker experience is critical. Ideally, the player has some fun for a length of time relative to the size of his deposit. Even (or especially) if he loses, as long as he feels the playing experience was worth his time, he’s more likely to deposit again.

But the nightmare scenario for operators is seeing the same player make a deposit, begin to play, and get eaten alive in a heartbeat, either by bad luck or ruthlessly superior adversaries. In this scenario, the player blows his roll much faster than he had wanted to, and of course, he’s unhappy.

Afraid to lose this player forever, operators try to make amends by pampering him with incentives to keep depositing, such as a “reload bonus.” Sometimes this works. Too often, however, the player’s fate is sealed. He ain’t coming back. As much as he may like to play poker online, everybody’s got a threshold, past which things simply aren’t worth the hassle anymore.

This parable can be applied to the player’s depositing experience, which precedes the start of his play. The growth of U.S. regulated iGaming continues to be inhibited, to no insignificant degree, by deposit-related complications. And just like at the virtual felt, if the player becomes too frustrated during the process, it can cost the operator future revenue.

Payment processing has been a scapegoat for New Jersey iGaming’s supposedly lackluster results since day one. For the first few weeks of operation, depositing options were limited, and successfully funding an account became a lottery of its own. Accustomed as they are to using credit cards without incident for so many of their online transactions, Americans pulled out the plastic to make their first online gaming deposits.

And found out it wouldn’t work.

To Americans who had tried to gamble online before, this was a familiar experience. Depositing via debit and credit cards had been tough to do for years, especially after the passage of the Unlawful Internet Gambling Enforcement Act in 2006. But state-regulated iGaming in New Jersey wasn’t unlawful. The state had legalized it and its Division of Gaming Enforcement was regulating it, with the dispassionate but transparent approval of the Department of Justice. If so many law enforcement agencies agreed state-regulated iGaming was legit, who else wasn’t playing ball here?

Banks weren’t. They have final say over which credit card transactions go through and which are denied. The card companies—Visa, MasterCard, etc.—are merely responsible for letting banks know what kind of transaction is being attempted. They do this through the use of Merchant Category Codes (MCCs), which describe the business category of the transaction. Retail? Real estate? Religious goods? Yes, there’s a code for each of those, just like there is for “betting and casino gambling:” 7995. Logically enough, this is the code card companies assigned to U.S. iGaming deposit attempts. Therein lies the problem.

For close to a decade, U.S. banks have been conditioned to treat 7995 online transactions like malware. UIGEA may have been vaguely worded, but one message was clear enough to the banks: get caught processing money for “unlawful” internet gambling, and you’re committing a federal crime.

Banks did not have to take this on faith. They saw what happened on Black Friday—a catastrophe caused largely by suspicious banking practices involving online gaming transactions. For the banks, this was enough to hold off. But along with legally motivated hesitation, there was also a good deal of business-minded discretion.

Consumers overlook the length to which banks will go not just to avoid doing something illegal, but to do what’s in banking’s best financial interest. “Banks have to be able to make money too,” says Joe Pappano, senior vice president of merchant sales at payment-processing vendor Vantiv. “Right now, they are struggling to drive revenue. In the U.S., we have had historically low interest rates. Banks aren’t making money on their NIM (net interest margin) through lending and things of that nature. So they’ve got to pivot toward other businesses.”

According to Pappano, any decision a bank makes to either accept or refute new transactions has real bottom-line consequences. Echoing what much of the industry now believes, Pappano says the current U.S. iGaming industry simply isn’t large enough yet to turn it into a financial priority for the banks. “Right now, only 3 percent of the U.S. population has the ability to actually conduct a legal internet gaming transaction,” he says. “The ROI for a financial institution to change its acceptance strategies is not yet large enough.

“But if California and Pennsylvania were to launch state-regulated internet gaming, those two states plus the three currently offering state-regulated iGaming would equate 20 percent of the U.S. population, and now that becomes meaningful.”

The banks’ apathy was disheartening, but after years spent trying to get home-grown iGaming off the ground, the industry was not about to let it die so complacently. So-called “alternative” payment methods gradually became less alternative and more commonplace. Relatively quickly, options like ACH (e-checks), e-wallets (Skrill, Neteller) and OTC services like PayNearMe proved to be reliable ways to inject some cash into accounts, meet consumer demand for action, and thus enable operators to make money.

But the credit card issue cannot, to this day, be swept under the rug. This is, after all, Americans’ preferred way of paying for anything online—and when it does not work, consumers are wary. The alternatives, effective as they may be, seem at best totally alien, at worst outright uncomfortable. ACH? What is that? My bank account number? How should I know? Plus, why do you care? (My Social Security? OK, get lost.)

Banks thought they were protecting their bottom line, but iGaming operators had to worry about their own, and the credit card issue was evident. As CIO of Caesars Interactive Entertainment, Marco Ceccarelli oversees payment processing for all the company’s global brands, including U.S.-facing iGaming. “Money in is a key factor that is directly associated with revenues,” he says. “Let’s not forget that people today don’t have a Rolodex of credit cards. If someone gets their deposit declined, it’s very hard work for all the operators to convince them to try another method.”

In other words, just like an early cooler can drive away first-time players from the online poker tables, unsuccessful credit card experiences can discourage first-time depositors from trying again.

Furthermore, even if a player decides to experiment with alternative payment options, he may prefer to deposit an amount smaller than he had planned to via the use of a credit card, out of concern over the safety and efficiency of the unfamiliar new method. This doesn’t reduce just money coming in. It filters the influx of a certain type of online gambler, and a very valuable one at that: the casual player.

Categorizations of users are key to interpreting any market. The poker industry splits players into “casual” and “serious.” More generally, the online gaming industry breaks consumers down by preferred playing device, and for very good reasons: “Tablet players” have been shown to behave and monetize quite differently from “mobile players” or “desktop players.” Can similar inferences be drawn from online gamblers’ preferred payment option? Is there such a thing as the “credit card player,” and does he behave and monetize differently from the “ACH player” or the “cage deposit player?”

If most Americans are so casual about their credit card use, does it follow that their online gambling habits should reflect it? Robert DellaFave, a New Jersey-based iGaming reporter and painstaking observer of iGaming payments activity, is curious about this. “If credit card deposits were more successful, I think you’d see more recreational players on these sites,” he says. “That would lead to a more sustainable ecology—particularly for online poker—which would help the games more broadly.”

In contrast, those users who competently get around the credit card issue through alternative payment options generally demonstrate greater seriousness about the game. “The ACH player is more likely to be a regular player,” DellaFave says. “The ACH player, in my opinion, is also a smarter player, because ACH doesn’t require the depositor to pay any fees, whereas credit cards and e-wallets do. Prudent poker players are never going to pay a dime more than necessary to make a deposit or a withdrawal.”

None of this is to suggest that the robust availability of alternative payment options hasn’t alleviated New Jersey’s problems. On the contrary, these options have played a vital role. ACH looks like an obscure acronym at first, but it gets the job done, and eventually you get used to it. (It helps that most operators take the trouble to remember your account number for you.) E-wallets deserve their share of credit for helping users who know how to use them. Overall, it’s safe to say that if someone is serious about putting money into a state-regulated online gaming account nowadays, he should easily figure out how to do so.

So why haven’t revenues grown as depositing got easier?

In fact, the opposite has happened—New Jersey iGaming revenue decreased as alternative payment options became more plentiful. But this should only seem counter-intuitive if you believe New Jersey iGaming was supposed to generate the untold billions some people said it would.

Matthew Katz, CEO of account management system supplier CAMS, puts it in check for us: “If I were to remove those ‘duplicates’ (multiple credit card attempts) and just take the gross number of initial deposits, it wouldn’t even be close to what the original forecast was. Even if 100 percent of credit cards were approved, the original goals set forth by the state of New Jersey still wouldn’t have been achieved. The industry is not big enough to achieve those numbers in year one.”

But would New Jersey iGaming revenue be at least higher if credit card acceptance rates were too? Fortunately, we may soon find out. Brand new MCCs for legal U.S. iGaming are expected to go into effect in the spring of 2015, and the issuing banks have not yet objected. According to Katz, the new category codes are 7800 for government-owned lotteries, 7801 for government-licensed casinos (specific to online gambling), and 7802 for government-licensed horse and dog racing.

Here’s hoping that the new MCCs will unclog as many revenue restrictions as possible. U.S. regulated iGaming no longer has a payment-processing problem, because getting money on a site is not hard. What New Jersey, and other states, will need to contend with is a credit card problem. Until iGaming deposits become as simple to do as buying stuff on Amazon, many Americans simply won’t put up with it—or worse, some of them will take their gambling to illegal offshore sites, which unscrupulously uphold the shady payment processing traditions that put U.S. banks on tilt in the first place.