It sounds like like a marketer's dream: instant information about consumers that allows a property to reach and incentivize them in real time. But easy access brings its own problems. 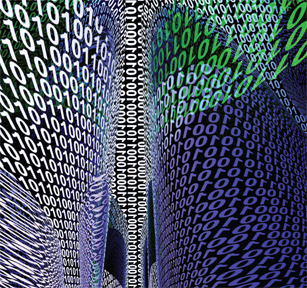 In decades past, rewards for loyalty club card holders might include a two-for-one buffet, comped drinks or accommodations, or an occasional pair of show tickets. Today’s successful loyalty programs don’t stop there.

Along with room upgrades, presale event tickets, and limos to and from the airport, MGM Resorts’ Mlife program offers once-in-a-lifetime “experiences” for top-tier patrons: think cooking classes with a celebrity chef, a private bump-and-grind by the Thunder from Down Under male review, or swimming with the dolphins at Seigfried and Roy’s Secret Garden. It can also mean jumping the line at the hotel check-in—which is sometimes the sweetest reward of all.

American Airlines introduced the first customer loyalty program in 1981; within weeks of launch, its AAdvantage frequent flier plan spawned copycats, and the concept of customer rewards leapfrogged to other industries, from banking to retail and beyond.

The casino industry wrote at least part of the playbook. But some marketing experts suggest the industry that helped start it all has fallen behind the curve—chiefly because it hasn’t kept pace with the digital data explosion.

“The sweet spot for gamers is still really 50-plus, and the argument was that they hadn’t adopted technology as quickly as the younger cohort, the millennials,” says Rich Sullivan, CEO of Red Square Gaming in Atlanta. “Properties didn’t put a lot of effort into innovation—they thought they didn’t have to. But a 50-plus-year-old person in 2016 has a smartphone, is probably on Facebook, and is more conversant with digital platforms than advertisers care to think. And the target demographic is going to be fully digitally native in a decade.

“That’s the invisible hand that’s going to force change, the macroeconomic picture we’re looking at right now. The question is, what do we do about it?”

As recently as 2009, Caesars Entertainment (then Harrah’s) was still not mobile with its highly successful Total Rewards program. Arguably, it didn’t need to be; Total Rewards, which still leaned heavily on direct mail (and increasingly on email), produced a response rate in the high single digits, and generated $6.4 billion per year, or 80 percent of the company’s gaming revenue, according to Ad Age.

“We know if you like golf, chardonnay, down pillows, if you like your room close to the elevator, which properties you visit, what games you play, and which offers you redeemed,” then-Chief Marketing Officer David Norton told the magazine. “We not only use these things on the front end of marketing, but for the service experience.”

A lot has changed in seven years. With the proliferation of mobile technologies, there is a greater volume of data available than ever before—a virtual landslide of detail on customer behaviors, preferences, average spend, responsiveness to special offers, and other minutiae.

“What everyone is behind on is the digital application of all that data,” says Sullivan. “On the advertiser’s side, it can be daunting to figure out how finitely you want to slice all the information you’re getting from players; it can be kind of paralyzing.”

“The casino club systems are still the primary source of data,” says Tara Ezzell, director of casino database marketing with the Red Circle Agency in Minneapolis. “Digital marketing allows you to follow patrons through their play cycle and habits and marry up some of that data to your player’s club data—it’s a big job. Every potential source of info has to be clean, and has to somehow match up to the other data you have in a way that’s meaningful.”

One data management system available to casino operators promises to search public records for information about asset ownership, personal and professional affiliations and education level to deduce the potential value of a given customer. (The same system also filters out the deceased, the imprisoned and people facing bankruptcy, so operators do not spend money on low-value prospects.)

Obviously, it’s not simply a matter of gathering data, but analyzing and using it to develop a marketing strategy that defends a property’s market position, builds customer loyalty and drives revenue.

Like Sullivan, Ezzell, whose firm works mostly with smaller, regional Native American casinos, believes casinos became comfortable and maybe even complacent with the information gathered by loyalty programs based on carded activity. “They came to the database marketing space earlier—they’ve been doing true segmentation and database marketing for a long time now. But the technology landscape has changed so much in the last five years, there’s been some slower adoption—casinos have been slower to come to the mobile app space, for example, and we’re just starting to see them take advantage of that opportunity.”

According to a 2014 study by the Pew Research Center, almost three-quarters of adults born between 1950 and 1964 have become regular, if not daily users of mobile technology.

And these so-called “digital immigrants”—people who were not born with smartphones and iPads in their hands—are still the casinos’ bread-and-butter demographic. They not only have the discretionary income for entertainment (controlling 70 percent of disposable income in the United States), but they still enjoy traditional gaming, far more than their children and especially their grandchildren, the millennial generation. And needless to say at this point, they are connected through technology, with 71 percent of boomers using social media every day.

“When we look at the analytics, whatever their age, more than half the traffic at most websites now is mobile; people are not going there from their desktops anymore, but from their phones,” observes Ezzell.

The challenge is crafting custom pitches based on consumer data that engage customers without annoying them. A 2015 survey by Experian Marketing Services found that only 5.2 percent percent of boomers are interested in getting ads on mobile devices.

RoamingAround, which offers location-based mobile software that help marketers personalize mobile communications. “When two people walk into Caesars Palace, maybe one would like a spa offer where the other might prefer something related to poker. Without knowing who’s walking through the door, any marketing message could be more like spam.”

Some location-based technologies like Wi-Fi antennas help casinos identify traffic patterns, dwell times and the like, but don’t drill down to personalized customer info. Bluetooth beacons, which are typically accessed through mobile applications on a device, “give insight on who that customer is, where they’re going, and give you the opportunity to engage with that customer almost on a one-to-one level,” says Gambino. “You could potentially identify that one person as Mrs. Smith who’s in Pit 5 and has been playing blackjack for an hour.”

The company’s preference manager component “is really the core for all the intelligence we have on users, customers or guests. Everything you purchase is a preference, so depending on the information available, we could say Michael Gambino likes pinot and cabernet from California and Italy, between these years and of this region. You could build a sophisticated profile that’s virtually infinite and put all that at the fingertips of the marketing department.”

By defining the customer with more accuracy, he says, the take rate of a mobile offer via SMS may rise from 20-30 percent to as high as 70-90 percent.

Sifting the wheat from the chaff—therein lies the challenge, says Izzell. “The more variables you continue to add, sometimes the harder it is to make a decision about what’s valuable and actionable,” she says. “There’s an overwhelming amount of data. Refining it down a point where it’s digestible is super important.”

Despite the wellspring of grab-and-go customer intel, the most useful information may be increasingly out of reach, as consumers take control of their media consumption. Though Sullivan is in advertising, for example, he says he shuns most advertising, at least as it has been traditionally delivered for decades. He has also put the brakes on the barrage of mobile messages that don’t serve him.

“Newspapers are not a very effective way to reach me any longer; I don’t listen to radio, I listen to Spotify; I watch Netflix (more than TV), though I grudgingly will watch an ad or two on Hulu. I don’t pay attention to ads online or on websites, because a lot of them are so noisy. It’s hard to reach me at this point, because I’ve paid some premium to control the way I get my content.”

That doesn’t mean he’s immune to the well-positioned, well-timed and personalized offer, but it must be targeted, precise and most importantly, spam-free.

“I select the messages I want to receive based on brands I interact with—retailers I buy clothes from, casinos where I like to play—and if they can give me useful information, either a deal or time-sensitive offer or a sneak peek at a new product, then that’s something I value and will seek out,” he explains.   “But you have to figure out what is important, relevant and useful.”

For example, “You go to casino, and it knows you like to play Wheel of Fortune. Unfortunately, that game is full, and every seat is taken. So the casino lets you know when you walk in, ‘Hey, your game isn’t open, but here’s another one you might like, and we’ll ping you when we have an open slot. Oh yeah, and meanwhile, here’s $2 off at the bar.’ It knows you’re in the casino. It knows what you like. With that kind of data and that kind of intelleigence, it doesn’t feel like advertsing, it feels like a service.”

What tracking systems we have today, we will hate tomorrow.
—Patrice Gianni, president (now CEO), Marketing Results Inc., at the 1999 Casino Ops conference in Las Vegas

That statement, which drew laughs at the end of the last millennium, may be even truer in the new one. Consumers are surrendering more data than ever, but they also enjoy a more collaborative role in the marketing they receive, react to, or send to the spam folder. That dynamic interaction will force marketers to be more nimble and more creative, and use all that customer data to provide exemplary service.

“Everyone is walking around with these mobile devices that control the world,” says Sullivan. “The difference between needing something and having that need fulfilled is just so small now. If I’m used to pressing a button, walking to Starbucks five minutes later and having my coffee waiting for me, that starts to influence what I expect everywhere else.

“It’s a challenging time, but the opportunity is just tremendous.”