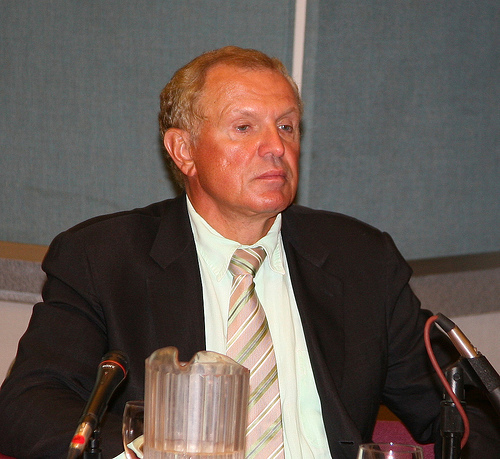 With the declaration of Governor Chris Christie that there will be no land-based casino gaming outside Atlantic City, attention has been turned to online gaming and exchange wagering in order to raise money for the state and the racetracks. And state Senator Ray Lesniak is behind both actions.

Exchange wagering is a method used to bet on a horse race that pits one bettor against another so their action gets offset. It’s legality under current federal law is unclear, but Lesniak is in support of a bill that will legalize it in the state.

This type of wagering is one of the least controversial ideas that stemmed from a series of gaming summits held by Democratic officials at the Meadowlands Racetrack, Monmouth Park and in Atlantic City. The summit, followed Christie’s call for the state to stop operating and subsidizing racing, led to battles between North Jersey and South Jersey lawmakers over the future of horse racing.

“We’re not going to back down—we’re going to move forward and make sure that the horse racing industry survives and that Atlantic City gets a boost as well,” Lesniak told the Bergen Record in explaining the exchange wagering measure. A precedent has already been set in California with an exchange wagering bill signed into law and betting to begin in 2012.

And Lesniak also wants New Jersey to legalize “intrastate” online gaming—internet wagering limited to those within its borders. Under his bill, not only poker but other games as well could be just a click away. The state would collect 20 percent of the gross. The fee is more than double of that of Atlantic City casinos, and much more than European nations charge online gaming operations.

William Pascrell III, a lobbyist for the bill, feels this is the perfect time to enact such a law. With the economy taking its toll on both Atlantic City’s casinos and its horse racing, the bill would pump fiscal life into the state bleeding coffers.

Pascrell estimates that upwards of 4,000 jobs would be immediately created by the legalization of online gambling. He cited Costa Rica, which created jobs through this method in the tens of thousands.

Lesniak believes the 20 percent share could reach $50 million. This amount could fully subsidize the purses at all state racetracks.

“New Jersey could become a global mecca for internet gaming,” Pascrell told the Record. He also believes any licensing or regulatory issues could be cleared up within nine months.

Lesniak has also filed suit to overturn the 1992 Professional and Amateur Sports Protection Act. The PASPA bans sports wagering nationwide, except in four states that voted exemptions to the ban before it was passed. New Jersey was not one of those states, but Lesniak also has introduced a bill that would challenge the federal law by bringing professional sports betting to Atlantic City.

Christie has already refused to back Lesniak in overturning the 1992 law that makes sports betting illegal in 46 states. According to Christie’s gaming advisor Jon F. Hanson, the governor has not decided whether or not to back the current bill.