GGB is committed to providing updated news and analysis on our weekly news site, GGBNews.com.
Podcasts, Podcast Q & A 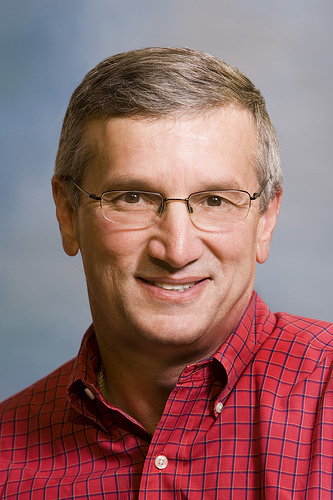 The Tropicana in Atlantic City is just emerging from a dark period in its history. After being purchased by Columbia Sussex after many years of being owned by Aztar, the new owners cut costs to the bone and beyond. Longtime employees were fired, routine maintenance neglected and regulatory requirements ignored. As a result, the New Jersey Casino Control Commission pulled the Columbia Sussex license and the state ran the property for two years while a sale was being negotiated. Following the bidding, billionaire Carl Icahn became the owner and recently replaced former president Mark Giannantonio with Tony Rodio, an Atlantic City veteran who previously ran the Hollywood Casino in Lawrenceburg, Indiana and the Hilton and Resorts in Atlantic City. Rodio steps back into a property now poised to tackle the high-roller market with new suites and a new attitude. He spoke with Global Gaming Business Publisher Roger Gros at his offices at the Tropicana in June.

GGB: You did a great job renovating and rebranding Penn National’s Hollywood Casino in Indiana. What’s it like being back in Atlantic City?

RODIO: Remember, when I left, the town was just starting to slide into the economic downturn in 2008. From afar, I continued to monitor the numbers. And now that I’m back, it’s really striking the decline in business since those days. I was running the Hilton and Resorts at the time and the drive from one end of the Boardwalk to the other on a Saturday night could take 45 minutes. Now, if you catch the lights right, you’re there in minutes.

What sort of direction did Carl Icahn give you when he hired you?

He’s a fascinating guy. We had a pretty lengthy discussion before I took over. Before I got here, the Tropicana had embarked on this high limit table strategy. He wanted to know what I thought about that. We talked about the Atlantic City market in general and wanted to know what I thought about the Tropicana. We talked about what changes he wanted to make and how I could help.

The Tropicana has a wide range of amenities. Does that give you more weapons to attract business?

Without a doubt. This place has so much going for it and so much opportunities, I think it’s one of the prized properties in all Atlantic City.

If you go into the Quarter on a Friday or Saturday night, you’d never know Atlantic City is going through a difficult period. All the stores, clubs and restaurants are packed. Our challenge is how to extend that energy into the casino. That’s my job.

How are  you going to do that?

First, we have to get the look and feel consistent. This property has been expanded and redesigned so many times, it’s a big disjointed. As business has gone down, we’ve contracted the casino space so now we have all this extra space. We have to figure out what we’re going to do with that. So we’ll put together a four- or five-year master plan and follow that.

The Tropicana embarked on its high-roller strategy last year and it worked initially but recently you’ve taken some big hits. Is that an anomaly?

Our strategy is to offer higher limits. And the more you allow them to bet, the more they can win. When you allow a player to bet $100,000 a spot on blackjack, they can win quickly. Or the most recent one where we allowed a player to bet $10,000 on the line at craps. It doesn’t sound like a lot but when throw in five-times odds; he’s buying all the numbers and prop bets; he’s got $180,000 on the table for every roll. If he holds the dice for 15 minutes he can win hundreds of thousands of dollars. That said, over time, it’s going to swing back. And for the first eight or nine months, the Tropicana played lucky. Just my luck, when I arrive it swings back the other way. So given the big money being bet, it’s not really an anomaly.

The Tropicana went through some hard times before you arrived, lots of uncertainty. What have you done to assure them that those times are gone and there will be some stability now?

The first thing I did was meet with the management team. Then I met with all the employees. I want them to understand that this is a totally different situation than they experienced over the past several  years. Right now, there’s a wait-and-see attitude among the employees and I know I have to address those concerns and fears. I need to convey the commitment that I personally saw from Mr. Icahn. You have to tip your hat to these long term employees. They’ve been through hell here and they need to know that those times are over.

Is Atlantic City a dying market?

I’ve had some debates with people about whether Atlantic City will continue to fade away as a gaming market, like Reno did, or will it reinvent itself like Las Vegas did. To be perfectly honest, I think it’s going to fall someplace in between. I think this year will represent the bottom for the market. When Revel opens next year, we’ll see growth returning to the market. But there will still be pain because as much as Revel will grow the market, it won’t be enough to balance out the increase in capacity. That’s going to cannibalize some of the existing business. But that will be short term. It will be the same as when the Borgata opened. It grew the market, caused some pain and then grew it some more. So I like the prospects for Atlantic City.