Matt Levinson, the chairman of the New Jersey Casino Control Commission, talks about the new role of his agency and how regulators will oversee online gaming in the state. 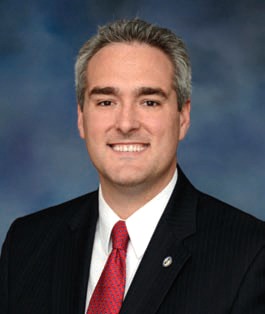 Matt Levinson was named the chairman of the New Jersey Casino Control Commission in August 2012. A resident of Atlantic County, Levinson oversees the licensing arm of the state regulatory agency, a change that was made in 2011 under the administration of Governor Chris Christie that shifted all the investigative responsibility to the Division of Gaming Enforcement. Levinson took over at a critical time in the history of the Atlantic City casino industry, and will decide on licenses for companies that will operate under the recently authorized online gaming law. He spoke with GGB Publisher Roger Gros at the CCC offices in Atlantic City in April. To hear a full podcast of this interview, visit ggbnews/podcasts.com.

GGB: Let’s start by outlining the duties of the commission, versus the DGE in light of the recent regulatory reform in New Jersey.

Matt Levinson: A lot of the day-to-day activities and duties of the commission have been moved to the division. The commission still deals with the casino licensing, the key licenses, temporary licenses. We still deal with the licenses of the actual casinos, the vendor licenses, and regulatory affairs. We also have a department that does a lot of gaming research.

So it’s more of a fair comparison now with Nevada?

You took over at a pretty turbulent time. Gross gaming revenues have been declining for the last seven years, and continue to do so. Is there anything that the commission can do to help?

Non-gaming revenue has become a real crucial part of the overall picture here. How is the commission starting to evaluate that kind of development here in Atlantic City?

We’re taking a real look at the non-gaming numbers. We’re taking a look at things we’ve really never looked at before. When the casinos come up with their non-gaming revenue, I think almost 45 percent of the revenues come from third-party venues. So, that percentage and that revenue are not even included in those numbers.

So, we’re missing the real story of the market in non-gaming. Atlantic City is alive. People are coming. Gaming revenue is on the decline. The competition is tough, and the economy is not so great. But, people are still coming down. And it’s becoming more of a destination resort. People are coming; they want to spend money. They have $100. They’re not spending $90 of it at the tables or slots anymore. They’re now maybe spending $40, and the $60 is going in the shops or the restaurants.

Well, number one, it’s talking to the media and to as many people we can to let them know that the Boardwalk and the casinos are undamaged. And the businesses in Atlantic City, casino-oriented, were not affected. Of course, there were some with some minor damage; there was one with a lot of water in the basement. But nothing so severe that they couldn’t do everyday operations, and they showed that they could once the barrier islands broke.

Do you consider part of your job to explain to investors how regulations have changed for the better in New Jersey recently?

It is. I definitely see myself as a cheerleader for all of Atlantic City. I try to do as much as I can, just to show them how the regulatory process has changed, and that you can get into this industry, for a lot less than in other industries. The tax rate’s a lot less. And just getting that out there, so that Wall Street and other investors know this, is a huge positive for Atlantic City.

It’s also a very exciting time for the Atlantic City industry because of the passage of online gaming. But the legalization in New Jersey didn’t have the “bad actor” clause, which some of the other states had. How are you going to view an application by one of the companies that may fall under that “bad actor” provision?

Are you confident that state regulators in New Jersey will be able to oversee online gaming, and sustain the high integrity that New Jersey has always been known for?

I am 110 percent confident that the commission and the Division of Gaming Enforcement will enact all the regulatory process and be able to control online gaming and deal with any issues that would arise. And both organizations have great staff, and a lot of research is being done, and it’s going to be accomplished.