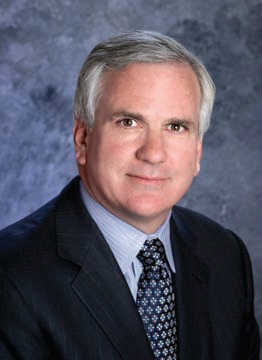 Rock Gaming, controlled by Quicken Loans founder and Cleveland Cavaliers owner Dan Gilbert, will soon operate two casinos and a racino in Ohio, and another casino in Baltimore, all in partnership with Caesars Entertainment. But in Gilbert’s hometown of Detroit, the company is going it alone with the recent announcement of a deal to buy a majority of the shares of Greektown Casino Hotel. Caesars is precluded from participating in this deal due to its management contract of Caesars Windsor, just across the river from Detroit.

Matt Cullen, the president and COO of Rock Gaming, talks about that purchase and why it means so much to him, Gilbert and many of the top executives of Rock Gaming, who are all Detroit natives. He spoke with GGB Publisher Roger Gros from his offices in Detroit in January, immediately after the announcement. To hear a full podcast of this interview, which includes comments on the company’s Ohio ventures, as well as the upcoming Baltimore casino, visit www.ggbnews.com/podcasts.

GGB: Congratulations on the acquisition of the majority of shares of Greektown casino. I know that means a lot to you and to Dan Gilbert since you’re both Detroit natives.

Matt Cullen: We are, and you’re right; it’s an exciting time for us, because we’re spending a lot of time and energy on helping revitalize the downtown Detroit core, and obviously very excited about the gaming business as well. So this is a great overlap of our interests.

Tell us what this means to your company.

It expands our footprint in a significant way. It’s a great example of an urban integrated casino that we have put forward in our vision for Ohio. It’s going to be fully reflected for the first time in Cincinnati, when we open on March 4. We did certain aspects of it in Cleveland, but given that was a Phase 1 development in an existing building, we were a little bit more constrained.

Greektown is a great example of that. It’s in the heart of the city. It’s not really connected to the rest of the city yet the way we would like it to be, but physically it’s in a position to be the centerpiece of a great entertainment district. And then finally, it’s important to us because up until now, we’ve had a tremendous partner in Caesars that has been both an equity and an operating partner. But we are not able to leverage that strong relationship, because of their approximate facility in Windsor, and so we’re going with this one a bit more on our own. So for all those reasons, it makes it an exciting time for Rock Gaming.

Explain what you’re doing in Detroit, and how Greektown will play into that development.

We have been focused on Detroit for some period of time. Dan and I, and most of the other principals at Rock Gaming, are not only native Detroiters, but our families have been here for generations. We have watched with dismay some of the challenges that the city has undergone over the last couple of decades, and we really have been working hard—along with  many others—to bring the city back. We’ve made significant investments in that regard. We have bought 15 or 16 different buildings now, 3 million square feet of office and retail. We moved all of our folks downtown from the metro Detroit area and now have more than 7,000 employees in Detroit. We don’t view it as altruism; we view it really as the opportunity to do good and do well at the same time.

These urban locales are an under-priced asset, and we really relish the opportunity to be able to get in at a lower value, and then put our collective resources behind trying to affect the outcome and increase the value of those assets, and increase the vitality of the community.

Greektown has struggled down through the years for a variety of reasons. What kind of plans do you want to put in place that will bring it back up to where it should be?

Well, we’re really just formulating those. This opportunity came together for us quickly, so we have a lot of work to do to refine our plans, and to put them in place. Simply stated, I think we have a lot of advantages. The asset has gone through four or five different managers over the last several years, so they’ve not encountered a 20-year horizon of investing capital and moving the asset forward and positioning it appropriately within the marketplace. They’ve done a great job with the constraints that they’ve had, but those constraints have had a short-term focus. So we’re really going to do a deep dive in it, to better understand the asset before we really determine plans.

What have you learned about casino operations from the Ohio ventures that you will apply in Detroit? Are you confident that your company can operate Greektown in a sophisticated manner that’s necessary in that very competitive Detroit market?

We are. Obviously, they have an existing management team in place, so they’ve been doing just fine, particularly given the constraints that I mentioned. So, we think that they have demonstrated by their results, their capability of running the asset. We’ll be working concurrently to better understand the asset, interact with the leadership team, identify their strengths and areas of growth, and then make some decisions to augment. And I think that’s what gives us the confidence that we’ll be able to move forward in an appropriate way.