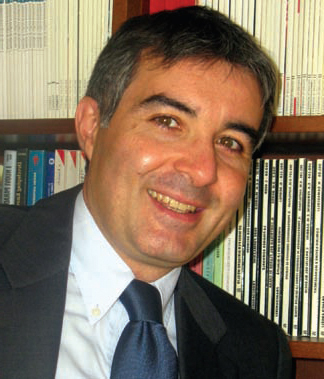 Emmanuele Cangianelli is a partner at consulting firm MAG. He and his company helped shape the modern regulatory structure of the Italian market, working with gaming regulator AAMS from 2002 to 2007. MAG is now performing a similar role with regulatory bodies in Spain and France, and perhaps soon in other Eastern Europe jurisdictions. Cangianelli recently shared his thoughts on developments currently affecting the VLT market and the gaming sector in Italy.

GGB: What does the recent Corte dei Conti decision mean for operators of AWPs and VLTs?

Cangianelli: The February decision is the first stage of three potential stages of the audit judgment process. The huge amounts of the fines, together with some controversial legal interpretations, shows how this decision will be for sure subjected to review and/or reductions in the next stages, even if those stages will not arrive for one or two years. It is important to consider also that in separate administrative judgments, for the same matter, operators have already demonstrated their reasons and won their cases.

But the amounts of the fines are so high that they could generate troubles for some operators—not because of payments, which can be postponed on appeal, but because of difficulties that may arise in relationships with shareholders and financial operators involved in their business, who might fear this litigation.

Can you give some background on what caused the problem in the first place?

The prosecution from the audit court and a similar judgment in administrative courts started in late 2006. The origin was a delay in the implementation of AWP server monitoring systems developed by Italian concessionaires. Italian gaming authority AAMS sought damages from operators for not having completed the monitoring system in all venues and for all AWPs by the end of 2004. Full network operations were completed two years late, in 2006, even if all machine activities were monitored with different procedures and gaming taxes paid by operators during the period.

The administrative litigation was won by the operators involved. But at the same time, the audit court started its procedure to demonstrate a separate economic damage due to operators not having correctly honored the contract between the state and the concessionaires, as regards the AWP server monitoring system. This is the temporary effect of the February Corte dei Conti decision.

Is the situation being exaggerated by the current economic troubles?

There is no relationship between the present economic situation in Italy and this jurisdictional decision. There has been no negative governmental influence on this matter. The Italian government has earned around €20 billion from the regulated gaming machine market in the period 2004-2011. For sure, as in every country, some Italian politicians still say that games of chance have to be prohibited or strongly limited, but usually they say this when they are not in power.

What is the situation with opening up the market to more operators?

In August 2011, AAMS called for a tender for new assignment of nine-year concessions of networked gaming machine systems—server-monitored AWPs and server-based VLTs. The first step of the procedure was completed in December. The result was that in addition to the existing 10 concessionaires, there would be three new operators added. These are the Italian subsidiary of Intralot and two consortia of retailers and distributors. One of these is called RB Holding. The other, Netservices, includes a participation by the German gaming company Merkur Gauselmann.

During 2012, all operators will need to complete network tests and where necessary upgrade their systems, as well as present to the gambling authority financial guarantees and extensive information about the companies and their control chains. Within this new 2012-2021 concession, it will be possible for operators to apply for new VLT licenses, in proportion to the number of AWPs already in operation. The new operators are expected to receive the higher number of new licenses, because operators already on the market may request additional licenses only if their AWP network will be larger than in 2009, when VLT licenses were first offered by AAMS. Those licenses will remain valid until the end of the new assignment.

The taxes on the VLT operations were recently increased. Will this be an annual event or will the operators be able to lobby the government to maintain tax rates in the future?

The anticipation of higher taxes on VLTs has been an issue since the government’s financial troubles in late 2011. But the current fiscal pressure on VLTs—4 percent tax on GGR in 2012-2013, 4.5 percent from 2014—is considered the maximum pressure affordable by the VLT industry at the moment. The recent hypothesis of another increase in taxation has been tackled by industry representatives, who demonstrated that higher taxes would lead to a decrease in payout and to a regression of the legal offer in the Italian market.

Are Italian suppliers of machines and slot games experiencing a boom from the new AWP and VLT markets?

The AWP and VLT supply markets are very different in the Italian business environment. AWPs are mostly designed and produced by Italian manufacturers based on particular technical specifications, due to the server monitoring system. AWP motherboards work with smart cards that communicate with the central control systems. VLT systems are still very few, completely developed by international suppliers such as Spielo, Novomatic, ACE, Inspired, Barcrest and so on, and managed together with Italian concessionaires, who own the system under Italian regulation. In the next two years, new technical improvements are expected in the AWP market, which will help manufacturers in sales, and probably another three or four VLT systems will obtain a position in the market.