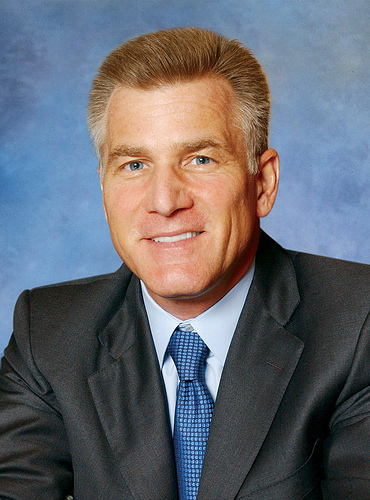 Rob Goldstein is the longest-serving executive at Las Vegas Sands Corp. As head of the Venetian and Palazzo, he ran the flagship of the company for many years. He survived the management upheaval of 2008 and was recently appointed to oversee global gaming operations for Las Vegas Sands. With responsibilities that reach from Pennsylvania to Singapore, Goldstein will use the knowledge accumulated in over 30 years in the casino industry to create value and revenue over the long term. He spoke with Global Gaming Business Publisher Roger Gros in his offices at the Venetian in Las Vegas in April. To hear a full podcast of this interview, visit www.ggbnews.com/podcasts.

Global Gaming Business: Explain your new duties and how that has changed your responsibilities and schedule with the company.

Goldstein: I go to Asia every six weeks. The job is a natural outgrowth of working for Sheldon for a lot of years. Since about 85 percent or 90 percent of our value resides in Asia, for me, Asia’s the most exciting place to be right now. It’s where the money is and where the growth is. We’re running two very different businesses there and it’s great to be a part of it. We’re trying to build really great teams for today and for the future.

You are the longest-serving executive currently with LV Sands. Do you believe your relationship with Mr. Adelson led to this new position?

I think we have a comfort level. I understand what he wants and how he wants to grow the company. I’ve also been the beneficiary of watching what we did and didn’t do right in Asia. So I find out what parts of the playbook work and what doesn’t. Sheldon is a visionary entrepreneur, which makes him a little more difficult to work for than a straight corporate guy, but if you listen carefully, you can find out what he wants and where he wants to go. I enjoy it; it’s fun coming to work.

So what is your opinion of him after all these years?

People forget that Sheldon really only started in gaming in ’95 when we joined him. So in 16 years, with his contribution to Vegas, Macau and Singapore, it’s been incredible. In Macau, who would have thought that a single force would have built all these rooms, all that retail, all that convention space… for a single guy to have done that in one small portion of his lifetime is amazing.

Obviously you’ve been exposed to the international operations of the company even though you’ve been in charge of the Las Vegas properties. But was there a transition in understanding the business in Asia?

Yes, there was a big transition. With the increased importance of the Asian business, I play a much larger role. While I’m still involved in the gaming side of the Las Vegas operations, being involved in the pure gaming side of the company is fun for me. It’s been a while since gaming was my sole focus, so this is very interesting for me. It’s 90 percent of our revenues in Asia.

The VIP business in Asia is quite complicated on several levels. What role are you playing in overseeing that business in Macau?

The first thing is building good teams and putting people in place. Ed Tracy worked for me in another lifetime and we’ve brought him to the team. We included David Sisk from Wynn. It’s a very diverse market and we need intelligent managers who can maximize the opportunities. Macau is very different from any place in the U.S. In Asia, you’ve got high-end slots and mass slots. They’re both very frothy, very healthy markets. You’ve got extraordinary amounts of mass table play. And then you’ve got the junket/VIP or our direct business in Singapore. So how you segment these markets is very important. In America, it’s all about survival and waiting for the turn. In Asia, it’s 2006 all over again; a boom market. It’s like a time warp.

You’re also getting ready to set up two new casinos in Macau on parcels 5 and 6. Will there be differences from the Venetian and Plaza casinos in the Four Seasons?

They are very different. The two new hotels—I think we’re always going to call the 5 and 6—are not as themed or as retail-intense, but they’re going to bring 6,000 keys to the market. It’s a whole new level of overnight visitation for Macau.

The mass-market segment in Macau is growing quickly, as is the VIP market. Are you as committed to the mass market?

It’s not the major portion of revenues, but it’s extremely valuable to us. Everyone focuses on the growth of the VIP market—which we must focus on more—but the margins in the mass market are breathtaking. Our belief is that we should be at every level of the business. We tell our people “give up nothing.” Steve Wynn’s genius is the VIP and high-end business. He’s the master. But what they can’t do in his buildings in Macau is do the mass market. We can be the dominant player in the mass market and still compete in the VIP market.

Unlike Macau, LVS has been managing the VIP market in Singapore. Are you comfortable with that experience going forward or will you welcome some licensed junket operators to the mix?

It’s dwarfed by the market on the mass side. We’re going to reach a billion five in slots and mass tables this year. On the VIP side, it’s very confusing. We play by our interpretation of the law. We’ve done well, but not as well as our competitors. The business is healthy. But will it change? I don’t know.

We’re in a duopoly there. Singapore is one of those places where you shake your head and wonder how good it can get. The answer is real good, and from many perspectives—gaming, non-gaming, MICE and more.