Sponsor: No progress until governor agrees 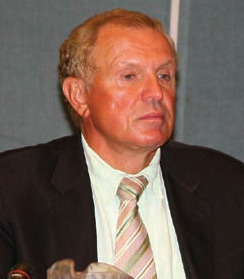 New Jersey Governor Chris Christie, who vetoed an internet gambling bill in March, was not likely to take up the issue again before the legislature’s summer recess on June 30.

State Senator Raymond Lesniak, who originated the bill, has made amendments in line with the governor’s conditional veto, but remains reluctant to move forward in the current political atmosphere.

“Until I get Christie’s support for my legislation, it’s useless moving forward,” Lesniak told GamblingCompliance.

Lesniak is championing two proposals, one that would authorize intrastate online casino gambling and another for internet lottery sales. But the controversial legislation has been met with concern by the governor and split the state’s struggling casino industry.

In March, Christie vetoed bill S490, which would have legalized online wagering in New Jersey. It was the first online gaming bill to pass any state legislature in the U.S. At issue for Christie was the murkiness of intrastate gaming, as well as legal and constitutional matters. In addition to placing several conditions on the bill, the governor proposed a voter referendum.

Lesniak has said it is unlikely that his new proposal will be taken up before the summer recess, and that the issue will not be introduced before 2012. He believes the only way the governor will reconsider his bill is through a direct petition from Atlantic City’s casino license holders, a prospect that remains remote.

Both Caesars Entertainment and Boyd Gaming, which own casinos in Atlantic City as well as across the country, are pushing for a federal internet gambling regulatory program. The companies are aggressively lobbying Washington, D.C., to take on the issue, bypassing the state. However, Gomes Gaming and Trump Entertainment Resorts, two of Atlantic City’s four remaining casino license holders, support Lesniak’s bill, especially since it could generate up to $250 million a year in revenues, according to a 2010 study commissioned by iMEGA.

The internet lottery measure is also having trouble moving forward. Proposal A2676, created by Assemblywoman Annette Quijano, would permit the New Jersey Lottery to sell lottery tickets via the internet. In December, the bill narrowly passed the Regulatory Oversight and Gaming Committee, but according to GamblingCompliance, the prospect of internet sales has not proven popular with some of the state’s 6,000 or so lottery retailers, who fear that they would be competing against the lottery for customers. Like the wagering bill, the lottery measure will most likely have to wait until next year.

The New Jersey Lottery has not yet taken a position on the bill.