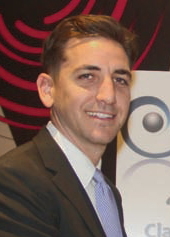 Yosh Rubinstein is responsible for supporting Las Vegas Sands (LVS) President and Chief Operating Officer Rob Goldstein in the execution of key global strategic initiatives and analysis of new development opportunities. He assumed the role after serving in a variety of gaming strategy and marketing roles in Las Vegas, Singapore and Macau.

Raised in Southern California, Rubinstein graduated from the Cornell University School of Hotel Administration in 2009, with a concentration in real estate and finance. Upon graduation, he joined LVS as a financial analyst in Las Vegas. In this role, he was exposed to the many different business lines of an integrated resort and began to gain an appreciation for the size, scale and complexity of the operations.

As LVS expanded further and grew its operations into Asia, Rubinstein was asked to join the company’s new corporate team responsible for analyzing global gaming operations. In this role, he served as the primary research analyst, analyzing macro and competitor global gaming trends and supporting management’s efforts to introduce a more robust and global operating model.

In January 2012, Rubinstein went on a business trip to Marina Bay Sands (MBS) in Singapore. What started as a short-term project ultimately turned into a life-changing opportunity. Rubinstein was asked to move to Singapore to work under Andrew Macdonald and Jeremy Bach as part of the Marina Bay Sands casino team. Rubinstein says this period was transformational in his professional and personal development.

Professionally, he not only deepened his technical knowledge of casino operations and marketing fundamentals, but also was able to be part of what he believes to be the best-run casino operation in the world. The MBS leadership team has created a culture of continuous learning that celebrates diversity and is constantly striving to be innovative. Personally, living as an expatriate allowed Rubinstein to become a more globally conscious, culturally sensitive and empathetic person.

In May 2015, he was presented with the opportunity to move to Macau to add strategic and analytical support to the Premium Mass team. Rubinstein was the only expatriate in a department of nearly 1,000 team members across sales, service and marketing, and cites his genuine interest in and appreciation for other cultures as a critical element of his success. He notes that the integrated resort business is first and foremost a people business—focusing on both team members and customers.

Asked about Emerging Leaders of Gaming, Rubinstein offers three pieces of advice. First, find great mentors. Rubinstein’s mentors have encouraged him to venture into new territory and stretch himself professionally.

Second, be as geographically mobile as your personal circumstances allow. The growth and the best opportunities for the foreseeable future will be in Asia.

Third, be kind and likeable. Integrated resorts require significant coordination and collaboration to be successful. In order to move projects forward and develop good team dynamics, people must enjoy working with you.

When discussing life out of work, Rubinstein mentions he’s a new father and discussed the centering influence of new parenthood. He’s found that becoming a father altered his perspective on prioritization, increased his efficiency, and has given him a better understanding of others.