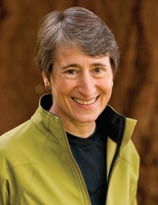 Last month, the U.S. Bureau of Indian Affairs announced that its new regulations for recognizing tribes are nearly complete.

The regulations have been forwarded to the Office of Management and Budget’s Office of Information and Regulatory Affairs for its final review.

According to BIA spokesman Nedra Darling, “This rule is the culmination of a multi-year effort by the department to reform the federal government’s tribal recognition process by making that process more transparent, efficient, timely and flexible, while at the same time maintaining the integrity of the acknowledgment process.”

Although the new rules are almost certain to go into effect soon, that isn’t stopping the House Subcommittee on Indian, Insular and Alaska Native Affairs from holding hearings on them.

The House Committee on Natural Resources has also scheduled hearings under the topic: “The Obama Administration’s Part 83 Revisions and How They May Allow the Interior Department to Create Tribes, Not Recognize Them.”

The BIA developed the rules to address criticism that federal recognition was too slow and difficult. Some tribes have taken a dozen years or more to be recognized. The paperwork involved has also increased.

Kevin Washburn, who heads the Bureau of Indian Affairs, told lawmakers in March, “We want it to be a rigorous review, and that is not something that’s negotiable. We aren’t going to make it less rigorous.”

However, some in the committee clearly feel that the purpose of the new regulations is to “create” new tribes.

Opponents to the new regulations are very determined in Connecticut, where tribes claiming federal status have made large land claims and say they want to build casinos. They include the Eastern Pequot Tribal Nation of North Stonington, the Golden Hill Paugussett Nation of Bridgeport and the Schaghticoke Tribal Nation of Kent. The tribes were previously denied recognition, but would be allowed to apply again under the new rules.