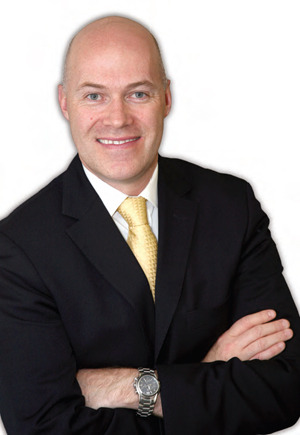 Most slot manufacturers have research and development departments that work on the next big thing for the slot floor. Bally Technologies takes the concept one step further, actively seeking out technology that has never been considered as a slot machine feature, and bringing it into the slot space.

It’s called the Innovation Lab, and it’s the Bally corporate-level R&D group focusing solely on the future. The Innovation Lab is outside the main business units and is responsible for searching the wider world of business for technologies that can be applied to the casino industry. It is headed by Bryan Kelly, who is Bally’s senior vice president of technology and networked gaming.

Kelly has a job like few other slot manufacturing executives. Along with his team, he travels the world seeking technology at conferences, workshops and other venues, as a sleuth of sorts for what can be done to make slot machines and casinos more exciting and efficient. When he finds something, his team often builds a prototype and then brings it to the other Bally systems and game divisions to commercialize. Eventually, some of the technology will appear on a new Bally slot machine.

You may have heard of the iDeck programmable button deck—the multi-touch display pad that not only substitutes for slot buttons, but transforms into an interactive bonus input device used for everything from shooting at objects on the main screen to playing the piano. The idea came from the Innovation Lab. Another innovation that was incubated in the Innovation Lab was the iVIEW Display Manager.

The Innovation Lab was conceived by Kelly and then-Bally Chief Technology Officer Bob Luciano around five years ago. Like many of the slot sector’s innovators, Kelly had come from the arcade and internet amusement game business, and was working with Luciano to apply amusement-style game functionality to the slot space. Kelly says they were literally days away from the launch of the Innovation Lab when Luciano fell ill with a stroke in 2007.

Bally CEO Richard Haddrill saw the value of what Luciano and Kelly were on to, and gave Kelly the go-ahead to launch the Innovation Lab in April 2008. “My job is to search for transformational technology. I’ll go out into the world, attending 50-70 technology conferences a year. They can be in banking, computer, mobile or any other industry. My team’s job is to figure out which technology will apply to the gaming space in the future.

“A technology cycle in our industry is 18 months. My people look for technology that will be commercially viable in anywhere from 18 months to five years.”

Kelly is full of stories about how his team’s finds have led to groundbreaking Bally technology. The iDeck button panel, for instance, resulted from Kelly’s attendance at a boutique computer technology conference. “I happened to be sitting right next to a couple of Apple engineers,” he recalls. Kelly deduced Apple was mapping out what would eventually become an iPad-like device, but what caught his attention was the multi-touch gesture-capable display. “Because of my arcade background, I knew I could use that to create a much more interactive experience on the slot machine.” It’s one of many intriguing Innovation Lab stories.

Most recently, Kelly’s team and Bally’s business-development staff have worked heavily to incubate the new Bally Interactive Group, the division working on placing Bally content on a variety of distribution channels. It’s likely only one of many more stories to come from the Innovation Lab.

If you want to know what’s next, you’ll have to wait. Or go to some tech conferences yourself.