Tribal government gaming supports hundreds of tribes, allowing them to provide for their people. 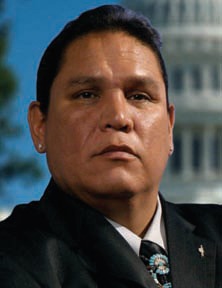 Among Indian tribes, our origins, history and heritage are always important. Our Native nations are the original American democracies, with our own unique life ways and cultures. As we strive to provide a more educated, healthier, prosperous community life, we always focus on our culture. We look toward the 7th generation of our people, so we can provide a future for our children, their children and the coming generations.

Through Indian gaming, many of our Indian tribes have achieved cultural revitalization, provided new educational opportunities, embarked on restorative health initiatives and worked to create new jobs and opportunities for our people.

This year is the 25th anniversary of the enactment of the Indian Gaming Regulatory Act, and it is evident that Indian gaming has achieved great success. The goal of the act is to “promote tribal economic development, tribal self-sufficiency, and strong tribal government.” Through Indian gaming, significant tribal economic, cultural, community and governmental progress has been made by many, many Indian tribes.

Today, we must safeguard our industry as we see the development of internet gaming. We need fair access to legal markets, and a fair regulatory structure that recognizes Indian sovereignty, respects our tribal tax base, and acknowledges Native nations as equal partners with the federal government. The origin of the federal-tribal relationship is what the Constitution requires—bilateral nation-to-nation relations based upon mutual consent. That’s reflected in the Commerce Clause, where the Indian Commerce Clause parallels the language of the Foreign Commerce Clause. Congress has the power to regulate commerce with the Indian tribes, not for the Indian tribes.

Treaty-making is the embodiment of mutual consent, and the Supremacy Clause classes our treaties among the Supreme Law of the Land. We will call upon the United States Congress to honor the original intent of the Constitution.

The nation is transfixed by the sequestration debate. We all need a sound federal budget that leaves room for the growth and development of the great engine of democracy—the economy. Yet, at the same time, America cannot abandon Americans, who need support through unemployment insurance, WIC, assistance to families in need, commodities, heating and housing assistance, disability insurance, etc. We cannot abandon our elders, who have worked a lifetime to secure a stable retirement. Native Americans and all Americans are counting on the president to provide leadership and the Congress to act as effective partners in the effort to safeguard the nation, now and for the future, through sound, thoughtful budgetary action.

Soon the focus will turn to tax reform. The modern federal income tax code was developed in the 1950s and revised in 1986. Now, over a period of decades, the federal income tax code has picked up provisions that are not effective and it is in need of revision, once again. During that process, it is imperative that Indian tribes be respected as enduring nations. Our Native people are dual citizens—citizens of the United States and citizens of our Native nations. The United States must continue to respect our tribal governments and not interfere with tribal self-government by taxing tribal citizens for partaking in tribal self-government.

On the regulatory front, the National Indian Gaming Commission has been active. In terms of regulations, NIGC has been working on background check and licensing standards for management and key employees, minimum internal control and technical standards for Class II gaming with a new emphasis on gaming kiosks, enforcement procedures and appeal processes. Recently, the NIGC has undertaken to revise and streamline its consultation policy, yet we are always cautious about “streamlining” consultation because Indian tribes always must ensure that vigorous consultation occurs before any change that impacts tribal self-government or Indian gaming operations.

As we move forward in the second term of President Barack Obama, it is a time of opportunity, expectancy, and potential progress. We want to join in turning the wheel of progress forward to provide a better life for all Americans. We must renew our communities and revitalize our Indian traditions as we take those steps forward. It is a challenging time and an exciting time. We look forward to joining hands across Indian Country and across America in this 25th anniversary year of the Indian Gaming Regulatory Act.