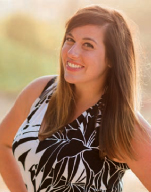 To Caitlin Harte, the future for women in managerial positions in gaming is now. “The current climate is encouraging, and it seems like there is no better time,” says Harte, who has risen up the ranks at Incredible Technologies in less than six years.

When interviewed for an entry-level marketing position, Harte knew little about casinos. She only visited Las Vegas once and played a slot machine twice.

“I had no idea that accepting the position would mean one day I would be able to walk a casino floor and know everything that changed since the last time I was there,” says Harte, who went from marketing associate to marketing manager to director of product marketing. She’s worked with warehouse teams, mechanical engineers, technical writers, even mathematicians.

“I work very closely with our game design studios from initial proposal to in-game feature recommendations based on the market. I also conduct monthly usability testing and one-on-one interviews with groups of real slot players to make sure our games meet expectations before the design is finalized,” says Harte, who is pursuing an MBA from DePaul University.

Like other executives, Harte achieved success with the help of supportive people. She counts Dan Schrementi, vice president of sales and marketing at Incredible Technologies, as her biggest mentor.

“He conducted my interview, so he’s been with me since day one. He saw potential in me that I wasn’t sure I saw in myself. He’s always encouraged me to take on more responsibility.”

“They still walk through the building, chat with employees and create a comfortable work environment. They enable us to bring innovative ideas to the table. Elaine, as a female CEO in a male-dominated industry, has been a huge inspiration for me.”

The future for casino consumers depends on millennials like herself, and that future includes eSports.

Incredible Technologies created Golden Tee Golf, one of the most popular pay-to-play amusement games in history.

“The industry is buzzing about eSports tournaments, but we’ve been holding live, head-to-head tournaments since the late 1990s,” says Harte, who explores the wonders of Chicago in her spare time. “This year we will partner with Boyd Gaming to bring the Golden Tee World Championship to the Orleans in Las Vegas. Some 64 players will compete for over $100,000 in prizes.”

For her own future, Harte wants to continue her upward growth at the company. “I hope in five years I am able to look back on my career thus far and see that I’ve done something to change the gaming industry for the next generation of females beginning their careers.”

Harte’s prescription for women—and men—interested in the industry is don’t be dissuaded by a reputation as an old boys club.

“This is an exciting time. The industry is changing every day with new legislation, rules and regulations, and that means there is also room for new insights, innovations and most importantly, voices.”