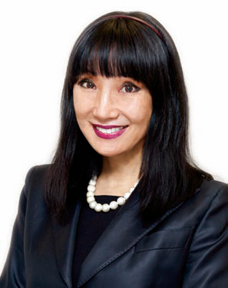 Over the years, HR executive Akiko Takahashi has distinguished herself in several seemingly disparate fields, including high fashion, hospitality, banking and most recently, gaming. The common thread linking these industries, she says, is the concept of customer service as a driver of excellence.

In her present role, as executive vice president and chief human resources officer for Melco Crown Entertainment Ltd. in Macau, Takahashi applies that principle with the enthusiastic support of CEO Lawrence Ho, co-chairman of the company along with Australian billionaire James Packer.

Human resources has historically been undervalued in business, says Takahashi, but that’s hardly the case at Melco Crown, where Ho embraces the tenets of Total Quality Management, also referred to as “kaizen,” a set of business principles based on continuous improvement through teamwork that revolutionized Japan in the years following World War II. Since Melco Crown’s launch in 2006, the company has amassed 75 prestigious awards—from Forbes, Michelin, Conde Nast and the like—for all aspects of its operations.

“This kind of achievement is not an accident,” Takahashi says. “Retention of our customers is achieved through our service culture focused on customer loyalty.”

For a company that employs some 10,000 people, it may strain credulity to state that none of those hires was made lightly. But Takahashi insists that finding the right people for each position is “the singular most important investment” the company will make. “Top positions are critical, because they set the culture and direction. There is an old saying, ‘The fish stinks from the head.’ But non-management jobs are just as critical.”

At Melco Crown, staff members are encouraged to reach beyond their current job descriptions or capabilities, try on other roles, and even risk failure to learn where they best fit in the organization, and how far they can rise.

“Cross-functional development, well executed, is an invaluable succession and talent management strategy,” says Takahashi. And when it doesn’t work, the individual may return to a previous role “with the belief that he or she is enhanced as a result of this experience.”

As corporate social responsibility officer for the company, which is set to grow beyond Macau into the Philippines in 2014, Takahashi upholds Melco Crown’s commitment to employ as many local residents as possible. While this has not always been easy—the number of available jobs has at times exceeded the supply of applicants—the company offers perks like a continuing education program for young people who leave high school to work at City of Dreams, Studio City, Altira Macau or one of the Mocha Clubs.

“Whether they stay with us or not, a better-educated workforce creates a better society,” she says.

The end game, of course, is “acquisition, attraction, retention” of first-rate, dedicated staff and loyal customers in what may be the liveliest gaming climate in the world.

“Our operations team, under the leadership of Ted Chan, chief operating officer, has done an incredible job in this competitive environment to gain market leadership of the most profitable segment of customers, while reducing marketing dollars by aligning acquisition spend strategically and smartly,” says Takahashi.

Or, in the words of the company’s slogan, “The future is ours.”