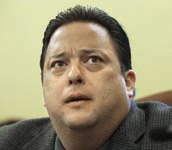 The Illinois legislative session has ended without a gambling expansion bill—despite Governor Pat Quinn’s announcement that he wanted a bill and Chicago Mayor Rahm Emanuel’s lobbying for a Chicago casino to be owned by the city and operate independently of the Illinois Gaming Board.

Gambling expansion previously had passed the Senate and House twice, so hopes were high once again. But Rita held public hearings in response to both opponents and supporters of the measure who said their voices had not been heard. He did not call for a vote on the measure.

In fact, as the session was winding down, he added two amendments. One would create a state-owned mega-casino in Chicago. Rita said this concept answered Quinn’s concerns about a city casino being independent of the state gaming board, plus overexpansion of gambling in Illinois. Rita’s second amendment would create a smaller state-owned casino in Chicago and four others throughout Illinois, including one in the south suburbs. Horse racetracks would get about 600 slot machines, but only half as many as in previous bills.

Neither Quinn nor Emanuel responded to Rita’s amendments, but Rita said he will reach out to them this summer. “Chicago is going to be part of the mix if we’re going to move forward,” Rita said.