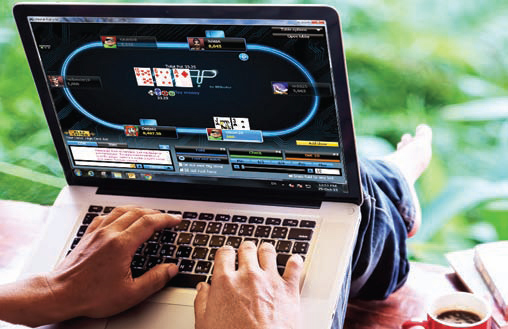 With the exception of sports betting, iGaming grew 66 percent year-on-year in New Jersey in March, to $65 million. The spike continued in April. With virtually all casinos in the U.S. closed due to the Covid-19 outbreak, New Jersey posted almost $80 million in combined iGaming and poker revenues.

In those dismal weeks, with casinos’ doors firmly locked, most sports betting on the bench and the majority of Americans shut in at home, iGaming took off. The phenomenon caught the attention of policymakers, and could hasten the already-rapid growth of iGaming across the country.

Covid-19 will likely “force (states) to look for new sources of taxes,” Morgan Stanley analyst Thomas Allen said in an April client note. “In addition, legalization and the rollout of online forms of gambling can be much quicker than building brick-and-mortar casinos.”

Stephen A. Murphy, co-founder and CEO of New York-based sports gaming provider Boom Sports, agreed. “States move at their own pace, and whatever happens, gambling legislation is just one of many things they need to look at in a given year,” he told GGB. “But I think you’ll see an acceleration in the next 12 to 18 months. From the land-based and pro sports leagues’ perspective, they’re more incentivized now than ever to get online games up and running.”

According to the Pennsylvania Gaming Control Board, casino revenues for March predictably revealed a deep year-on-year drop, with all the state’s 12 casinos shuttered for half the month. Revenues were down 51 percent overall compared to the $316 million logged in March 2019. The spiral continued in April, with all casinos closed, and casino tax revenues down a gut-wrenching 84 percent.

Again, the good news—the only good news—was online. From March to April, iGaming revenues rose 73 percent from the previous peak of $24.9 million.

“Pennsylvania is one of the few states that has an online gaming option,” Doug Harbach, spokesman for the Pennsylvania Gaming Control Board, told the Philadelphia Inquirer. “That’s continued to keep tax revenue flowing.”

For the first quarter, Pennsylvania online casinos generated more than $57 million in wagers compared to $34 million the entire first half of 2019. Meanwhile, iGaming revenues in neighboring Delaware increased 78 percent to $515,000 in March.

Most online sports bets are placed on mobile phones. Experts say once professional sports resume, the trend may continue, causing fewer people to visit a casino for traditional games like blackjack, craps and slots.

‘A Boon’ for Casinos, States

The dramatic increase in iGaming revenues since the shutdown “demonstrates how it can be a boon for casinos, state taxes and consumers looking for internet-based entertainment options,” says Jeff Ifrah, founder of iDevelopment and Economic Association (iDEA), which seeks to expand online interactive entertainment in the United States.

Ifrah, too, looks for the legions of legal states to grow, propelled by lawmakers hungry for tax revenues. Those who may have been on the fence may now find it easy to come down in favor of iGaming and iPoker, which are “bolstering tax revenues at a time when money is desperately needed to fund needed projects and programs,” Ifrah said.

Michigan and West Virginia are actively considering iGaming. States like Indiana and Iowa, which already have mobile sports betting tied to land-based casinos, could easily add iGaming. “Layering iGaming on top of an existing mobile product will be an easier lift for state legislators who may be skeptical of expanded gambling,” said Allen.

Ifrah’s iDEA has actively worked in Michigan to fast-track the state’s iGaming regulations. As a result, the Wolverine State will be able to launch sooner than planned (Q1 2021 was the anticipated launch), and its cash-strapped retail industry may have a revenue stream by fall.

Ifrah and his team are mapping out other target states and gathering data to share with lawmakers—and takes a cautious approach.

“Often, when states are in a budget crunch, they tend to over-tax and impose huge fees on a new industry,” he said. “To be clear, the revenue from iGaming will not solve any state budget crisis. It needs to be looked at as one option of many that states will consider this year and in 2021.”

For all the new interest in iGaming, Boom Sports’ Murphy is confident the live casino experience will endure. “The world is increasingly digital and online, and when you think about casino gaming, we’ve been behind the curve on that. But there’s something unique and compelling about a land-based gaming experience.

“With Sears or Macy’s or Amazon or insert-your-brand-here, it’s much easier to have a better experience online. And while online gaming can make gambling more convenient, I’m not sure anyone’s really succeeded in making it more fun.”

In late April, GGB spoke to industry veteran Sue Schneider about the lasting impact of the coronavirus outbreak on gaming—specifically, iGaming. Schneider is vice president of growth and strategy, Americas, for Sports Betting Community (SBC), organizer of the Betting on Sports America trade show. She is also head of the eGaming Brokerage and editor-in-chief of the Gaming Law Review.

GGB: More people tried iGaming during the shutdown. Will some continue to prefer it, even after casinos return?

Schneider: People have to feel comfortable with the medium. Older folks, for example, who may be a bit technophobic, have had to become more comfortable with being online if they want to see their grandkids.

Some people may learn to love iGaming but still look to interact with others at the casino. I’m not sure iGaming will become more dominant, but it certainly exposed a lot of folks who were too inhibited to try it before.

Could the fact that iGaming is contactless—and perceived as safer—be an advantage?

There’s a lot of discussion about safety issues in gaming, whether it’s cash-handling, touch machines or dividers between machines or table players. Even kiosks with touch screens may not be as attractive as in the past, given the potential for contamination. Some who visit terrestrial casinos may be more inclined to use on-property personal devices in the future if they remain dedicated to being super-careful.

In some markets, reportedly, there hasn’t been a meaningful boost in iGaming due to the coronavirus. Michael Dugher of the U.K. Betting and Gaming Council said the opposite is true, with total revenue down by up to 60 percent. What have you seen?

It depends on the jurisdiction. In New Jersey and Pennsylvania, they’ve seen an increase, but it’s still new and shiny there, as opposed to the U.K. Another factor is that many folks have been laid off or furloughed and don’t have the disposable cash they had in the past. Or they’re busy home-schooling their kids while working from home. A lot of factors come into play.

Some industry groups say limiting ads for gambling, banning credit card use for gambling, as in the U.K., and imposing high tax rates are surefire ways to keep the illegal market alive. What do you think?

When it comes to advertising, the U.K. and Australia are highly regulated. They have government watchdogs that monitor both the frequency and content of gaming ads.

We’ve not experienced the glut of ads in regulated jurisdictions in the U.S., and U.S. operators would do well to learn from the experience across the pond. With some restraint from the industry, we can avoid a repeat of what we’ve seen in other countries.

About the tax rates, that’s one of the biggest fears, as states scramble to make up for lost revenues due to Covid-19. Legislators may see iGaming as easy pickings, and increase the tax rates on operators to ridiculous amounts. But that would have the unintended consequence of driving more players offshore, and will likely drive some in the gaming industry out of business.

How will this double-whammy—a health crisis that became an economic crisis—change gaming in the future?

We won’t soon take for granted things that were the norm before. Gaming has been cut off. Concerts, restaurants, sporting events, etc., have all been stopped in their tracks. The big question is, how quickly will people feel comfortable coming back to the properties (given) unknowns about future waves of the virus?

The world has not really experienced anything so widespread geographically, so quickly and so hard. It may take a while to come back. And there may be ongoing changes in human behavior, such as not going out as much. The uncertainty is fueling anxiety. We’ll have to take this one step at a time to see how consumers respond.

There’s that old saying about crisis and opportunity. We’ve certainly seen the crisis. Where are the opportunities?

Again, jurisdictions that allow remote gaming may see increases, which might help offset some of their losses from being closed. And other verticals like esports are seeing a bump, since traditional sporting events are closed.

There are some winners in this situation, but you have to dig to find them. The conventional wisdom is that jurisdictions that were reluctant to legalize iGaming may revisit those views given the experience. I expect this may be the case; iGaming does offer a bit of a lifeline for some operators.