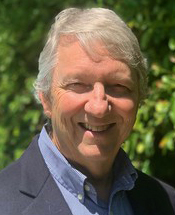 The International Center for Responsible Gaming (ICRG) announced the appointment of Arthur Paikowsky as its new president. His appointment took effect on October 4. Paikowsky replaces Dr. Russell Sanna, who joined the ICRG in 2016, and is now retired.

Paikowsky has served on the fundraising team of the Birthright Israel Foundation for 13 years. He has worked in the nonprofit organization sphere for 43 years and has served organizations that have raised $1 billion for not-for-profit causes.

Prior to working with the Birthright Israel Foundation, Paikowsky served as a fundraising consultant with Chai Hopes LLC and as executive vice president of the Jewish Federation of Greater Phoenix. He earned a master’s degree in social work at Yeshiva University.