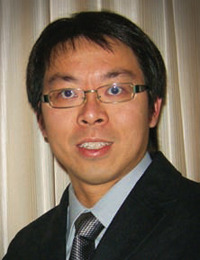 Two years ago, I wrote an article titled “Pride and Prejudice in Macau.” It was generally about the lack of job pride among Macau’s croupiers. I cited a number of work-related issues facing croupiers back then, which included frequent complaints about failed communication from the top, cultural insensitivity, etc. Things have changed. Let’s now examine this issue from the casino employers’ perspective.

Recently, I had lunch with a few expatriate friends working in Macau’s thriving gaming industry. One of the topics we covered was the way Macanese croupiers and junior casino executives are behaving these days. In fact, there is now increasing “noise” in Macau’s casino gaming industry about how our young croupiers and newly promoted casino executives are “spoiled,” “unproductive,” “inefficient,” “ineffective” and/or have poor work attitude. “They just leave when they are unhappy,” said one expatriate friend. He added, “They have such poor work attitude! It’s hard to manage them.”

Nowadays, people that I know talk about the lack of competition in Macau’s tight job market. The Macau government has imposed strict restriction on imported foreign labor. On the gaming floor, in particular, croupiers have to be Macau residents. “A lack of competition ‘spoils’ the local casino employees,” said an executive I met. They become complacent. Some think their casino employers need them more than they do. They become arrogant and demand higher pay, if not faster promotion. They think they can choose to leave whenever they want to, simply because there are always casino job openings somewhere else in Macau. With the impending opening of Galaxy Macau, staff movement has become a problem yet again. Actually, it has always been a headache.

For those Macanese who are newly promoted, they are often still young and inexperienced. An invited guest speaker from the casino industry came to the university recently. He commented on the local graduates, “They simply demand to be a manager somehow in two years!”

He added, “We want to hire more down-to-earth people these days. But it is increasingly hard to find such people in Macau now.”

In other countries, a progressive promotion from dealer to pit manager typically takes more than a few good years. During my working life in the banking industry, two years of work experience was a prerequisite for any new executive hire. Even then, someone with a “two-year” work experience was still considered a junior or greenhorn. In Macau, some croupiers actually expect to be promoted to pit manager in just two to four years.

Another person I spoke to cited that earning money is simply too easy for the local people. Rapid promotion has led to an increase in salary and wealth among local casino employees. Savvy employees are active in the local property market. They flip real estate properties and make a fortune from foreign property investors. One flip often earns them enough to buy a luxury car.

Such opportunities in Macau’s tiny marketplace have made some of our croupiers and casino executives cocky and complacent. Some people believe that low unemployment, lack of competition from foreign labor and the explosive increase in wealth are partly to blame for this phenomenon. A combination of poor work attitude and wide employment choices reduces work productivity and adds costs to the casino employers.

Local employees are now in a better position to challenge their expatriate superiors. According to a source who described a heated exchange between a group of croupiers and their expatriate superior, the locals screamed in Chinese using phrases like “You are in Macau!,” “You don’t know the Chinese!,” “No us, no you!,” and “If I don’t work here, I can work in another place.”

Some foreign expatriates said it is due to poor upbringing and a lack of world-class education. Others proclaimed that Macau is still a village. Its people do not yet have the international outlook and are in a period of transition. I do not believe so. I have taught a number of excellent students at the university, who joined the casino industry a few years back and now hold managerial positions in various casinos.

Looking at their personality and work attitude, I certainly think they deserve to be where they are now. Macau provides an excellent platform for talented people to excel in the casino industry. Whatever the reasons or claims that others made, I feel that young croupiers and casino executives in Macau’s casino industry need to be carefully supervised, led and nurtured.

For local casino executives in managerial roles, management and leadership skills take time to groom. For me, there is simply no shortcut. How can we manage local employees in these situations? Below are just some suggestions:

Let them experience the job – Allow them to fail (to a certain extent), tell them they are wrong, and allow them to learn from their own experience.

Show them leadership – Hire good expatriates to lead these local people. Manage and lead by example and charisma. Show them good leadership—Western and Chinese-style.

Send them for training – Educate and train them on aspects like leadership, management/supervision, communication and customer relationship management.

Promote selectively – Promote only those who are most suitable and deserving based on your corporate principles. Set a good example for all others.

Be patient with them – Show empathy. Attitude and behavior take time to change. Perhaps we are in a period of transition from poor to rich, nothing to a lot. Remember: Learning and change require time.