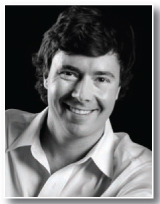 It’s a delightfully football-appropriate Saturday afternoon in October. Blue sky, zero humidity, and the mingling scents of various smoked meats wafting from tailgate parties. The year is 2017. The place is Bryant-Denny Stadium, home of the Alabama Crimson Tide football team.

As a faithful alum, I make the three-and-a-half-hour trek from Mobile to Tuscaloosa at least once during the fall to catch a game and ceaselessly work “Roll Tide” into any salutation.

While pre-gaming with a couple of fraternity brothers in this not-too-distant future, I notice our usual crowd is a little thin.

“Where’s Eric?” I ask aloud to my buddies.

“Oh, he’s in Biloxi with his brothers for the weekend. New sports book opened at the Golden Nugget.”

“He’s in Tunica with some guys from his fantasy football league.”

Back to present day. Does this scenario sound far-fetched or implausible? Game-day regulars ditching the stadium for a TV-equipped, plush booth at a casino sports book? It might be closer to reality than you think, especially as the momentum calling for legalized sports betting in the U.S. approaches a tipping point.

Monmouth Park Racetrack in Oceanport, New Jersey, hundreds of miles away from SEC football country, could be the place where the first domino falls. When New Jersey Governor Chris Christie signed a bill into law in 2014 allowing sports wagering, it triggered a lawsuit from the NCAA and the four major sports leagues to block sports bets from being accepted, a ban a federal judge upheld. But now, New Jersey is in the latter stages of an appeal with the 3rd Circuit Court of Appeals, and by the time this column goes to print, we might already know the answer to the case.

What we do know, at present, is that officials at Monmouth Park are optimistic the decision will be overturned, as they are already making plans to have legal sports betting established by this upcoming football season. New Jersey state Senator Ray Lesniak, a longtime advocate of gaming expansion, has gone so far as to estimate the odds of a favorable ruling at 85 percent-90 percent.

If New Jersey’s challenge of the federal Professional & Amateur Sports Protection Act (PASPA) sports betting ban succeeds, other states would soon follow suit. In fact, sports betting legislation has already been introduced in Minnesota in anticipation of the decision. A revenue-starved and football-mad state like Mississippi, with more than 20 casinos along the Gulf Coast and Mississippi River, would surely soon follow.

So what gives? Why the (possible) reversal?

The NHL, MLB and, most notably, the NBA, have waffled since the last federal lawsuit. Legalized sports betting is clearly on the agenda of NBA Commissioner Adam Silver, as evidenced by the league’s partnership with daily fantasy sports startup FanDuel and the recent interest in securing a cross-promotional sports betting partner that operates in regulated European markets.

The explosion of the daily fantasy sports marketplace has not only created new levels of fan engagement for the sports leagues, but its business model has also been stuck in the craw of those opposed to legal sports betting. If I can put a $5 entry fee into a fantasy basketball tournament that involves real games, then why can’t I place a $5 wager on who I think will win the real games? The hypocrisy of allowing daily fantasy sports while banning sports bets is conspicuous, and will continue to be at the fulcrum of the argument for those wanting to legalize sports wagering.

“Sports betting is going to get approved. It’s just a matter of when,” said Jon Lucas, the executive vice president of hotel and casino operations for Hard Rock International.

As a marketer, I look forward to the opportunities that would arise in the gaming industry if sports betting were to become legal outside of Nevada (and the handful of states that allow parlay-style betting). Analysts estimate that anywhere between $80 billion and $400 billion is illegally wagered on sports in the U.S. each year, and waking that behemoth would cause a wave of disruptive innovation.

Which reminds me, I need to start working on that casino-friendly, real-time mobile sports bet app for the Apple iWatch 3 so it’s ready for rollout.