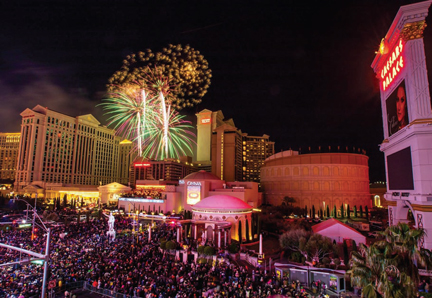 Running a modern casino company is about more than just hiring dealers and bartenders, or choosing the latest slot machines for the gaming floor.

Today’s publicly traded casino companies are multibillion-dollar businesses with complex organizational structures. Gone are the days when a typical corporate structure was a CEO overseeing a general manager of a single property on the Las Vegas Strip or in Reno.

There are few single casino operators or smaller companies, with just a handful of properties left in the gaming business.

Now a casino company CEO has multiple vice presidents reporting on the profitability of each hotel within its portfolio.

These companies, in some cases, have moved away from operating their own clubs and restaurants, finding greater profits in lease and revenue-sharing agreements with celebrity chefs or well-known club brands like Hakkasan.

Casino companies also have shifted some local responsibilities for slot machine buys or leases, marketing, purchasing, reservations and compliance away from individual properties into a central location, as a way to save on employee costs or to increase operating efficiency.

For example, MGM National Harbor in Prince George’s County, Maryland, and Caesars in Atlantic City still have compliance departments on property, but their staffs are smaller and more of the supervision of daily reports is done from a central location in Las Vegas. Marketing of those properties and reservations could also be handled from Las Vegas.

So, what are the advantages or disadvantages to centralizing some operations rather than allowing the individual properties to make their own decisions?

Marcus Prater, executive director of the Association of Gaming Equipment Manufacturers (AGEM), says for the largest slot machine companies, having a centralized structure allows for high-level corporate consistency and direction while allowing staff in those local markets to focus on the needs of the customer.

“And of course, the manufacturing side of the slot machine business is very specialized, and therefore demands that it typically takes place in a single location, or in the case of a company like Aristocrat, a combination of Australia and Las Vegas,” Prater says.

Analysts believe success is measured by how the chief executive runs the company.

“Depending on the CEO of a given company, views vary widely on the advantage or disadvantage of a large corporate structure,” says Steven Gallaway, managing partner of Global Market Advisors.

“A large corporate structure is not necessarily bad, providing it is properly managed, with members having specific job duties with appropriate oversight.”

In addition and equally as important, Gallaway says, properties “must always be given enough autonomy to ensure that they are able to operate their facilities in a fashion that allows them to cater to the local dynamics of their given market.”

Bo Bernhard, executive director of the International Gaming Institute at the University of Nevada, Las Vegas, believes the advantages are the efficiencies and consistencies that result from centralizing operations.

“Rather than a scattershot approach to marketing, for instance, a fully developed and consistently branded marketing message, with several tiers and properties, can be put into place,” Bernhard says.

And as these larger-scale companies increasingly face global competition for the travel, tourism and gaming dollars, their much larger-scale customer databases allow them to compete more rigorously in an international marketplace.

Gallaway says he would judge whether a gaming company is too large “more on their stock prices and ongoing performance.” He adds that Caesars appears to be making good headway as it emerges from bankruptcy.

Caesars CEO and President Mark Frissora says he expects the company to emerge from bankruptcy in early October.

That complicated corporate structure will two split into two companies as part of its reorganization—a real-estate investment trust and an operating unit.

As for the slot machine and table game business, Prater says he isn’t sure that centralization made it easier to sell or lease products, “but certainly when it comes to marketing, branding and trade show functions, having headquarters drive the overall direction creates consistency in markets around the world.

“Typically, local offices are focused on selling and service,” Prater says. “During my time at Bally back in the day, all of our marketing direction originated from Las Vegas, and the local offices followed along while prioritizing their efforts to benefit the customer and ensure the games had the best chance to succeed.”

Bernhard says the advent of these publicly traded companies “led to a revolution in the way that these companies were funded, which in turn allowed them access to capital that allowed for bigger and nicer facilities to be built.

“Today, the nicest, most expensive buildings in the world, arguably, are the massive multibillion-dollar integrated resorts. Generations ago, they were cathedrals!”

For example, MGM owns 10 properties in Las Vegas, including Aria, Bellagio and the Mirage, while Caesars owns nine properties.

“Of course, there are always regulatory concerns whenever we see increasing consolidation,” Bernhard says.

“Questions in the antitrust sphere, for instance, can and have arisen on the Las Vegas Strip, with four major players and a handful of smaller operators.”

On a more micro level, Bernhard says, “workers on the floor might worry that if they are fired from a job with one major company, they are eliminated from working for so many properties—and may not have the same kinds of options that a more diversified labor market might provide.”

Gone are the days when casino bosses controlled everything on their properties.

The idea of leasing out retail, club, sports book or restaurant space to a third-party operator is now commonplace in the resort industry.

Analysts credit casino companies with being willing to surrender some control in most cases in return for a greater reward when a specialist with drawing power operates clubs, restaurants or other amenities that are as much of a draw as the casino.

The Cosmopolitan of Las Vegas wasn’t the first to seek out celebrity chefs, but the resort, which opened in December 2010, made the business decision to attract chefs who didn’t already have restaurants in Las Vegas.

Despite the restaurant business being risky, there is always someone willing to bankroll the next Jose Andres or Wolfgang Puck. Deals with celebrity chefs or well-known brands make financial sense in good times and recessions for both parties.

For years, casino sports books have been run independently, with operators paying rent and a percentage of the profits to the house. Casino operators like that setup because it allows a third party with special expertise to set the odds, accept the wagers and take all the risk.

“Sports books, like baccarat, are subject to large monthly swings in win and loss,” Gallaway says. “The larger the number of sports books owned and operated by an individual, the easier it is to reduce the risk of these swings in revenue.”

Gallaway says as the revenue levels of sports books are minimal in comparison to the gaming operators, many companies find it easier to outsource the operations of such an entity to a third party.

William Hill and CG Technology are two bookmakers that operate race and sports books in Nevada.

“This way, the operator doesn’t have to focus on a small revenue-generating asset with large monthly swings, but is able to still benefit from the ancillary gaming and non-gaming revenue that is generated by players making the wagers at a sports book,” Gallaway say.

But Gallaway adds it will be interesting to see if or how this approach changes from land-based operators as the reality of sports betting in other states and online sports betting come closer to reality.

With the U.S. Supreme Court agreeing to hear New Jersey’s case to legalize sports betting despite the federal ban, “the implications could be significant and be highly beneficial to the overall gaming industry,” he says.

The Professional and Amateur Sports Protection Act (PASPA) of 1992 prohibits sports betting in all states except Nevada, with partial exemptions for Delaware, Montana and Oregon. Real estate investment trusts, or REITs, continue to be a popular and financially beneficial way for gaming companies to extract value from their real estate.

Caesars Entertainment is the latest gaming company to split its corporate structure in two.

The Las Vegas-based company will split into two companies as part of its reorganization—a REIT that will own the land, hotels and casinos, and an operating unit that will rent the properties from the REIT, hold the gambling licenses and run the businesses.

Caesars expects to emerge from bankruptcy in early October.

Penn National Gaming was the first gaming company to launch a REIT when it spun off Gaming and Leisure Properties (GLPI) in 2013.

Since its creation almost four years ago, GLPI has completed more than $5 billion in transactions.

GLPI acquired the real estate owned by regional gaming operator Pinnacle Entertainment for $4.75 billion in an all-stock deal in July 2015 to lease the casinos back to Pinnacle.

GLPI, which owns real estate associated with 38 casinos, recently completed an $82.9 million acquisition of Bally’s Casino and Resorts Casino, both in Tunica, Mississippi.

During MGM’s second-quarter earnings conference call, CEO Jim Murren said he expects National Harbor to be sold to MGM Growth Properties by the end of the year.

At some point in the future, MGM’s $950 million casino in downtown Springfield, Massachusetts, which is scheduled to open next year, will also be sold to the REIT.

According to the terms of the REIT, MGM leases the properties under a long-term, triple-net master lease with an initial 10-year term and four five-year extensions at MGM’s option.

Currently, MGM Growth Properties consists of 11 resorts, including Borgata in Atlantic City and the Mirage in Las Vegas.

REITs have existed for more than 50 years in the U.S. after Congress granted legal authority for the trusts in 1960 as an amendment to the Cigar Excise Tax.

REITs do not pay federal income taxes, but are required to distribute 90 percent of their taxable earnings to shareholders.

In December 2015, Congress passed legislation to eliminate tax-free structures such as GLPI. However, Caesars can still create a tax-free REIT because the company submitted a request to the IRS in March 2015, eight months before the deadline.

While some gaming executives remain bullish on REITs, several analysts were cautious about more casinos spinning off their properties into REITs and whether they could survive another recession.

In a recent report, Bumazhny wrote that gaming revenues “are not ideal for supporting the long-term, largely fixed, triple-net leases found in gaming REITs.”

On the other hand, a REIT does have its advantages, and has worked

out well for Penn and may likely bode well for others, according to Steven Gallaway, managing partner of Global Market Advisors.

“From a short- to mid-term goal, a REIT does allow for additional return to investors due to market evaluations of the companies and certain tax advantages that free up additional capital, which enhances returns as well,” Gallaway says.

What has yet to be seen is how the operating assets would survive a large economic downturn.

“Given the high levels of fixed rent for the operating entity when going to a REIT structure, it would likely be more difficult for the operator to meet its financial obligations in a recession without defaulting,” Gallaway says.

For a REIT that does have close links to an operator, Gallaway says it is not unlikely that the REIT would choose to seize the assets of a non-sister company that is in default rather than work towards a workout with a subject operator.

“Perhaps this is the reason why many public gaming companies have chosen to not go with a REIT structure,” he says.