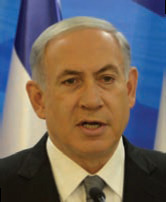 Israeli Prime Minister Benjamin Netanyahu wants information on the potential economic and social impact of a proposal to open the first legal gaming casino in the resort city of Eilat.

Recently re-elected, Netanyahu made a campaign promise to look into the likely social and economic effects of legalizing gambling in Israel, which would be a controversial move.

If the casino idea gets approved, the Eilat Airport’s current location is among potential casino locations, the Times of Israel reported. The airport is scheduled for relocation.

If the casino eventually opens, it would give Israelis their first domestic casino since the Jericho casino closed in 2004 in nearby Palestinian-controlled territory.