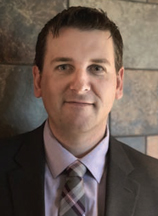 Jason Birney grew up just outside Philadelphia. He reveled in the local sports scene. But he also knew that choosing the gaming industry meant eventually moving from the city he loved.

“My family understands and has been incredibly supportive, not to mention my wife, Kimberlee, who started this journey moving around with me when she was just my girlfriend,” he says.

The journey began after graduation from Florida Southern College when he returned to the Philadelphia area. The owner of a flower shop where he worked to put food on the table asked Birney if he ever considered Atlantic City.

“Not long after that, I started my career as advertising production planner at Showboat” in 2002, he says. Birney also worked in a similar capacity for Harrah’s and at Harrah’s Philadelphia as advertising and public relations manager from 2006 to 2009.

“I was exposed to multiple properties and leadership teams at a young age,” he says. “I was able to compare how different operators handled their business challenges, and that gave me insight into how I may want to handle my own operations in the future.”

Birney worked directly for the regional vice president of marketing in developing and deploying key strategic initiatives for what was then four Caesars Entertainment properties in Atlantic City, including the opening of the House of Blues at Showboat, the World Series of Poker circuit events, the opening of The Pier at Caesars and several expansion projects.

While Birney felt Atlantic City was just like being home, he never moved out of Pennsylvania during his tenure in the resort.

“In retrospect, I wish I took the opportunity to live at the beach in my young 20s,” he says now.

The big move came with Penn National Gaming, beginning in 2009 with a stint as director of marketing at Hollywood Casino Hotel & Raceway in Bangor, Maine. Birney left in mid-2011 for Hollywood Toledo as vice president of marketing, moved to Hollywood Columbus in the same role, where the company promoted him to assistant general manager, then upped him to general manager at Hollywood Gaming at Dayton Raceway before assuming the same title at Columbus.

Birney owes his success in part to a host of mentors, in marketing and finance.

“I’ve had a few that I can directly point to that helped me understand the importance of casino marketing and our responsibility to drive profitable revenue to the organization,” he says. “In recent years, I’ve benefited from my colleagues that are more experienced in finance. The two specialties give me a well-rounded understanding of how to drive revenue while managing strong margins.”

Birney sees digital gaming as a growing aspect of the casino universe, as evident in the increasing footprint of electronic table games.

“Companies continue to listen to player feedback, and that shows when they release new product,” he says. “I’ve also seen concepts at the gaming show that include digital felts on traditional table games. As an operator, it’s exciting to think that you could change your spread of table product multiple times a day to handle the fluctuations in player demographics.”

In Birney’s experience, few people come out of college thinking gaming as a career choice. To introduce the notion, he and colleagues in Ohio open up the possibility to hospitality students.

“If younger people enter their career with a desire to learn and can be movable for development opportunities, companies like Penn National Gaming are perfect to jump-start a career in gaming,” says Birney, the father of a toddler, who enjoys golf and still roots for Philadelphia teams.