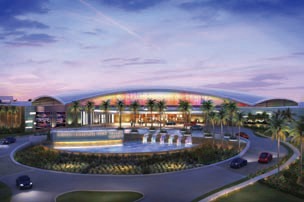 The city council of Glendale, Arizona last month voted to challenge an appeals court ruling that allows the Tohono O’odham Nation to go forward with its casino adjacent to the city limits. This continues the battle the city took on in 2009 when officials vowed to stop the Indian casino.

It will join the state of Arizona and the Gila River Indian Community in continuing the fight against the casino.

The 9th U.S. Circuit Court of Appeals last month in a divided decision upheld the Bureau of Indian Affairs decision to put 54 acres for the tribe into trust to become reservation land.

“I want this settled for once and for all, and who better than the highest court in the land to tell me that A) I either have to sit at the negotiating table with the Tohono O’odham or B) the Tohono O’odham can go find another place to put a casino outside of a city?” asked a council member before the vote.

The city had until the end of October to file an appeal, either to the appeals court for a rehearing, or to the U.S. Supreme Court.

One of the city’s main concerns is having a sovereign nation on its borders, an entity over which it would have no control.