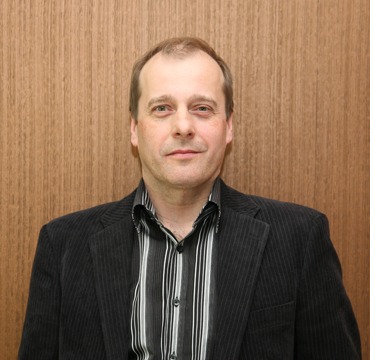 As the operator of the only casino in a country of 5 million, Heikki Rinta-Panttila should be content with his market. But he’s not. Rinta-Panttila was recently visiting Las Vegas consulting with an architecture firm about another expansion of the Grand Casino in Helsinki. Opened five years ago, the Grand Casino has been a smashing success, adding a mix of fine dining and entertainment to an already-appealing gaming experience. Rinta-Panttila explained the structure of gaming in one of Europe’s northernmost countries when he spoke with Global Gaming Business Publisher Roger Gros in Las V egas in January.

GGB: Let’s start with an overview of the gaming markets in Finland.

Rinta-Panttila: The gaming industry in Finland has been very stable for many years. For casinos, we have a company that is owned by an organization that consists of a consortium of charities. They have a monopoly to run casino games throughout the country. We have about 18,000 machines throughout the country, in what we call “mini-casinos”-about 60 of them-and one “proper” casino in Helsinki, which I run.

Explain how big your market is, in Helsinki and beyond.

In the Helsinki metropolitan area, we have about 1 million people. Remember, there are only about 5 million people in the entire country. Out of our customers, about one-third come from foreign countries and the other two thirds come from Finland.

You’re in charge of Grand Casino Helsinki. Give us some background on that property.

Compared to Las Vegas, it’s not very big. But by European standards, it’s quite a good size. We have about 25 tables, 300 slots, three restaurants, three bars and a showroom. It’s located right in the center of Helsinki. Easy to access and centrally located for all activities.

The building you currently occupy is a historic building, correct?

Yes, it’s more than 100 years old. The oldest parts of the building have been renovated to appear as they were 100 years ago. That is our showroom and fine dining restaurant. The biggest part, the casino, was designed by Paul Steelman, because we felt we needed to bring some Las Vegas excitement to the gaming area. He did a great job and we’re very pleased with the design.

What was the reaction of your clientele to the new property?

The “wow” factor really seemed to work. It’s completely different than Scandinavian architecture, and our guests were very impressed.

I was a bit concerned to put this really modern casino together with the old renovated areas, but it seems to work fine. It seems that every generation has a story to tell about this building, so we’re very pleased that we can continue that tradition.

You mentioned that you have a big international market. What are some of the nationalities that love your casino?

Surprisingly, we have a big Asian clientele. We have a rather large Asian population in Finland, and the airlines have good connections to major Asian cities. That brings a lot of people to Helsinki. They don’t necessarily come specifically for the casino. They stop there when they travel. They apply for visas to other European countries, so they wait and play.

Russians are a big group as well, but not as big as they once were.

Do you think the Russian market will grow once they close down the legal casinos in Moscow and St. Petersburg?

That’s a very good question. We don’t know exactly what will happen when the casinos go away, so it could be a very good market. Especially St. Petersburg, because it’s only about 350 kilometers from Helsinki. Even if they get the gambling zone opened in eastern Russia, we’ll still be the closest casino to St. Petersburg, which is 5 million people.

What is it like running a gaming monopoly without nearby competition?

When you don’t have a casino next door, it makes some decisions easier. But we still compete for the money that people spend on entertainment and leisure activities. This monopoly system is monitored very closely. Whatever happens gets a lot of attention and political pressure. There are points where it is actually a little more challenging than in a competitive environment.

What’s the revenue split for gaming at Grand Casino Helsinki?

Slot machines provide 68 percent of the revenue, with the remainder coming from the various table games.

The slot games are pretty much the same as you’d see anywhere-IGT is our biggest slot provider. Table games get at least half the revenue from roulette, with blackjack close behind. Poker was very big, but the boom has subsided quite a bit. It’s about 15 percent of our revenue.

Tell us about how you handle problem gambling.

That has been a big issue in Finland for a long time. We follow the research in this field very closely. We have very clear policies and procedures on how we are to handle problem gamblers. We take it very seriously. This is one of the issues that gets a lot of attention.

Where do you see the future of the Finnish gaming industry going?

There still is some room for growth, but not very much. We may consider the introduction of another casino, but then we have to consider how it would compete with our mini-casinos, so it’s not very likely.