Regulation Down Under provides lessons, challenges 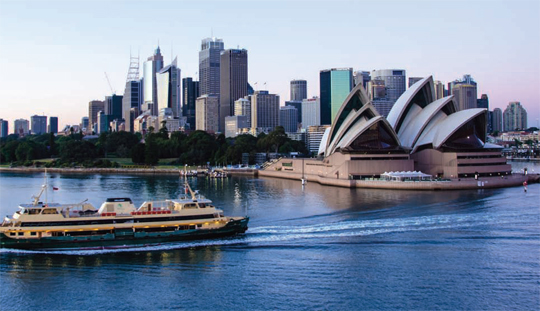 Australia comprises eight states and territories. Every one of them has at least one licensed casino and all but one has competition from slot machines in non-casino venues spread widely throughout. In addition, betting on horses and sports is ubiquitous. Other forms of legalized gambling also exist, making Australians the world’s biggest gamblers per capita.

The widespread availability of legal gambling is primarily a result of complex national constitutional laws which limit each state’s and territory’s ability to raise revenue through taxation. As a consequence, the states and territories have turned to gambling because taxes raised that way are less painful to impose than virtually every other option available to them. By being reliant on gambling tax revenue, state and territory governments have an interest in ensuring sustainable gambling businesses.

Each state and territory has its own regulatory regime. Since the early 1990s, there has been continued growth in gambling availability and spending even though successive state and territory governments have maintained some caps on the number of casinos and slot machines. Regulators ensured the requisite integrity. Even though growth in gambling opportunities requires more activity from gaming regulators, over the past decade governments have sought ongoing “productivity improvements” from gaming regulators, which is government-speak for doing more with less. 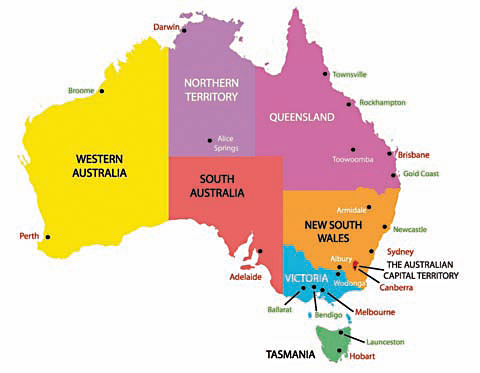 At the start of this century gaming regulators embarked on regulatory reform programs to eliminate what appeared to be unnecessary regulation. Until recently, it appeared that this model of light-touch, risk-based gaming regulation was serving all parties well. However, recent inquiries in the states of New South Wales, Victoria and Western Australia—which happen to be the states with the three largest casinos in the country—have shown that something has gone horribly wrong with this model.

It would seem that a combination of regulators taking their eyes off the ball, perhaps due to de-skilling caused by budget cuts, and casino operators abusing their social license to operate, have combined to allow inexcusable and illegal practices to infiltrate the operations of the country’s biggest casinos. The major operators are accused of a range of serious breaches, including allowing money laundering to take place, misrepresenting financial transactions, withholding information from gaming and AML regulators, and underpayment of gaming tax.

As a consequence, the country’s biggest operator, Crown Resorts, has been found unsuitable to be licensed in three separate inquiries in three different states. Nevertheless, it has been allowed to continue to operate, but it must follow a highly defined pathway to suitability in each jurisdiction or run the risk of having one or more of its three casino licenses canceled. Crown operates casinos in Melbourne and Perth and has a casino waiting for final approval to open in Sydney. That approval has been held up by that state’s regulator due to the findings of these inquiries, although it seems final approval might not be that far away.

The second biggest operator, Star Entertainment, has casinos in Sydney, Brisbane and the Gold Coast and is part of a consortium building a glamorous new integrated resort in Brisbane. The license for its Sydney property is currently under review, and by any measure, it has not been going well for Star. As happened with Crown, Star Entertainment has seen the mass exodus of company directors and senior executive personnel as public hearings disclose inappropriate and allegedly illegal operations at Star’s Sydney casino. A finding on Star’s suitability is yet to be announced, but it wouldn’t be a stretch to expect a similar decision for Star as has already occurred with Crown.

Because of the casinos’ misbehavior, governments have introduced new laws with tougher penalties. In Victoria, the maximum fine which could be imposed on the casino operator as a form of disciplinary action has increased from AUD$1 million (about US$720,000) to AUD$100 million. Part of the reasoning for the steep increase was to ensure that Crown could be prevented from retaining any financial benefit it might gain from its misdeeds. 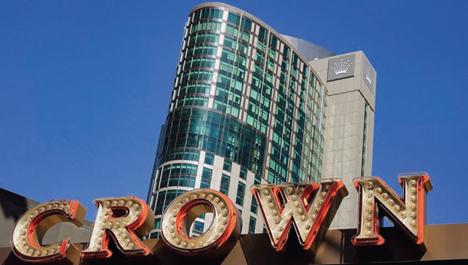 Crown Melbourne is Australia’s largest and most profitable casino resort

Just recently, we’ve seen the regulator make use of this new penalty provision by imposing a fine of AUD$80 million (approx. US$57 million) for breaches involving misrepresentation of financial transactions identified in one of the inquiries. The regulator stated in its reasons for this decision that Crown had generated AUD$32 million in revenue from this activity. As such, an AUD$1 million maximum fine would have been manifestly inadequate.

Other law changes recently announced in Victoria will impose greater obligations on the operator to cooperate with the regulator, and for the regulator itself to work more closely with other law enforcement agencies when potential non-gaming law breaches—such as loan sharking and drug dealing—are observed on the gaming floor.

Further regulatory changes will follow. In Victoria, these are expected to include various provisions to tighten observed weakness in anti-money laundering controls as well as a number under the umbrella of responsible gambling initiatives.

Some of the changes will be quite radical. They include abolishing cashless gaming for any transaction which is over AUD$1,000 (USD$570). Pre-commitment for slot machines, which already exists as a voluntary scheme, is likely to become mandatory for all players to use in Melbourne’s casino. In addition, time limits on customer play are anticipated. The proposal, although not yet enacted, is that there be a three-hour maximum play period on slot machines followed by a mandatory break of at least 15 minutes. In addition, players will be restricted to 12 hours maximum slot play in any 24-hour period as well as 36 hours maximum play per week.

There is also a recommendation from the Victorian inquiry to require new procedures for the verification of the identity of all persons seeking to enter the Melbourne casino gaming floor. This proposal seems anathema to most Australians, who have consistently resisted any form of a national identification system. Whether this libertarian streak will stall or even prevent this proposal from seeing the light of day remains to be seen.

Carded play for all gambling at the Melbourne casino is another recommendation likely to be implemented. The recommendation resulting from the inquiry is that the operator will be required to collect player card data including:

This data will be provided to a new body comprising one member each from the casino operator, the regulator and Victoria’s independent Responsible Gambling Foundation. The new body will then make this data available for research purposes to enable a better understanding of gambling behaviors and responsible gambling initiatives.

Restrictions have also been imposed on the casinos’ international business. This used to be a lucrative opportunity for Star’s Sydney, and Crown’s Perth and Melbourne casinos, earning large sums from international players, primarily from China. Sometimes called commission-based players, these players’ losses were taxed at a lower rate than the gaming revenue derived from the main gaming floor, with the differential being used to fund the commissions paid to the players and junket operators who delivered them. 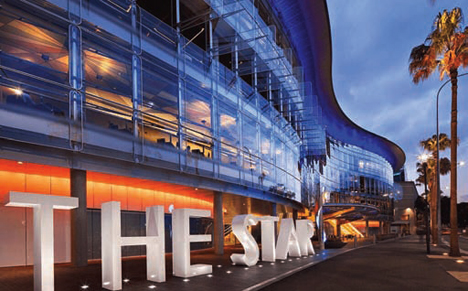 However, various breaches of laws have detonated a bomb under this business. Money laundering allegations, illegal credit betting and casino operators using junket operators with alleged criminal ties have all been uncovered by the media and subsequently confirmed by formal investigations. As a result, junkets have effectively been banned, although in this case, the casino operators got in first and declared they would no longer use them.

International players will still be welcome at the Australian casinos, but there will no longer be groups of junket players. Rather, players will be independent travelers. It must be presumed, though, that the various regulatory controls, including the improved identity verification and AML controls, will dampen the level of international business.

The Chinese government has previously indicated that it was uncomfortable with the amount of business international casinos had with Chinese nationals. While no specific jurisdictions or casinos have been named by the Chinese government, it has been assumed that Australian casinos were one group in the Chinese government’s sights. As a result, the revenue stream from this source was already shrinking. Nevertheless, the ongoing loss of junket business is impacting each of Crown’s casinos in Melbourne and Perth and Star’s Sydney casino. The business case for Crown’s Sydney casino, while not yet operating, was clearly designed around a significant level of international and junket business, particularly from China. The abolition of junket play may hit Crown’s Sydney casino harder than the others, which all have a strong domestic market.

Much of the change for the industry, though, will not just be through new laws. In addition, the gaming regulators, chastened by their previous apparent incapability, are being restructured and populated with new members. As a consequence, there will be a substantial reset in the way casinos are regulated in Australia. The regulation of liquor will be removed from the responsibilities of the Victorian and New South Wales regulators, with an emphasis being placed on casino regulation above all other forms of gambling regulation.

New gaming board members have or will be appointed along with new executive staff. They will wish to flex their collective muscles and show the operators that any non-compliance will not be tolerated. This has already been seen in Victoria with Crown’s recent AUD$80 million fine.

In addition, the risk-based model of regulation, incorrectly seen by some as a “hands-off” approach, is likely consigned to the dustbin, at least in the short-to-medium term. As a consequence, casino operators will face slower and more restrictive regulation with more checkpoints and pre-approval processes. This is a shame. It shouldn’t be necessary. But the casino operators only have themselves to blame.

There is a view in some quarters that casino operators should not be allowed to push against the elastic in attempts to extend the regulatory boundaries. I disagree with that view. I think every casino operator has that right. However, it’s the regulator’s job to push back. It would appear that this did not happen as much as it should have. Over time it seemed that the lack of pushback emboldened the larger casino operators either to find ways to work around the law or ignore the law altogether.

Nevertheless, to paraphrase a comment from the head of one of the recent state inquiries, “just because there is no security guard outside a bank, that doesn’t mean a person has permission to rob it.” Similarly, it is not unreasonable for the states and territories to expect their casino licensees to operate within the law without the need for stricter forms of gaming regulation.