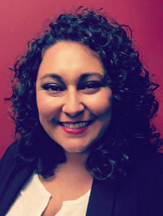 The path to success is different for everyone, and Frye’s is as inspiring as any, having had an early life that was filled with personal struggles. As a young mother of three children, two with disabilities, she struggled to keep a job and take care of her family. However, determined to have a better life for herself and her children, she entered college in 1999 while continuing to be her family’s bread-winner.

After persevering through numerous obstacles, she emerged 11 years later with a degree in business administration from Northeastern State University in Tahlequah, Oklahoma—an accomplishment of which she is particularly proud, since she is the first in her family to graduate from college.

As a truly self-made, successful woman, she reflects on how she was able to accomplish as much as she did, and it all came down to one thing: hard work.

Hard work is a constant for all successful people, but Frye is hard work embodied. As she puts it, “When something needs to be done, I make sure it gets done.” It is as simple as that. She does not have a single mentor to credit for assistance, but instead has tried to emulate the best in each person she has encountered. “Everyone around us has something to offer if we just pay attention,” she says. In turn, she goes out of her way to help others achieve their goals, whether personal or professional.

Reflecting on which decision has most impacted her career, Frye again credits hard work. “The decision to just be a good employee and a hard worker shows people who I am and what I can do. And that has put me where I am today.” She likewise has the same advice for other young professionals looking to advance, saying, “Show up when you’re needed, and do what needs to be done.”

A few of Frye’s proudest professional moments to date have occurred in her current position, along with being recognized as a Top 40 Under 40 in the gaming industry. “It was such an unexpected honor,” she says. “I am honestly just proud that other people see the things that I’ve been doing. Sometimes we get up and go to work and we think that’s all it’s ever going to be, and then something like this happens and you realize that what we’re doing really matters.”