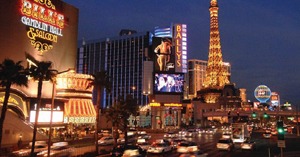 The organization Nevadans for a Fair 9 Percent Gambling Revenue Tax, backed by conservative businessman Monte Miller, has filed an initiative to raise the tax for any casino that makes more than 0,000 a month.

Existing rates are 6.75 percent on monthly revenues in excess of $134,000; if the measure went forward, it would affect about 170 of Nevada’s 443 license holders, regulators say.

The casinos promise to oppose the plan, saying it amounts to a 33 percent tax hike on gaming halls. Virginia Valentine, president of the Nevada Resort Association, called the plan “reckless and irresponsible.”

Miller justified his position by pointing out that casinos in other states have much higher tax rates—as much as 50 percent in Illinois and 26.5 percent in Louisiana. In Indiana, Miller said, the tax rate ranges from 15 percent to 40 percent. In 2010, that state’s 11 casinos paid nearly $875 million in gambling revenue taxes—more than the $835.4 million Nevada casinos paid in the same year.

Organizers need to collect more than 72,000 signatures by November to send the proposals to the 2013 legislature. If lawmakers reject the measures or fail to act on them, they would go to voters in 2014. Polls have shown that Nevada residents would favor an increase in the Nevada gaming tax rate.