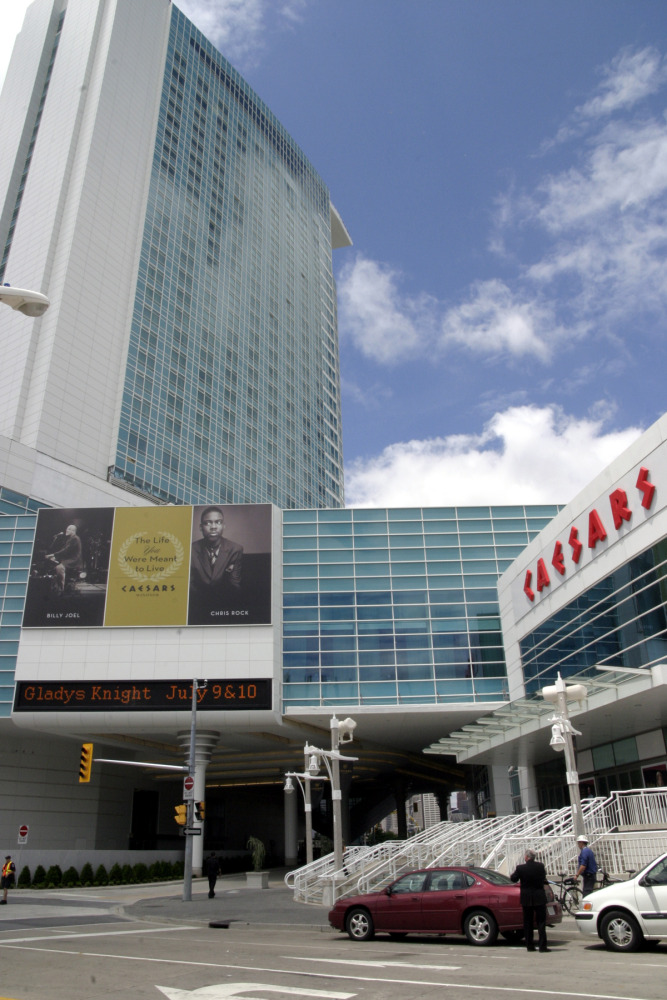 The Detroit/Windsor skyline changed dramatically with the opening of the first Caesars-branded international property in Windsor, Ontario, Canada. Caesars Windsor, formerly Casino Windsor, celebrated the official re-branded opening of its casino resort on June 19. Caesars Windsor is owned by the Ontario Lottery and Gaming Corporation, and is operated by Harrah’s Entertainment.

The gala opening was christened with an invitation-only performance by Billy Joel. In addition, the Colosseum has performances scheduled for later this year which include country stars Gretchen Wilson and Clint Black, comedian Chris Rock and the legendary Smokey Robinson.

Laforet said the new property and re-branding would help the casino property compete with MotorCity Casino, MGM Grand Detroit Casino and Greektown Casino, which are located across the Detroit River in Michigan.

“There’s a combination of things,” he said. “One, the Caesars name-because it is world-renowned and it’s recognized as the premier name in gaming. Along with Caesars and our affiliation with Harrah’s we’re hooked up with the Total Rewards player loyalty program, which is recognized as the biggest and best program in the industry. Specifically, on this property, to differentiate ourselves from the Detroit casinos, we have the entertainment element. We have a 5,000-seat entertainment center that the Detroit competition can’t match.”
Loveman acknowledged that the remodeled and re-branded Caesars Windsor is important to the city.

“I know this community (Windsor) has dealt with some hard times and fierce competition from across the Detroit River,” he said. “But that is about to change.”

The new 27-story Augustus Tower adds almost 370 rooms to the casino, bringing the grand total to 758 rooms. The newly built, 5,000-seat Colosseum entertainment center is the largest in the region, out-sizing even the Colosseum at Caesars Palace in Las Vegas. With over 20 rows of removable seats, the Colosseum adds an additional 40,000 square feet of convention space to the casino as well. Both additions make the new Caesars Windsor the largest convention resort in all of Canada, with over 100,000 square feet of convention space.

According to Dwight Duncan, minister of finance and member of the Provincial Parliament for Windsor-St. Clair, Canada, “This is a dream come true; this is a real convention center; it is in my view the premier convention center probably in the country; the conventions they are booking now are of such magnitude that we could never have considered this in the past. It is a huge opportunity in our tourism industry.”

The May 17, 1994 opening of the interim Casino Windsor was the first casino property to serve the Windsor/Detroit market. It was supplemented by the addition of the Northern Belle riverboat 15 months later, and both were replaced when the permanent Casino Windsor opened on July 28, 1998.

During Casino Windsor’s early years, it was the dominant casino property in the Windsor/Detroit market. Most estimates figure that 80 percent of Casino Windsor’s players have historically been from Michigan and northern Ohio, and thus it has had a strong dependence on American players that needed to cross the international border. In 2004, Casino Windsor’s market share was 34 percent, but according to governmental reports its share dropped to 19.3 percent in 2007.

The September 11, 2001 terrorist attacks on the United States produced an undesired ripple effect for Casino Windsor, resulting in lasting and persistent revenue drops. The increased American/Canadian border security created cross-border commuting issues, resulting in increased travel time and inconvenience. Consequently, a percentage of the tourists from the United States who visited Casino Windsor chose to stay closer to home and patronize the three Detroit commercial casinos.

In February 2005, Casino Windsor announced a C$400 million construction project which included an additional hotel tower, entertainment facility and convention center to be completed over the next few years.

In 2006, Casino Windsor announced the re-branding of its facilities to Caesars Windsor. Over C$430 million has been invested in the construction and renovation of the casino facility.

“This is a tremendous property,” remarked Laforet. “Combining this great facility with the world?renowned Caesars name makes Caesars Windsor a premier destination for world-class entertainment and getaways.”

The new additions and re-branding of Caesars Windsor came at a much-needed time, as the negative effects resulting from increased border restrictions, weak metro Detroit economy, competition from the three Detroit casinos, the strong Canadian dollar and prohibition of smoking at Caesars Windsor have all taken a heavy toll on Windsor’s gaming industry. The new additions to the casino resort have since enhanced the casino property, making it an attractive choice for potential patrons.

According to Holly Ward, director of communications and community affairs at Caesars Windsor, “Right now we’re at about 9,000-11,000 people a day, and we are expecting to see an increase. When you have a building of our caliber and all of the amenities that we can now offer, more people will come. There is so much cache in the Caesars brand name that the brand will bring people who will come visit because it is a Caesars property.”

To better compete with its chief rival, the MGM Grand Detroit, Caesars Windsor hopes to draw premium players with high-limit wagering up to $50,000 at some tables.

That’s 10 times higher than any casino in Detroit and higher than bets accepted anywhere else in Canada.

Blaine DeGracia is on the staff of Regulatory Management Counselors of EastLansing, Michigan.