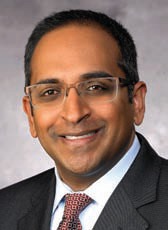 When it was announced in September that Global Cash Access, the leading supplier of ATMs, kiosks and payment technology to the casino industry, was acquiring Texas-based slot manufacturer Multimedia Games, there was surprise across the industry—not that MGAM was being bought, but that GCA, rather than a larger slot-maker, was doing the buying.

But for Ram Chary, who became CEO of Global Cash Access a year ago, it was part of the plan to transform the Las Vegas-based supplier into a much larger, more diverse company.

With thousands of ATMs and kiosks already in the field, GCA was already the top gaming supplier in its field when Chary took the reins in what is his first job in the gaming business.

Right out of the gate, Chary knew he wanted to grow the company into something bigger. “GCA enjoyed great market share, had great financial fundamentals, good cash flow and very low leverage,” he says. “I took advantage of those characteristics to grow the company through acquisition.”

The first would be a tuck-in acquisition that immediately diversified the company’s services to casinos. Last spring, GCA acquired NEWave, supplier of a wide range of compliance software that automatically puts operators in compliance with federal tax, anti-money-laundering and other regulations. A few months after that came the Multimedia announcement.

“Our acquisition of Multimedia Games clearly is a transformational opportunity for us to move more and more into gaming and to continue our gaming-exclusive nature,” says Chary.

Moreover, he adds that by being in casinos exclusively, GCA had developed an R&D culture that made it more than simply an ATM supplier.

“Clearly, in the macro economy, ATM transactions are more commoditized, and some of the cash advance aspects of the business were found in a lot of different places,” Chary says. “What I was more surprised to find was that we have proprietary technology—proprietary software that’s patent-protected, and kiosks that are also very unique and stand on their own in the space, and they are things that are not provided by the other suppliers.”

It is in that respect that the acquisition of Multimedia Games makes the most sense, Chary says. “Fundamentally, we both provide hardware that ends up on the casino floor that’s critical in the casino operation,” he says. “That’s a commonality that’s very significant but that many people overlook. We sell to the same decision-maker in the casino’s organization more often than not.

“We’re unique in the space in that we have proprietary technology no one else has, and we have functionality in our hardware no one else has. Multimedia shares that individuality. They are Austin, Texas-based; they are run much more like a software development company than a slot supplier, and as a result, they provide innovative, different-looking and distinctive slot products to the gaming space. In terms of the DNA of the organization, the focus on technology and innovation is something we both have.”

Multimedia Games has been one of the fastest-growing companies in the slot supply sector. Originally concentrated solely in a few Class II markets, MGAM has spread rapidly in the Class III arena over the past few years. Combined with GCA—a company with licensing and distribution in place across the industry—that pace is sure to speed exponentially.

“We’re in more than two times the casino properties that Multimedia is,” Chary says. “We have almost three times the number of relative licenses in jurisdictions to sell products and services. So, using our deep relationships and our large footprint as a channel to afford more jurisdictions and more entities Multimedia’s capabilities is really going to be key for us going forward.”

Not that GCA’s core business is going anywhere. GCA generates more than $20 billion in cash to casino customers and process more than 90 million transactions every year. Just the past few months have seen major contract renewals from Station Casinos, Penn National Gaming, Seminole Gaming, Foxwoods and others.

In 2015, Chary says he will focus on “translating the power of our combination to clients,” by molding the varied offerings into viable solutions for operators. “Our cash-to-the-floor solutions will continue to allow them to get the most out of the patron base they have, and in terms of patron experience, the innovative games we’re bringing to market in 2015 on the Multimedia side will help our clients have their clients enjoy their experience in the casino,” he says.

“We aspire to be the most relevant strategic partner for casino operators.”

Meanwhile, says Chary, GCA will remain on the hunt for acquisitions that can quickly expand its services. “We’ve had an unprecedented, historical pace in 2014 of consolidation in the supplier space, and the larger ones will take 12-36 months to settle,” he says. “Our complementary acquisitions will allow us to focus on our clients immediately.”