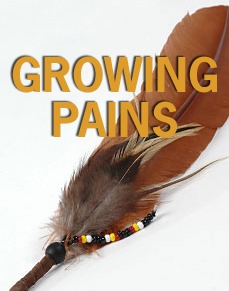 Knute Knudson has spent much of the last 20 years bent over spreadsheets and other documents which, to one degree or another, chart the growth of American Indian casinos and the evolution of gambling devices that generate the bulk of the industry’s revenues.

A former South Dakota state legislator and deputy chief of staff for the U.S. Department of Interior during the President George H.W. Bush administration, Knudson first got involved with tribal casinos in 1993, when he joined Sodak Gaming Inc.

Knudson is still scrutinizing those spreadsheets as vice president of global development for International Game Technology, which purchased Sodak in 1999.

“We (IGT) track federal recognitions (of indigenous groups). We track land/trust decisions. We track new (tribal-state gambling) compacts. We track compact revisions. Obviously, we have a list of state compacts, when they will be renegotiated and how that may impact the business.

And what conclusions has Knudson reached?

“I think the trend lines are all bullish,” he says. “I’m bullish about tribal government gambling and the full gamut of gambling businesses, which include land-based casinos, internet activities and mobile gaming.”

Knudson makes no secret of his bias.

Knudson’s opinion should not be taken lightly. But a number of industry analysts are not as bullish about the future growth of tribal gambling.

The tribal government segment of the U.S. casino market is, indeed, making a slow recovery from the 2008 recession. The National Indian Gaming Commission in a July 2012 report said 2011 revenues jumped 3 percent to $27.2 billion, the first increase in three years.

But with 460 casinos now spread throughout 28 states, tribes face the challenges of market saturation, not to mention increasing competition from expanding commercial casinos and state lotteries.

Some states may even attempt to amend or void compacts, opening the door to commercial casinos in major cities. Urban casinos would seriously cut into revenues that today flow to the largely rural Indian facilities.

“There’s no doubt the pressure will be there, particularly with the state of the economy,” says Bill Lomax, president of the Native American Finance Officers Association.

“A nearby state may decide to get a piece of the gambling action,” he says. “Or a state with tribal casinos will threaten to open up gambling in order to get a bigger piece of the tribal revenue pie.”

The Mashantucket Pequot Tribal Nation, owner of Foxwoods Resort Casino, and the Mohegan Tribe, owner of Mohegan Sun, both in Connecticut, have restructured billions of dollars in bonded indebtedness in the wake of double-digit drops in slot revenue, the result of casino competition from nearby states.

Lomax says he would not be surprised if California lawmakers, facing a continuing debt crisis, attempt to do away with a 1999 constitutional amendment giving tribes the exclusive right to operate casinos.

“California keeps running deficits year after year, and they see the tribes getting $7 billion a year, of which the state is only getting a couple of hundred million or so,” Lomax says.

“All the state has to do is put five casinos in major urban centers. That will bring them 10 times the revenue they’re getting right now.”

Finally, there is the fear among Indian leaders that internet wagering at the federal or state level will allow lotteries and commercial gambling interests to encroach into tribal markets.

“Any number of things could negatively impact Indian gaming.”

Gambling is largely built out on the 246 tribal reservations (there are 346 federally recognized tribes in the lower 48 states) with casinos spread out over 28 states.

And federal court rulings—notably Carcieri v. Salazar and Salazar v. Patchak— have created legal and financial obstacles for tribal governments seeking to acquire and place additional land in trust for gambling and other purposes.

“The challenge for tribes is that a number of markets are nearing saturation,” Lomax says.

“The revenue increase (in 2011 revenue) was interesting in the sense there were several properties that were significantly impacted with the downturn in the economy,” Jackson says. “It’s difficult to determine from the data, but it’s very likely. They’ve seen their trough and are coming back.

“I don’t think there is going to be much more unit growth. I don’t see any new green-field tribal gaming projects; nor do we see that many more expansion projects.”

One exception is the Federated Indians of Graton Rancheria. Managing partner Station Casinos this month secured $825 million in financing (a $375 million loan, $25 million in revolving credit and $450 million of senior notes) to build a casino resort near Rohnert Park, 43 miles from San Francisco.

“Obviously, Graton Rancheria is going to be a big incremental revenue increase for that region,” Jackson says. “They’ll cannibalize a little from existing properties, but that will increase overall revenue from that region.”

Some California tribes fear competition from additional Indian casinos while others are critical of federal and state policy allowing tribes to encroach on the ancestral lands of other Indian nations.

Despite the increasing market saturation in Indian country, there are growth opportunities for tribes in California and newly emerging gambling markets such as Massachusetts.

There are 14 pending applications with Department of Interior (DOI) from tribes seeking to place land in trust for casinos, four in California. Interior under the Obama administration has pared the list down from what once were more than 30 applications.

“Under President Obama, the DOI reversed its anti-gaming expansion posture adopted under the Bush administration,” wrote FitchRatings in a report earlier this year.

Interior last year approved placing casino land in trust for the Enterprise Rancheria of Maidu Indians in Yuba County and the North Fork Rancheria of Mono Indians in Madera County, both in California. Governor Jerry Brown had an August 31 deadline to approve or reject the trust actions.

Knudson says he is confident tribes will confront the challenges of a maturing casino market and increasing competition.

“Indian Country has survived the economic downtown better than the commercial markets,” Knudson says, in part because of the geographic and demographic diversity of what are largely local-market casinos.

“In some of the markets (tribal casinos) have unique competitive advantages,” Knudson says, including in many cases statewide exclusivity.

“There are a lot of tribes doing just fine in this economic environment,” Lomax says, although the era of double-digit growth that came in the wake of IGRA may remain a thing of the past.

“There is a window of opportunity for tribes to continue to make some great money and have a sustained business, even if it’s not as profitable, for a very long time.”

Meanwhile, a number of tribal governments are diversifying casino economies by pursuing commercial gambling ventures off the reservation.

The Mohegan Tribe, Chickasaw Indian Nation of Oklahoma and Seminole Tribe of Florida have either purchased or entered into contracts to manage commercial casinos and racetracks in Pennsylvania, Texas, Mississippi and elsewhere.

The projects allow the tribes to expand their gambling portfolios and marketing reach beyond the reservation.

The nationwide logistics of Indian casinos could give tribes an advantage with the onset of internet and mobile gambling.

“Absolutely, there are concentrations of tribal casinos in major urban areas and throughout rural America that have all developed sophisticated marketing programs,” Knudson says. “They have extensive player lists. They have regional name recognition and brands. All of that can collectively and effectively be utilized in internet and mobile gaming and marketing efforts. Tribes are looking at (interstate internet) consortiums.”

“Tribes should be taking control of internet gaming, tying it to their players clubs,” Lomax says. “When it does come, I would like to see tribes have control over it and use it to their advantage.”

But the 246 casino tribes remain sharply divided on whether there should be a federal scheme to legalize internet poker and how legislation should be crafted.

Draft legislation released in July by the Senate Committee on Indian Affairs (SCIA) strays from a set of “principles” tribes are demanding in congressional legislation.

Indian leaders contend federal legislation must recognize tribes as sovereign governments with tax-exempt status. Tribes should be allowed to accept off-reservation wagers. And legislation must not infringe on tribal-state compacts or require amendments to IGRA.

Tribal leaders also are opposed to requirements in pending internet legislation that regulatory authority be placed with the Department of Commerce and not the National Indian Gaming Commission, the federal agency for tribal casinos.

Tribal attorney John Harte urged tribal leaders meeting in Mystic Lakes, Minnesota, to weigh in on the SCIA legislation as well as a proposed bill sponsored by Majority Leader Harry Reid (D-Nevada) and Senator John Kyl (R-Arizona), which is not yet in draft form.

“A big question for tribal leaders is whether internet and mobile gaming will be tribal government gaming or be done as a commercial enterprise,” Knudson says, subject to non-Indian taxes and regulation. “Tribal leaders are cognizant of the question and aware of the consequences of going one way or the other, and what it would mean to sovereignty.

“Whether it (tribal gambling venture) goes into the category of government gaming or commercial gaming depends on the unique circumstances of each tribe: what tribal-state compacts they have, what relationships they have, what business deals they’ve signed, what consortiums they’re looking at, all that kind of stuff.

“That’s what sovereignty is all about: the right of these governments to make decisions on their futures.”

Monitoring court cases and federal Indian policy; trends and technology in internet, mobile and social gaming; and the expansion of commercial gambling and state lotteries are all key to the ability of tribal governments to remain competitive in the U.S. gambling market.

“These are businesses, and business by its nature is tough,” Knudson says. “Every business has challenges. You must manage the businesses effectively and you must look down the road. You must take actions now that play out over a decade, or over five years.