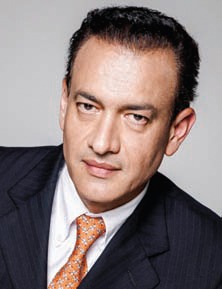 It is widely believed that U.S. state lotteries will use the power of the internet to enter into the gaming market. While there are good indications this might happen, the good news is that it will take some time before they will go online with a fully fledged gaming service, thus giving casinos a time window to re-engineer themselves and increase the size of the pie.

The belief that lotteries are converging into gaming is not without merits. Those in the U.S. can look north of the border, where Canadian provinces such as British Colombia Lottery Corporation (BCLC) has set up an online website that covers all types of casino games, sports wagering, skilled games such as poker and lottery games. BCLC’s owned-and-operated Play Now (www.PlayNow.com) is a full internet gaming site generating healthy cash flows for the province.

Another sign of upcoming competition is the recent spate of mergers of slot manufactures such as WMS, IGT and Bally with lottery suppliers GTECH and Scientific Games.

For the last 30 years slot manufacturers were casinos’ best partners. By providing the devices that generated most of the casinos’ profits, gaming manufacturers fueled their growth. Now these companies have positioned themselves to be partners with the state lotteries, supporting the notion that the line between lotteries and casinos is going to get very blurry.

Casino slot manufacturers’ recent rush to merge with their counterparts on the lottery side is a message to the industry expressing their frustrations with protectionism and lack of progress in cooperating with each other to embrace the internet. The new merged entities have put themselves in the driver’s seat to take advantage of the new opportunity of distributing games through a new channel for two competing industries.

They are hoping for a breath of fresh air on the other side of the aisle. They also see consolidation as an effective shield against casinos looking to pass on some of their current economic hardships to them and squeezing their profit margins.

Through mergers, the top three big game manufacturers have moved to the adjacent lottery market hungry for more revenues via new distribution. The mergers reflect a milestone for the paradigm shift of selling expensive boxes built for a casino floor to selling games on less expensive and ubiquitous devices such as PCs, tablets and smart phones.

The most likely scenario in the U.S. is that the state lotteries will not offer a full range of gaming services similar to those offered by the lotteries in other countries. The history and dynamics of gaming in the U.S. is very different than a country such as Canada where the government historically owns both casinos and lotteries.

Since U.S. casinos have large numbers of employees, it will be too risky for lawmakers to jeopardize their jobs by allowing lotteries to compete with casinos on all fronts. In all likelihood, the overlap between the two industries would be limited to slot-type games.

Knowing what the future will bring, casinos need to find new revenue streams to compensate for loss of market share. In the past when the gaming customer base was growing, all casinos were making money and the ones that invested in bigger resorts were making even more money, causing the overcapacities we are currently experiencing. The business was so good that they didn’t have to look over their shoulders to worry about offshore internet gaming companies taking billions of dollars from their potential customers.

They also missed the boat on the social gaming phenomenon. As casinos missed on new opportunities and more casinos were built across the country, the customer base for most casinos shrank, which, combined with players watching their wallets, was a perfect storm to knock out some casinos in several markets and put many others in a dire-straits situation.

Casinos have to accept that today’s internet is a must-have communication ecosystem, and that it will not substitute visitations to their casinos. With lotteries going online, casinos will no longer be able to drag their feet. Soon, they will find themselves forced to compete with state-owned lotteries in a virtual market.

By embracing new technologies, casinos can grow into their own adjacent markets. Using the internet and video streaming technologies they can create a new category within the media and entertainment sector. In Europe, this category already exists—recently, Sky TV sold 80 percent of its stake in Sky Bet for about $1 billion.

Casinos can create interactive gaming shows by broadcasting live games on cable TV or on a website with viewer participation and engagement, a new model called second-screen gaming. Viewers can participate in a game using their tablets and smart phones as a second screen while watching the game on the first screen broadcasted on a TV channel or over the internet.

Today’s slot machines, with all their technology, design and graphics, still do not excite the millennial generation who are used to games that require decision-making skills. However, on the other hand, table games, which were the foundation of the casino industry, have not changed over the years and have not benefited from the technological revolution.

It is time for casinos to go back to their roots and make table games more digital, and start distributing them over a network.