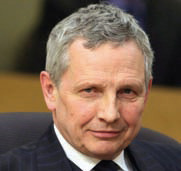 Following a competitive procurement process, Ontario Lottery and Gaming Corporation selected a group headed by Great Canadian Gaming Corporation, the Ontario Gaming East Limited Partnership, as the service provider for Gaming Bundle 2, one of three gaming zones in the East Gaming Bundle. The Ontario Gaming East partnership will pay .4 million cash plus another million in expenses in return for a 20-year agreement with OLG to operate existing betting facilities at Thousand Islands casino near Kingston and the slots operation at Kawartha Downs in Peterborough.

The contract also allows Ontario Gaming East to build a new casino in Belleville or Quinte West. However, Quinte West Mayor Jim Harrison said he told OLG officials there isn’t any land in Quinte that is suitable for a gaming facility and the city is not interested in applying for a license. Chuck Keeling, vice president of stakeholder relations and responsible gaming at Great Canadian Gaming, said the company hopes to have a new or expanded facility ready to open by the fall of 2017.

OLG President and Chief Executive Officer Stephen Rigby said the announcement “marks an important milestone in OLG’s modernization and the future of our organization. As the service provider for the East Gaming Bundle, the investments Ontario Gaming East LP will make will help move modernization forward while ensuring we continue to deliver an exceptional experience for our customers.”