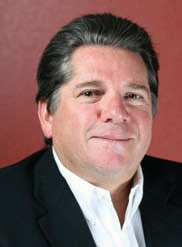 Galaxy Gaming announced that the Harrah’s Cherokee Casino Resort in North Carolina has installed Galaxy side-bet products on 61 of its 100 tables. The positive announcement came four days before regulators in California upheld a judge’s ruling that the company is unsuitable to do business there.

The California Gambling Control Commission unanimously upheld a judge’s ruling that deemed Galaxy Gaming California, a subsidiary of Las Vegas-based Galaxy Gaming, and its CEO, Robert Saucier, unsuitable to do business in California.

Since it involved litigation, the four-member gaming commission voted in closed session and declined comment afterwards.

Both Galaxy and Saucier had submitted applications for a finding of suitability to supply Native American casinos in California with casino products. Galaxy manufactures a variety of side-bet products for table games, as well as TableMAX, an automated table game that offers blackjack without a live dealer.

Galaxy Gaming officials quickly announced that it will be business as usual for the company in all its jurisdictions, including California, where it will continue to service its tribal contracts. The company points out it operates under a separate license than the one that was rejected by the commission.

“It is important to remember that our company’s current status as a licensee in California is unchanged and remains in good standing,” Galaxy said in a statement. “Nothing ends here. We are confident there will be no interruption in Galaxy’s client service and our popular products will continue to be available in California now and in the future.”