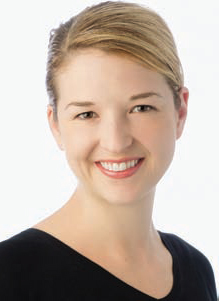 Seven years. That’s how long it took Anna Sainsbury to grow GeoComply from a kitchen-table enterprise to a global leader in geolocation for the gaming industry.

Sainsbury began her gaming career as commercial director of Technical Systems Testing (now owned by GLI), working on compliance with regulators, operators and vendors around the world. After five years, she struck out on her own as a consultant. That’s when she recognized the exploding need for geolocation solutions in the U.S. market. GeoComply was born.

“Until that time, most European operators had used an IP-based geolocation solution, which was enough for European regulators,” Sainsbury says. “The U.S. had very specific requirements whereby you had to have assurances that the user was in the state or district and not using tools to mask or manipulate their location.”

The company began “as a small, awkward team of myself, (CEO) David Briggs and (VP of Regulatory Affairs) Lindsay Slader,” all working from their homes. Today, GeoComply serves every North American jurisdiction, has a 70-person worldwide team, and is “growing organically” to meet growing demand.

In the U.S., the solution “pulls in any kind of location data available, and uses more than 350 fraud checks to ensure that the data points hadn’t been tampered with,” says Sainsbury. “That way we can give the highest level of assurance that any player is within the state of the permitted licensed operator.”

Sainsbury says she wasn’t the stereotypical whiz kid growing up, and in fact gravitated more to the arts.

“By no means was I the smartest kid in class—I just really enjoyed solving problems.” A graduate of the interior design school at the British Columbia Institute of Technology, she sees many parallels between design and technology, and calls her work at GeoComply “a big puzzle that we get to solve for our clients.”

Not surprisingly, she’s busy these days. “It’s an exciting time. We’ve had dozens of launches over the past few weeks and have many more to come over the next three months. It’s going to be a big challenge rolling out a post-PASPA market responsibly with some type of consensus on what KYC rules are—not just geolocation but age, ID fraud, payments. We have a lot of work to do to make sure banks are trusting the systems and getting those payments online.”

Asked what advice she would give to up-and-coming entrepreneurs—or her younger self, for that matter—Sainsbury says, “Relax. I sometimes wanted problems to be solved before the market was ready, and that’s not necessarily within my control. You’re always going to end up somewhere, so enjoy the ride.”

On a personal note, she’s dedicated herself to the cause of child protection and how her technologies can help stop illegal child imaging on the internet.

“I’m working with police and the Canadian Centre for Child Protection on these matters,” says Sainsbury. “It means a lot to me.”

Meanwhile, as more states open for iGaming, more player portals become available and more people try to slip through those geo-fencing barriers, “we are constantly evolving,” says Sainsbury. “It keeps our team on its toes and makes sure we continually innovate. I just love a good challenge.”