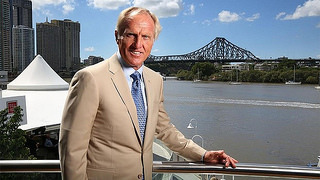 Crown Resorts and Chinese retail giant Tai Fook Enterprises are among a group of 12 entities lodging bids to develop resort casinos in the Australian state of Queensland.

Queensland is currently home to four casinos, but the government is opening up three new ones with a view to leveraging the state’s sizeable natural attractions, including a massive coastline and draws like the Great Barrier Reef, to boost its tourism profile among big-spending Asians, particularly those from China, as an economic development tool.

Six of the bids are for Brisbane, which the state has reserved for one of the licenses. Sydney’s Echo Entertainment operates the sole casino there currently, and is bidding for the new license. So are Crown and Chow Tai Fook, a Chinese jewelry merchant, along with New Zealand casino operator SkyCity Entertainment, Australian developer Lend Lease and a unit of Shanghai-based property giant Greenland Holdings.

Of the other expressions of interest, two relate to Gold Coast, where Echo also operates, and four to sites in the far north of the state near the Great Barrier Reef, currently home to the small Reef Casino Hotel in Cairns. Reef has been snapped up by Hong Kong financier Tony Fung, who is bidding for a license to develop a massive mixed-use resort with a casino on the northern coast near the Barrier Reef.

Golf legend Greg Norman has joined forces with Tower Holdings, which is proposing to build a $2 billion resort project on Great Keppel Island. The development would include a casino, championship 18-hole golf course, 700 luxury villas, 350 apartments and a 350-room, five-star resort.

“I want to make sure that the development we are involved in here can become one of the top resort developments in the world today,” Norman said.

The state plans to have a short list of bidders finalized by the middle of the year and announce the three winners by mid-2015.