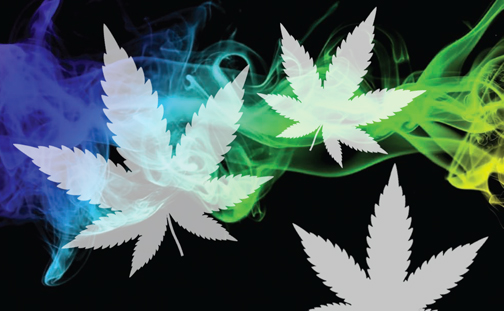 The legalization of medical and recreational marijuana in several states where gaming is also legal has posed a particular problem to casinos in those states.

Not only has the gaming industry been waiting for the new administration to issue guidance on the legality of the marijuana industry; the entire country has been waiting, for a wide array of reasons. Marijuana is classified as a Schedule 1 substance and is illegal under federal law to manufacture, distribute or dispense; yet, it is common knowledge that many states conflict with the federal law.

Former Deputy Attorney General James Cole issued a memorandum (the “Cole Memo”) in August 2013 to all United States attorneys that provided guidance regarding marijuana enforcement, with an additional memo regarding the same topic in February 2014. With several conflicting state and federal laws, many expected the federal government to make a decision on the legality of marijuana.

While this still hasn’t happened, the Cole Memo has served as guidance to not only U.S. attorneys, but to financial institutions, casinos and many others on where the federal government will dedicate its resources.

On the same day the Cole Memo was issued, the Financial Crimes Enforcement Network (FinCEN) issued guidance on BSA expectations regarding marijuana-related businesses.

At a high level, the guidance left each financial institution the freedom to make its own choices regarding marijuana-related business. (It’s important to note that FinCEN and the Treasury Department treat casinos as financial institutions if they have gross gaming revenue over $1 million in each calendar year.)

More importantly, the guidance provided information for how financial institutions should file a suspicious activity report (SAR) when deciding to provide services to a marijuana-related business. The direction from FinCEN on marijuana SAR filings were as follows:

“Marijuana Limited” SAR Filings—the financial institution provides financial services to a marijuana-related business and believes the customer does not implicate one of the Cole Memo priorities.

“Marijuana Priority” SAR Filings—the financial institution provides financial services to a marijuana-related business and believes the customer has implicated one of the Cole Memo priorities.

How would the casino know if the dispensary was growing marijuana on public lands or selling marijuana to minors (two priorities from the Cole Memo)? Thus, filing an SAR “Marijuana Limited” or SAR “Marijuana Priority” would likely be very difficult or almost impossible.

The casino, with much more certainty, would file a normal SAR, or an SAR “Marijuana Termination,” if they decided to terminate the relationship with the customer. There is no doubt this guidance was written for banks, which can perform their due diligence procedures before deciding to engage in business with a customer, rather than casinos or other businesses that are considered “financial institutions” which, due to the nature of their businesses, often have to perform due diligence procedures after the business is conducted.

Nevada is the largest gaming state in the U.S., and was the fifth state to legalize recreational marijuana on July 1, 2017. Not only is Las Vegas the gaming mecca of the U.S., but it is also one of the top tourist destinations in the country, which makes it a very lucrative market.

The Nevada Gaming Control Board has been very clear on marijuana in the gaming industry, and it is not accepted. The board has banned the use of marijuana by casino patrons. Casinos are not allowed to have relationships with marijuana-related businesses, and those licensed by casinos cannot be involved in the business in any way. The Nevada Gaming Policy Committee continues to monitor marijuana-related issues on a consistent basis.

Reuters states that if California were its own country, it would be the sixth-largest economy in the world, with gross state product of $2.46 trillion. On January 1, California went live with legalized recreational marijuana (Proposition 64), which passed the state legislature in 2016 with an approximate margin of 56 percent to 44 percent.

This is expected to be the largest legalized marijuana market in the United States, worth approximately $6 billion to $7 billion in annual revenue. The state of California expects to collect between $750 million and $1 billion in tax revenue off the sales of marijuana. There is no doubt that the current White House administration has had friction with the state of California, but it was still a surprise when the announcement of a new memo with marijuana enforcement came in early January.

The memorandum does not state how the Department of Justice plans to enforce these laws or direct prosecution for current U.S. attorneys. With the release of this memo, there is no doubt the current administration is taking a different tone on marijuana activity and plans to crack down on the industry. Not only does this create confusion for states that already have legalized recreational and medical marijuana, but it creates confusion for the gaming industry as well.

With the taxes generated and the budget deficits in most states (almost all states that have legalized recreational marijuana are in a serious budget deficit situation), the states will have some difficult decisions to make if changes at the federal level aren’t made. With almost all marijuana prosecutions, other crimes such as money laundering and the Bank Secrecy Act are affiliated.

This raises the question of at what point is a casino considered a co-conspirator. This leaves casinos in a compromising position, as they will need to make decisions about doing business with customers who are involved in marijuana-related businesses. This may need to be documented in their Title 31/AML compliance programs, training will need to occur, and many parties will need to be involved in decision-making processes.

Moving forward, several actions could occur that would provide the public, marijuana businesses, financial institutions and casinos more guidance on what they are supposed to do after this memo was issued with no warning.

FinCEN could issue guidance for financial institutions including casinos, similar to the 2014 provisions (FIN-2014-G001). This guidance should focus on other businesses and not just banking institutions. FinCEN recently appointed Kenneth Blanco as its director, replacing former Acting Director Jamal El-Hindi from the previous administration. It’s too early to tell what direction Blanco will take in leading FinCEN.

Prior to FinCEN, he was the acting assistant attorney general of the Criminal Division at the United States Department of Justice. He is quoted as saying he has 28 years of prosecutorial experience. Another key position to monitor is the Treasury Department’s under secretary for terrorism and financial intelligence, which approves all regulations developed by FinCEN. This position was confirmed in June 2017 by Sigal Mandelker, who previously served in senior law enforcement and national security positions for Homeland Security.

If there is one thing for certain from the recent Sessions Memo to all U.S. attorneys, it is that the gaming industry, along with several other industries, needs more guidance on this important issue. This guidance would be welcomed from Congress, FinCEN or the Attorney General’s Office, but there is no doubt more federal guidance is warranted.

Grant Eve is a partner in Wipfli LLP/Joseph Eve specializing in tribal and commercial gaming. He has several years of experience working with tribal gaming organizations and commercial casinos in Nevada. A recognized leader in the tribal gaming industry, Eve has authored numerous articles and has been interviewed in industry publications. In addition, he has testified before the United States Senate’s Committee on Indian Affairs about the future of internet gaming and its impact on the industry. Eve is a sought-after presenter and frequently presents seminars and training related to the gaming industry.