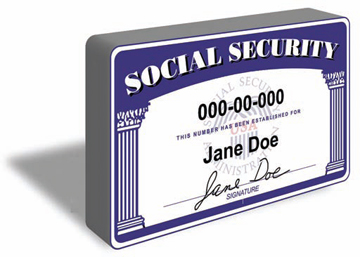 A lot has changed following the onset of legal, regulated online gambling in the United States. One of the most noticeable changes from the players’ perspective occurs at their first point of contact, at registration, where they are suddenly confronted with a number of hoops to jump through just to create an account.

This is a far cry from the days when all online gambling in the U.S. was based offshore, and regulations and oversight were missing in action. In this quasi-legal environment, players became accustomed to lax policies, and registering online gaming accounts under what amounted to the honor system. Checks were either cursory or completely nonexistent, as players were simply asked to fill in their name and address (truthfully or not in some cases), and check the box indicating they were over the age of 18.

In legal markets, they must now submit to a comprehensive identity check that includes divulging their Social Security number, and cross-checking identities against databases and credit bureaus. In addition to their identities, their devices must also be laid bare free from IP masking or VPNs, so geolocation service providers can pinpoint their location beyond a reasonable doubt.

The Alternative Isn’t An Option

Online gaming sites operating in the United States had been (and in some cases still are) knowingly operating in what could be labeled at best a gray market. This didn’t matter much, since the sites were located in far-flung locales, largely beyond the reach of U.S. authorities, and were more or less self-regulated (or unregulated).

Some did things the right way, but others did not, and there was nobody capable of making sure they were. The regulatory bodies that were issuing these sites their licenses did little in the way of real oversight or due diligence. This wasn’t about consumer protections and providing oversight; this was about the issuance of a piece of paper and a seal that gave the website an air of legitimacy.

Amid this backdrop, creating an account was a quick and easy process, but one rife with fraud and abuse. The lax regulations did little to prevent underage access or curb multi-accounting. Worse, internal controls and audits were also on the honor system, which meant customers were given zero protection from unscrupulous operators, some of whom mismanaged and/or outright stole player funds.

So, even though players may be frustrated with the hoops they must now jump through in order to create an online account with a licensed operator, it’s still light years better than worrying if your money is going to disappear overnight, if the games are on the level, or if your personal information will be sold on the black market.

That’s All I Can Stands; I Can’t Stands No More

Before Black Friday there were already multiple cheating scandals, and dozens of instances of online gaming sites shuttering their virtual doors and taking whatever money was left with them, while their customers were left with no recourse and no way to petition for their lost money. What made Black Friday different was its scope, as it impacted virtually every online poker player in the United States and put hundreds of millions of dollars of player funds in jeopardy.

Full Tilt Poker players were the hardest hit, as players were owed in the neighborhood of $150 million—money that would have almost certainly been lost forever if PokerStars hadn’t bought its longtime rival with a portion of the sale price designated for account balance refunds.

What made the situation at Full Tilt so concerning was the site was seen as one of the companies doing things the right way. In the end, the legitimacy of the site turned out to be the proverbial house of cards, and Full Tilt was no better than Lock Poker or any other site that used player account balances for operational expenses, and in the case of Full Tilt, to pay shareholder dividends.

The Full Tilt debacle acted as a clarion call for legalization and real regulations. After coming so close to losing $150 million, suddenly everyone wanted to see the industry legalized and properly regulated, since there was no real way to know if a company was on the up and up.

A Shortcut To Legalization

Legal, regulated online gaming in the United States wouldn’t take long. Just months after Black Friday, the legalization ball began to roll, thanks to the DOJ and a query by state lotteries.

In September 2011, the Department of Justice Office of Legal Counsel issued an opinion stemming from an inquiry from New York and Illinois regarding their ability to sell lottery tickets online in state. The opinion, which limited the scope of the 1961 Wire Act to sports betting, not only green-lighted intrastate online lottery, it also expressly allowed states to legalize and regulate online gambling within their borders.

For advocates who had long dreamed of legal online gaming, and the players still reeling from Black Friday (and still wondering if they’d ever see their Full Tilt Poker money), this was a major victory. It was seen as the beginning of the end of customers falling victim to unscrupulous unregulated online gaming sites.

Nevada, Delaware and New Jersey moved quickly, and by the end of 2013 licensed, regulated online gaming sites were available to residents in those three states—unfortunately, further legalization efforts have stalled, and the remainder of the Unites States is still at the mercy of the unregulated industry that continues to go deeper and deeper underground.

No Margin for Error

But players quickly discovered effective regulation of online gambling requires policies and safeguards with real teeth, regulations that required players to make a tradeoff, and give up some of the convenience the offshore unregulated sites provided.

In fact, U.S. players soon discovered the verification processes in place were far more rigorous than in any other regulated online gaming market. The reason Nevada, Delaware and New Jersey went above and beyond was because online gambling continues to be a point of contention in the United States, with groups and individuals ready to pounce on any negative headlines.

So, when New Jersey, Nevada and Delaware were crafting regulations to oversee their forthcoming online gaming industries, they did so under the assumption that there was zero margin for error. They had to get it right, and getting it right meant robust regulations that err on the side of caution.

In practice, this led to:

They Are Who We Thought They Were

When it comes to verifying a player, Matthew Katz, the CEO of CAMS—one of the companies tasked with verifying players for legal online gaming sites—once explained the process as akin to answering the six questions familiar to every reporter: the who, what, where, when, why, and how.

For most people, everything will line up perfectly, and they’ll swiftly be approved for play. For others, with inaccurate or incomplete data, the verification check can go down one of two roads, and they can be:

The Uncomfortable But Necessary Question

The invasiveness of these checks, and the decision to err on the side of caution, is a double-edged sword.

Yes, they improve the efficacy of thwarting underage access and/or out-of-state access, but at the same time, the process can be frustrating for people not trying to game the system, and for the skeptical among us, the need to divulge their Social Security number is often a bridge too far.

A Social Security number is the central piece of the puzzle that verification companies use to cross-reference the prospective customer in databases, not to mention that it’s also required by law under the Bank Secrecy Act and Patriot Act, since casinos are subject to the same anti-money laundering protocols as banks. Like a financial institution, casinos must record a person’s name, address and SSN whenever an account is opened.

Because of its importance, it’s also a piece of information U.S. residents have been conditioned to guard, and unsurprisingly, it’s one of the first drop-off points for registering players, as Borgata CEO Tom Ballance said at a 2014 online poker hearing in California, when he noted the SSN request was the leading drop-off point, but far from the only one.

My own firsthand experience is a perfect example of how stringent the verification process can be.

Soon after the industry launched, I registered an online poker account at one of New Jersey’s licensed sites—you can register and fund an account outside of New Jersey, but you cannot play unless you’re located inside the state’s borders.

I filled in the information requested fully and honestly, so it was a bit unnerving to see that my account had been flagged and prompted to contact customer support to sort it out.

Why was my account flagged? Apparently, I entered my name as Steve instead of Steven—the latter being how it’s written on my Social Security card.

This trivial oversight was enough for the site to flag my account and request that I call customer service in order to make sure I really was who I claimed to be, which meant I had to jump through a few more hoops.

On the one hand, this type of rigorous oversight is a breath of fresh air compared to the dozens of offshore accounts I’ve registered at over the years. It makes it difficult for anyone to game the system, and it instills confidence that the regulations are working.

That being said, it’s easy to see how it creates a second drop-off point. Put in the same situation, many would-be players would be reticent to call customer support, since they entered all information properly. It’s easy to envision someone becoming frustrated with the whole process and simply closing the window and moving on to some other activity.