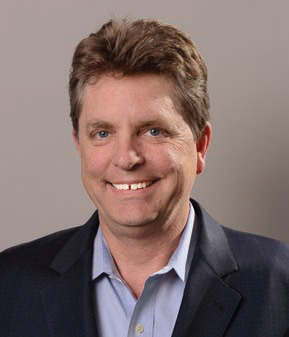 James Kennedy joined Scientific Games in 1985, when the company was one of the main suppliers to what was a still-young but rapidly growing state and provincial lottery industry in North America.

Now, as group chief executive of lottery for the end-to-end gaming and lottery supplier that is today’s Scientific Games, Kennedy is poised to usher in a new era for global lotteries.

The industry will view it firsthand this year in Canada, where Scientific Games is working with the Atlantic Lottery Corporation on a new integrated network. “We’re pulling together a single-wallet, single-execution system that I think is the model for the future,” Kennedy says. “It is a one-stop shop of systems integration allowing the consumer to play across the lottery portfolio, and eventually casino games.”

When it comes to Scientific Games’ lottery division, in fact, it’s all about the systems. The company’s leaders, including Kennedy, knew this long before Scientific Games acquired WMS and Bally. After Kennedy took the lottery helm in November 2013, one of his first tasks was to combine the system divisions, in a way that would maximize use of the talent already there.

That task was accomplished by having the most talented executives essentially switch roles. “We’ve taken key leadership we had in both the gaming and lottery divisions and cross-pollinated across the organization,” Kennedy says.

“Prior to the acquisition, Bally was the leader in casino gaming systems around the world. Today at Scientific Games, we have a global footprint all the way from China through Europe, and North and South America,” says Kennedy. “Bringing Walt over to the lottery side was a great way to immediately leverage that technology base. Steve, who basically grew up in the lottery business, has been a boon on the lottery side. It’s been a great technology transfer, and we’ve already seen the benefits of it in some of the recent contract wins.”

For 2016, the fruits of this technology transfer will be the next-generation platform for ALC in Canada, and similar systems Scientific Games provided for Norsk Tipping in Norway, and will soon create in Denmark. For other customers, particularly in the U.S., Kennedy’s team is working to modernize retailers and serve customers using all available channels.

As convergence of lottery and gaming markets continues this year, Kennedy says the basic priorities of the company’s lottery division remain the same as they were when he started in 1985—integrity and product growth.

Of course, the merger has provided tons of meaningful content from brands like Bally, WMS, Shuffle Master and Barcrest. “We’re producing 50 billion scratch-off tickets and providing system support and game content to roughly 150 lottery customers around the world, so keeping that engine humming is a key priority,” Kennedy says. “On top of that, you have to be creating new solutions and new content. My focus in 2016 is getting these new-generation systems integrated, getting our interactive platform extended, and—a personal goal—solving some of the retail channel conflict, in which retailers are dependent on the lottery but don’t necessarily have the best tools to operate the business.”

Kennedy knows all about operating with the best tools. With Scientific Games, he has the biggest toolbox in the business.