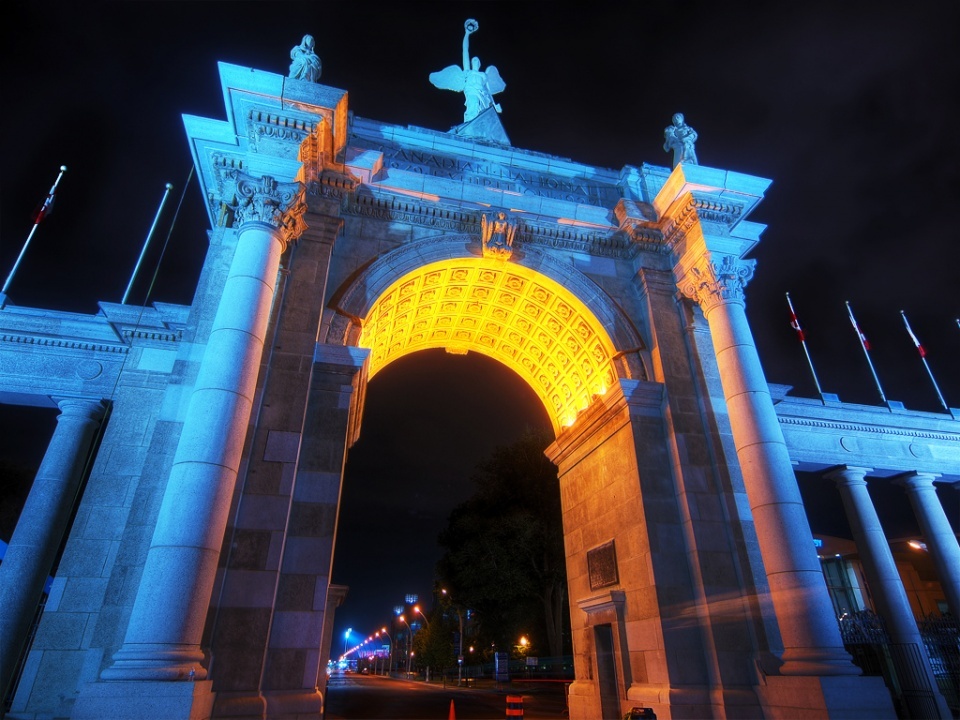 In Canada, each province has a monopoly over gaming which takes place within provincial boundaries. The Ontario Lottery and Gaming Corporation (OLG), Ontario’s provincial gaming monopoly, reported over billion in profits last year. Despite its large profits, certain aspects of OLG’s operations, such as its revenue from casinos located on the Canada-United States border, have been in decline.

As a result, in 2010, the government of Ontario asked OLG to review its operation to ensure future success. On March 12, 2012, OLG presented the results of that review, delivered in the form of a Strategic Business Review to the Ontario Ministry of Finance setting out OLG’s plans to modernize lottery and gaming in Ontario.

The review notes that the “lottery and casino games available in Ontario were designed in the 1970s and 1990s for the core gaming demographic of the time.” The review cites advances in technology, changes to customer shopping patterns, demographic shifts, and a decrease in visits from American customers as reasons for declining revenues, and notes a lack of participation by adults under the age of 45 in Ontario government-run gaming.

The review made three broad recommendations with respect to the policy and practices of the OLG:

• expand regulated private-sector delivery of lottery and gaming; and

• renew OLG’s role in the oversight of lottery and gaming.

The review recommends making gaming opportunities more accessible to customers. Specific recommendations include expanding the location of slot facilities beyond casinos and racetracks and adding additional gaming facilities in the province. As well, the review recommends expanding the location of lottery terminals beyond convenience stores and into supermarkets and large retailers.

The review’s recommendation that OLG operations expand regulated private-sector delivery of lottery and gaming is a major change in philosophy for OLG and state-conducted gaming in Ontario. Presently, casinos and racetrack slots facilities in Ontario are operated by a mix of OLG and private-sector entities. At the time of the release of the review, the OLG directly employed approximately 7,700 people, and indirectly used the services of approximately 10,000 private-sector employees. The review expresses the benefit of modifying this system, whereby regulated private operators are engaged by the OLG to run the day-to-day operations of all existing OLG-operated gaming facilities and all new gaming facilities, gradually reducing the number of people directly employed by OLG.

The review’s recommendation that OLG renew its role in the oversight of lottery and gaming envisions the OLG improving its conduct and management of gaming by improving its business and infrastructure to manage all aspects of customer interaction. This will include customer and game management (databases, approval or marketing programs) and market management (high-level planning for new gaming sites, product strategy).

Since the review was released in March 2012, OLG has made progress with respect to its modernization plan in three areas of gaming modernization: gaming, lotteries, and i-gaming.

OLG released its RFI for gaming on May 17, 2012 and closed it on July 4, 2012. In the RFI, OLG divided the gaming market in Ontario into 29 “gaming zones,” geographic areas where regulated private-sector providers will be allowed to operate a gaming facility. For each gaming zone, OLG has defined the geographic boundaries, the number of gaming positions, payouts and betting limits, the types of games offered and the responsible gambling policies that will apply to all zones across Ontario.

Approximately 8 million Ontarians played the lottery in 2011. The review notes that OLG’s current technology and sales model with respect to lottery could be improved to better serve an evolving customer base. There are approximately 10,000 lottery terminals across Ontario, but as OLG notes, those terminals do not reflect the shopping patterns of adults in Ontario. Lottery terminals will be expanded to include “multi-lane” solutions for supermarkets, drug stores and big-box retailers.

OLG is currently exploring opportunities to move the day-to-day operation of its lottery network to a private-sector operator, and to deliver its product through new channels such as the internet and through mobile devices.

OLG described three goals with respect modernizing its lottery program. The first goal is to introduce a new sales channel for lottery products. OLG intends to accomplish this goal by expanding options for sales to include multi-lane checkouts at major retail outlets such as grocery, drug and big-box stores.

The second goal is to provide a platform for further innovation of OLG’s lottery business. OLG intends to accomplish this goal by allowing more rapid development and deployment of new lottery games, as well as increasing the capacity of OLG’s lottery network for non-lottery purposes.

The third goal is to increase operational efficiencies. OLG intends to accomplish this goal by engaging a service provider to assume the responsibility for the day-to-day operation and upgrade of its network of existing lottery terminals.

Potential service providers are being asked to demonstrate their experience as it relates to the lottery business, including:

• access to the resources, tools and technology needed to operate a

• capacity to lead the transition of customers, retailers, employees and

technology to a new operating model.

The service provider selected by OLG will be responsible for recommending strategies to maximize the growth and success of OLG’s lottery business, developing products and market plans, operations, and process and cost optimization. The service provider will also be a single point of contact for OLG by being responsible for subcontractors and ensuring that OLG’s modernization requirements are met.

As noted earlier, OLG’s new role will be to step back from the operation of lottery, and focus on the conduct, management and oversight of lottery. Included in OLG’s new role is setting the overall strategy for lottery, managing the market by approving channel strategies and products and preventing and mitigating the effects of problem gambling through OLG’s responsible gambling program.

According to OLG, $1 billion is wagered annually by Canadians on i-gaming sites that are not authorized in Ontario, $400 million of which is wagered by Ontarians. In August 2010, OLG announced its intentions to offer i-gaming to Ontario residents. In providing its i-gaming product, OLG is focusing on analyzing and enhancing best practices and security procedures adopted in other jurisdictions across Canada and Europe, and has committed to implementing a strong responsible gambling program and offering increased player protections, secure transactions and data privacy.

OLG has set up a website at www.playolg.ca with introductory information about OLG’s i-gaming product. According to the FAQ section of the website, “PlayOLG will launch its full gaming and service solution to the public in the second half of 2013.”

OLG released its RFI for providers of internet gaming services on November 15, 2010 and released its RFP on December 9, 2011. The RFP closed on February 17, 2012. OLG has not yet announced its game providers for launch.

Will a Gaming Site be Built in Toronto?

Any proposed new gaming site, or movement of an existing gaming site, requires municipal approval, as well as approval from OLG and the Ontario government. Toronto, Canada’s biggest city and North America’s fourth largest city, does not currently have a gaming site, and residents of the city and Toronto City Council appear to be divided as to whether a gaming site should be located in the city and, if a gaming site is approved by the municipality, what a suitable location would be for the gaming site.

A report was supposed to be delivered to the Toronto City Council’s executive committee in mid-March, with the executive committee debating the issue on March 20. The report is to consider the pros and cons of a gaming site in downtown Toronto or at an existing racetrack and slots facility in Mississauga, a suburb of Toronto, and the results of public consultations. However, due to delays in receiving the report, the city council debate and vote will be delayed until April at the earliest, and possibly May or later.

Officially, the report was delayed because city staff are awaiting receipt of certain information from OLG. Critics of a Toronto gaming site have stated that the delay is a stall tactic being used by Toronto Mayor Rob Ford (who has publicly voiced his support for the casino development) due to a lack of votes in favor of a downtown Toronto gaming site.

The potential of building a gaming site in Toronto has drawn interest from elite gaming and development companies pledging to invest billions of dollars in gaming and non-gaming facilities.

In addition to the billions of dollars in investments into the development of gaming and non-gaming facilities, benefits of a Toronto casino include the creation of nearly 10,000 permanent jobs, the attraction of over a million new visitors to Toronto who would spend approximately $1 billion on non-gaming activities, and $50 million-$100 million in annual hosting fees to the city of Toronto.

While critics may point out that discussing “modernization” in the same vein as “monopoly” seems counter-intuitive, OLG must operate within the framework of the Canadian Criminal Code, which requires OLG to “conduct and manage” all gaming in Ontario. By involving the private sector in the operation of gaming, lottery, and i-gaming to the maximum extent possible while still “conducting and managing” gaming in Ontario, OLG appears to have taken a step forward toward ensuring its future success.

Plans to offer i-gaming were made public prior to the release of the review. OLG

announced its plans to offer i-gaming in August 2010.