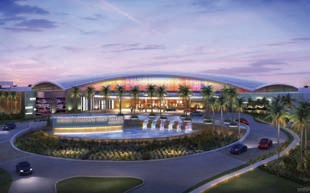 A federal judge added to the Tohono O’odham Nation’s unbroken string of legal victories last month when he ruled that the tribe’s plans to build near Glendale, Arizona do not violate the state’s compacts with its gaming tribes.

The casino the tribe hopes to build in Glendale is opposed by Governor Jan Brewer, most of the state’s congressional delegation and several competing gaming tribes, including the Gila River Indian Community.

Besides the lawsuits, two U.S. representatives, Trent Franks and Ed Pastor, have sponsored bills that would prevent the tribe from going forward with its plans for many years.

A U.S. District judge rejected the arguments by the plaintiffs that the O’odhams’ plans violated the intent of Proposition 202, in which voters amended the state constitution to allow Indian gaming. The compact limited the number of casinos in the state, but allowed the O’odhams the option of adding a fourth casino. Judge David Campbell ruled that the proposition did not set a geographic limit for where that casino might be, although the plaintiffs insist that all the tribes at the time agreed to limit casinos in the West Valley that includes Phoenix.

Now that the judge has rejected their arguments, leaders of the Gila River tribe have urged Congress to act as a court of last resort.