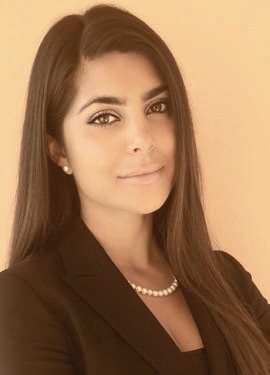 At only 28, she has received three promotions, which have led her to become the youngest professional in the management team for the pre-opening of the $3.5 billion Baha Mar Resort and Casino in the Bahamas, where she currently resides.

Her interest in gaming was first sparked in her senior year at the Marshall School of Business at the University of Southern California during a passing conversation with her cousin. He told her the gaming industry was a multi-faceted, progressive industry with a lot of growth potential. Additionally, many gaming companies were expanding outside of the U.S., particularly in Asia. “This sparked my interest in gaming,” she recalls. “I wanted to be involved in a growing industry as well as get international business exposure.”

After graduating from the Marshall School, Sattar began her career in financial planning and analysis at the Venetian and Palazzo. She then transitioned to corporate finance at Las Vegas Sands Corp. Sattar was with LVS from 2008 to 2012, when she was the manager of corporate finance. Last year Sattar joined Global Gaming Asset Management (GGAM), which is a joint venture between Cantor Fitzgerald and former members of the Las Vegas Sands management team, formed to acquire, invest in, develop and manage hospitality and gaming assets globally.

On behalf of GGAM, Sattar moved to the Bahamas in June 2013 to live on site at the Baha Mar as the director of analysis and business development. Many people would be hesitant to move out of the country, but Sattar jumped at the opportunity.

“I’m open to anything as long as it is a learning experience,” she says.

On the ground at Baha Mar, Sattar was assigned as the direct right-hand to Paul Pusateri, the chief operating officer. “It has been an incredible experience, as it has given me the opportunity to look at the business from a leadership point of view,” Sattar says.

By living in the Bahamas, she has seen firsthand how much goes into building an organization from the ground up. “When I joined Baha Mar, there were less than 150 people on the team,” she says. “When Baha Mar is fully operational, there will be over 4,000 employees. Developing a strong culture and work ethic early on is crucial to the resort’s success in the long run.”

Sattar’s success can be credited to a mix of circumstance, relentless work ethic and guidance from industry leaders. She entered the gaming industry in 2008, “when casinos became ghost towns at the start of the recession.” Through this, she learned how to efficiently manage operations while minimizing overall expenses.

She has had multiple mentors and leaders who have given her advice and guidance throughout her career, the most influential being Omer Sattar, the executive vice president of vendor Sightline Interactive, who also happens to be the cousin that encouraged her to pursue gaming.

“When I first started in this business, he urged me to make the extra effort to learn more about the overall business and operations, instead of only focusing on the finance department I worked in at the time.”

Through his recommendation she spent multiple Friday and Saturday nights working on site with various operations teams to understand how they ran their business segments. Doing this allowed her to recognize the various components that make up the business and how they are interrelated.

Sattar is excited for the opening of the Baha Mar in spring 2015, and will continue to provide strategic support to ensure continued success in its operations. To those already in the industry or those looking to get their feet in the door, Sattar says, “Work hard and be relentless. Go above and beyond what your job responsibilities entail.”