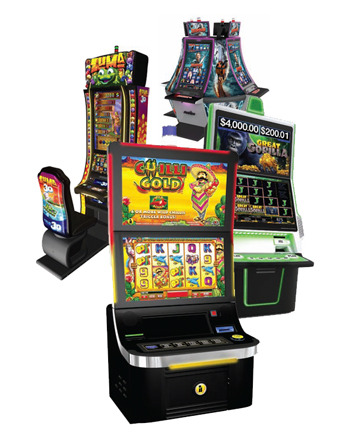 Welcome to our annual review of the new games that will be introduced over the coming  year by the world’s slot manufacturers.

The past few years have seen sweeping changes in the makeup of the slot sector of the gaming industry. Last year’s Global Gaming Expo served as the first official stage for a variety of recently merged suppliers, from the combination of GTECH, Lottomatica and the former IGT that created the current IGT to the merger of Bally, WMS Gaming and SHFL into the new Scientific Games.

On a smaller scale, last year, we saw the incorporation of a Class II suppliers into an acquiring company that had no Class II presence in the form of Aristocrat’s integration of VGT, and the combination of two top traditional Class II suppliers, Class III slots and a table game division into what is the new AGS. Then there was the combination of cash-access company GCA and slot-maker Multimedia Games to form Everi Holdings.

G2E last year offered what was mostly the first opportunity of  all the merged suppliers to stake out their new identities—mostly with only a few jointly developed offerings accompanying the legacy products of each pre-merger company.

This year can be called the coming-out party for all of those suppliers—the new IGT, the new Scientific Games, the new Aristocrat, the new Everi—with the product of more than a year of efforts to integrate the former companies into what is the new face of the slot business.

The first way these combined efforts will appear at this year’s show is in new cabinets, form factors and game styles the suppliers have developed to house the content of their newly positioned companies. Konami is launching five new cabinet styles this year, including some developed in concert with its parent company, Konami Holdings Corporation. Scientific Games and IGT are each launching three new cabinets, with games designed for the new platforms.

Aristocrat, Ainsworth, AGS, Everi, Incredible Technologies, Novomatic, Casino Technology—it would be hard to find a manufacturer not launching one or more new form factors this year.

The reason is that the flood of content pouring forth from the manufacturers strives to continue to redefine the nature of the slot machine. There are skill-based games in arcade style and in mobile-game style for the millennials. There are giant portrait-style monitors, immersive formats that create an intimate zone for the player, competitive bonus games, and a host of new brands to take players inside the worlds of popular films, TV shows and ancient stories. There is amazing 3D technology, holographic lighting and photo-realistic graphics.

The world’s slot manufacturers continue to forge new ground in their quest to define what the slot floor will look like in the coming years, and G2E is their first opportunity to demonstrate how they intend to create it.

On the following pages, in alphabetical order by manufacturer, are the new games that will define that slot floor of the future.