As the gaming industry reaches a crossroads of consolidation, our annual spotlight on the slot supply sector shows uninterrupted innovation 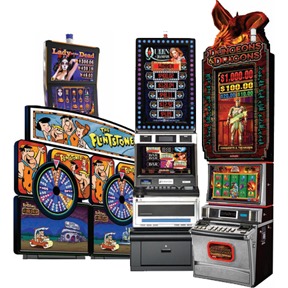 As is the case every year at this time, Global Gaming Business has been given a sneak peek by all the major slot manufacturers at what will be unveiled at this year’s Global Gaming Expo as the new “model year” of slot machines.

This year, our annual roundup of new slot launches takes on extra meaning, as consolidation in the supply sector continues to alter the landscape on which we all do business. By next year, the top five slot manufacturers—IGT, Bally, Aristocrat, WMS and Konami—will be the top three, as both Bally and WMS will have been absorbed by lottery giant Scientific Games.

IGT, meanwhile—still the leading slot manufacturer in the industry—will have been absorbed by another lottery giant, GTECH, and decisions will have been made that could affect the games not only of IGT but of GTECH’s Spielo division, which has seen unprecedented success in the slot market over the past year. (See cover story, page 24.)

For this year, though, the status quo of the current slot market remains, as the mega-deals go through the normal regulatory and shareholder scrutiny on the way to finalization. The merging companies retain their historic identities for now, and show up at the annual trade show with enough in their own innovative libraries to ensure that this year’s G2E will present its most diverse lineup of products from the major suppliers.

IGT, for one, is launching the first major upgrade in decades to its industry-standard traditional stepper line, with the unveiling of the much-anticipated S3000 line, while launching new branded slots from Harley-Davidson to Ellen. Bally is showing its chops with additions to its franchise Quick Hit series and new games like The Blob from its newly combined R&D team incorporating the former SHFL entertainment talent.

WMS has soldiered on as usual, its acquisition by Scientific Games seamless as it launches new branded games like The Flintstones and a version of Battleship in the Colossal Reels format. Aristocrat arrives with new themes from Sons of Anarchy to Batgirl, along with new versions of its classic core games. Konami draws on its roots in the international video game business to bring new experiences to the slot floor.

There is no shortage of innovation from smaller manufacturers, either, from groundbreaking new versions of Haunted House and Invasion from Multimedia Games to GTECH’s riding of the wave of popularity of its new True 3D technology.

On the following pages, in alphabetical order by manufacturer, you will find the 2014 coming-out party of the slot supply sector. It will be another amazing show, on the way to what could be one of the most intriguing years yet in the supply sector.